We really need to talk about bad eBook covers. We’re being inundated with them. It’s a tsunami of muddy colors, unreadable type and images that look like they were drawn by someone’s six-year-old kid.
Now, we’re all brilliant writers, that’s a given, right? But when it comes to eBook covers, few of us are graphic designers. This stuff is like a Mozart sonata to us. We know it’s good when we hear it but don’t ask us to sit down at the Steinway and try to play it.
Here’s the main point to take away here: Anything that reeks of amateur hour in your eBook will doom you. So yes, it pays to pay someone. But if you insist on designing your own cover, please do some research into what works. Troll through Amazon and look at the covers. Or CLICK HERE to see some really bad stuff. (Scroll down at least as far to my favorite “Lumberjack In Love.”)

If you hire someone, please don’t abdicate your power! Because YOU have final say on your cover and if your instincts say “it doesn’t quite work” go back to your artist and get a redo. I recently saw an author lament on a writer’s list that she “half-heartedly approved” her cover  because it “sort of conveyed the idea of the book and it was sort of okay.” She added it was too late before she noticed her name was so small and pale as to be unreadable. I looked at the cover. It’s clean, it’s professional looking, but it has no pop.

That author won’t get a second chance to make a good first impression.

I can hear you saying, “Huh, why should I listen to her?” Well, my professional resume on this is kinda thin. I’ve got a degree in art which included ad design classes, and I once made my living designing newspaper feature pages. And full disclaimer, my sister Kelly has a side business designing covers. But more important, I’ve studied this in preparation for our own eBook debuts. (Our backlist title DEAD OF WINTER came out last month and our novella CLAW BACK comes out this week. CLICK HERE to see them).

So here are my tips, with some sample covers I found at random on the Kindle site. First some general stuff.

KEEP IT SIMPLE BUT STRONG:  What works on a regular book cover usually doesn’t translate to eBook. One word: thumbnail. That’s the size your book comes up on most eBook lists. A paperback cover is about 64 square inches, a big canvas to display an image, title, author name and maybe a tagline and blurb. But an eBook cover is really just an icon, meant to be judged in the blink of an eye. So intricate detail, slender san-serif fonts, murky colors can put you at a disadvantage. Subtle isn’t always good in the Lilliputian world of e-bookstores.

PICK A MOOD:  You need to convey the TONE of your book immediately. Is it amateur sleuth a la Elaine Viets or hardboiled realism a la Barry Eisler, or wacky stuff a la Tim Dorsey? Make sure the colors, illustrations and fonts work together to support the mood. Zoe Sharp tells us at a glance what kind of book she writes 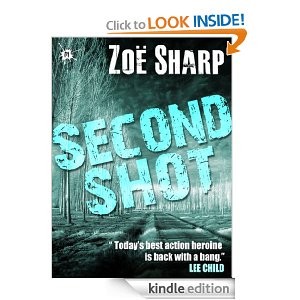 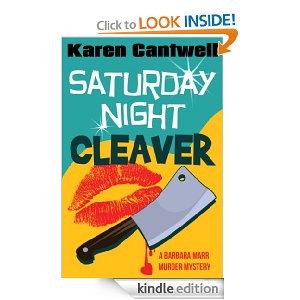 While we’re at it, non-fiction should have a different feel than fiction. Here are covers my sister designed for an author who wrote two books about the Civil War. 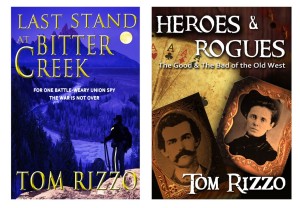 You can tell at a glance which is the novel and which is non-fiction. And note the use of blue versus brown. The blue conveys an elegiac tone; the sepia brown historic. Now let’s talk specifics.
COLORS:  Bright, saturated colors catch the eye so stay away from anything muddy. Unless you’re Gillian Flynn (“Gone Girl”) you probably can’t get away with a plain black cover. Also be aware of the psychology of colors. Red and yellow convey action (Ad guys know the seductive power of bright yellow on black, and there’s a good reason traffic signs are yellow and red). Other colors elicit different emotions: Blue is calming and confident but can also convey sadness and can be effectively noir-y. Political correctness be damned, pink and baby blue are girly and work good on lighter books. Orange is quirky (it’s a favorite for cookbooks!) Green, for me personally, misfires on fiction covers because, like purple, it is emotionally ambiguous. Exception: I think acid green and other neons can work great for some crime novels. Harlan Coben’s covers went from this

thanks to a good cover designer. Coben became visually branded via his striking neon covers. You, too, need to think about branding with your eBook covers, especially if you have a series. Before we settled on our final covers, Kelly and I came up with these for our first two Louis Kincaid novels. 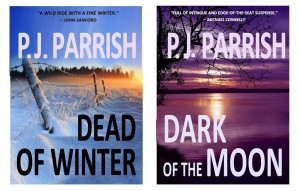 Note the uniformity of the type, mood, colors and use of landscape imagery. We jettisoned these because another author, CJ Lyons, used the exact same stock photo at left on one of her books. Try to stay away from all the cliche images that are showing up on eBooks now — like blood dripping from a woman’s eyes like tears and bloody hand-prints on windows. I mean, c’mon, you can do better.
FONTS: I have a thing for typefaces. I love them. Within their simple designs lie, well, fonts of emotion and you can almost feel the glee of their inventors. Look at how different these are:
THE KILL ZONE
THE KILL ZONE
THE KILL ZONE
THE KILL ZONE
THE KILL ZONE
THE KILL ZONE
Each conveys a different mood. Fonts are fun to play around with. But fonts are like sex. The more exotic it is, the more trouble you can get into. Go for READABILITY. Stay away from the cliche correlations because they tend to look like you’re trying to hard, in other words: amateur hour. Don’t use Comic Sans on a comic novel (don’t use it for anything…it’s ugly). Don’t use Lithos if your setting is a Greek Isle. Don’t fall back on Papyrus if you’re writing about Egypt. Don’t use Old English for a book set in 1800s London. (It’s not only a visual cliche it’s unreadable!) Remember: The three elements — color, graphic, type — must complement each other, not fight each other for attention.

Use a limited font palate. Yes, you can combine different typefaces on a cover, but be careful. Again, they must be readable and complementary. Here’s a good basic article on FONT SELECTION. And I realize that this is probably inside baseball, but it you don’t know about kerning, weight and how to align type, please hire someone who does.

GRAPHIC ELEMENT:  You can use either a photograph or an illustration but make sure it is quality. There’s are some great sites for buying stock art and photos, some free. I read recently that publishers are using more people on crime novels because research indicates character-driven books are selling better of late. So we are getting more of this 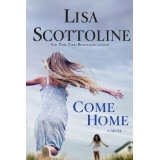 And less of this 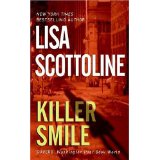 But those examples also say something about TONE. Lisa Scottoline has moved away from her old lawyer series (Killer Smile) and now writes “family-in-jeopardy” crime novels.  Likewise, you must find the right image for your mood. Other stuff: Don’t use the artwork of a relative unless your relative is a professional. Don’t photo-shop too many elements in an effort to convey EVERYTHING about your plot. This works: 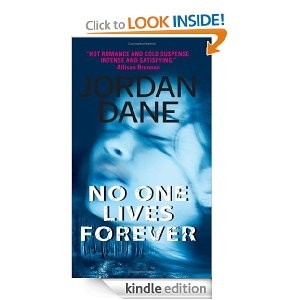 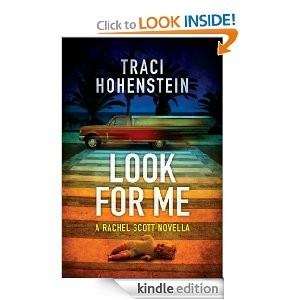 I like the way this cover blends a powerful image with the type and a touch of color: 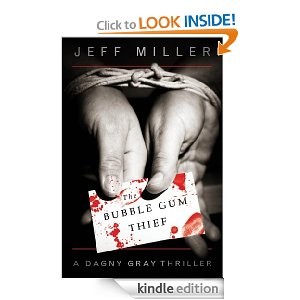 This is not bad but to me it just misses: 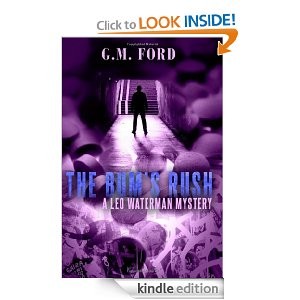 Why? The blended images don’t make sense and the cover is a tad hard to read. And you be the judge of this one:

Here’s one last example that sort of summarizes everything I’m talking about. Terri Reid is an eBook author with some real success. Here’s one of her eBooks: 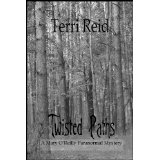 All her books have the same gray background and similar type faces. She uses trees as her signature image, which is a good idea because she’s writing a series. They’re serviceable covers. Would they be better if they could be “read” more easily at the e-bookstore? Would they stimulate you to try them if they “said” more about the content? (I had to go to her website to find out she wrote ghost stories; I thought this was psychological suspense.) Would a touch of color help “pop” the cover? I think so. Compare it to this similar “tree” cover: 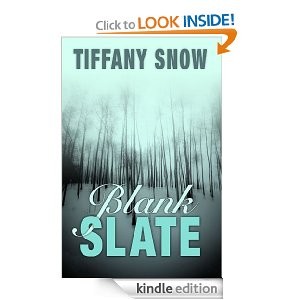 But Terri Reid apparently sold 60K books through Amazon last year (CLICK HERE) so maybe I’m wrong.  Maybe you CAN break the rules and get away with it.
Which leads us to this cover. You might have seen it.