Skip to primary content
Skip to secondary content
An author’s online presence has never been so important in order to sell their books. An active Instagram, informative Twitter and well laid out landing page are all perfect ways of boosting your growth. If you’re not sure how to make a website landing page, don’t worry; it’s simple, just look at bio.fm vs. Carrd for more information on the best one to use. Another great way to improve your presence while also building hype for your new books is to create book trailers.

Ever since book trailers came out, I’ve been taking notes off the writers’ loops on how to make them, what length they should be, what to include, etc. Recently, I distilled these notes into a one page outline for using Windows Movie Maker to make my own video. I’d save money if I could do it myself, right? First I began by writing the text for upcoming mystery release, Shear Murder. I made sure to use short lines and action verbs and keep it brief.

Now it was time to search for photos to match the lines. I went to my favorite site for royalty free pix at http://www.123rf.com and started adding photos to my Lightbox. This is time consuming but fun when you find the right characters and poses to suit your story.
Next comes the music. You’ll want to find a piece that evokes the feel of your story, builds tension, and has stanzas that work where you want your images or text to change. Huh? I am not musically inclined enough to figure this out. I searched through some of the sites and found some cool melodies but they cost nearly $30 each. Clearly I wasn’t looking in the right place. Now I’d have to start all over somewhere else. I tried a new site for music, but damned if I could figure out how it works. I can play the samples, but there isn’t any Lightbox. How do you acquire the tune?
This is getting too time consuming and confusing. I really wish I could learn how to do it myself, but I am ready to give up. I look through my list of video trailer producers. There’s one who offers reasonable fees if you do some of the work. No problem; I’ve already written my text and selected most of the photos. Budget is a concern, and I don’t want to spend a whole lot for an entity that isn’t proven to drive sales. Nonetheless, I’m afraid I’ll have to bite the bullet and hire someone. My time would be better spent elsewhere.
As for learning how to do a podcast next, forget it!
See the video for Silver Serenade here: http://www.youtube.com/watch?v=bNcSYlRHAY4
Produced for me by author Linnea Sinclair.

How many of you are Do It Yourselfers?

I got a Droid phone for Christmas and went from practically the Stone Age into a vision of an amazing future. I can scan barcodes and shop for the best price in town, use my GPS to find the latest trendy restaurant available by voice command, and even read books off my phone using a kindle download app for free. But the reason I’m blogging about my phone and the latest book trailer I had made for my first Young Adult book – In the Arms of Stone Angels (Harlequin Teen, Apr 2011) – is a cool app that I want to share with you.

A QR code looks like a Rorschach test. It is square and you may have seen them on pages of magazines, on signs, busses, business cards, etc. It works like a barcode and can be scanned like the stores ID their inventory at cash registers, but this code can be made by ANYONE using the hyperlink I posted above. It can be scanned via smart phone, like the Droid, with the right reader app. You can insert a secret message in text, insert contact information, or it can make a connection to a wireless network or link to a web page that opens on the phone’s browser. You can make the QR image play the part of a secret code made available only to winners in a contest or the code can direct a reader to your latest book trailer. Instant gratification for our visual society and a cool app toy!

This QR Code can be downloaded into a jpeg file that can be printed onto your latest bookmarks or made into stickers, whatever floats your boat. Anyone with a smart phone and a QR Code scanner can read your message. And in one swipe off your bookmark (or any other promotional material), a reader can be looking at your trailer in an instant. How cool is that?!

My contact at “Trailer to the Stars,” Misty Taggert, gave me the heads up on this app. It’s hard to quantify if book trailers actually sell books, but I sure love making them. And using a professional company like Misty and crew really made this effortless for me. I’m on deadline and they made the collaboration easy and simple, for my part. For them, not so much. I’ve done trailers myself before. It takes time and way more skill than I possess to do a trailer like this.

It’s hard enough to encapsulate your story into a short film of a minute and a half. But add a script, voice over talent, production music and action videos that fit, and movie animation effects for mood, and the process can get very complicated. And way above my paygrade.


For Discussion:
1.) What do you think of book trailers as a promotional tool? I was particularly interested in doing a trailer for YA. My target age for this book is 13-18 years old. And since Amazon and Barnes & Noble host trailers on an author’s book page, it’s great to have the opportunity to post a trailer at the point of sale.

2.) Have a great phone app to share? If you have a new phone and a great app to share, I’d love to hear about it. Hearing about new technology really stirs the creativity in me when I think of writing new books. Imagine an app that gives you Bluetooth capability, but also sends subliminal and subversive messages to your brain. Or picture an app that protects and backs up the contacts on your phone, in case it’s lost or stolen, but all the information for loved ones and friends (addresses, photos, phone numbers) make them a target for a dangerous predator unless you do exactly as they say. No one is safe. Anything can turn into a conspiracy with the right dose of paranoia.

3.) Want someone to indulge you? Hmmmmm, Basil? If you’re like the always inventive Basil Sands, you may want someone to invent an app just for YOU. What kind of phone app would that be? 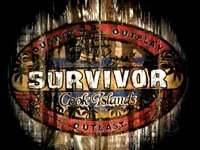