We’ve been talking quite a bit this week about online reviews, especially those on Amazon, B&N and other sites, and the fact that some authors have admitted to paying for glowing reviews in order to boost sales, so-called sock-puppet reviews. I think we all agree that this is a truly deceitful practice and should be condemned. Many well-know authors are speaking out on this. But I find it more that dishonest, it’s just plain sad. If a writer has so little faith in his or her work that a viable option is to purchase 5-star reviews, that’s sad. Our work should be accepted or rejected on its own merit—it should stand on its own.

No book has ever been declared great by everyone who read it. There will always be those who dislike a book for more reasons that we can count. As a matter of fact, it never ceases to amaze me the vast span of reactions to books including my own and those of my friends. Pick any bestseller and you’ll find someone who loves it and someone else who doesn’t. And often both are willing to say so, in the strongest of terms. There are more than enough good, bad and ugly reviews to go around.

So I thought that instead of talking about online reviews, I’d share some of mine with you. I’ve listed 5 of my thrillers (all co-written with Lynn Sholes) and a sample of the good, the bad and the ugly online reviews we’ve received over the years.

Disclaimer: I have no idea who wrote and posted these nor have I ever paid for a review. These samples were gathered from Amazon and Goodreads.

The Good: “I’ll read anything these two authors write. I have to be careful not to put a spoiler in this review, but there is one scene that knocked me off the sofa. I don’t often squeal during a movie scene when the bad guy comes out from around the dark corner, but there was a scene in this book that made me jump and I almost flung the book across the room. I won’t tell which one it was because I don’t want to ruin it for any other reader.”

The Bad: “I just couldn’t figure out if this book was for "young adult" reading or "teen reading" or adults or Christian reading or even anti-religion.”

The Ugly: “The writing is deplorable, the style so bland I had to read a page twice to make sure it was indeed that bad!”

The Good: “What I want to know is when is this going to come out as a movie? It has to be one of the most exciting thrillers I have ever read. I was hooked from the first page on when Cotten Stone (the main character) stumbles onto the dig site of the Crusader’s tomb.”

The Bad: “This started with interesting characters and action, but the quality of writing was fair and the story went downhill. Would not recommend even as a beach book.”

The Ugly: “The book was simply boring and poorly written. The characters had no depth. The plot took forever to go anywhere.”

The Good: “This was one of those books you cannot put down. Basically I was on the edge of my seat so to speak whilst reading it. Exciting, mysterious. Well written, keeps you guessing. Loved it… Would recommend as great reading!”

The Bad: “It takes more than an exotic location and some perceived struggle between good and evil to make a good story.”

The Ugly: “Religious hype … I was totally disappointed.”

The Good: “Lynn Sholes & Joe Moore have given us an exciting, fast moving, and scary novel. The proverbial "page turner".

The Bad: “I had a hard time liking the main character, Cotten Stone. She was a bit too whiny for my taste.”

The Good: “Lynn Sholes and Joe Moore do a masterful job of telling an engaging story that involves religious prophecy, global disaster, mass plague and an unbelievable revenge plot against the U.S. and its allies by a long-forgotten enemy.”

The Bad: “It was so predictable.”

The Ugly: “This book was a big ‘I don’t care what happens to you, no matter how sad it may be’ kinda story for me. The first time I read a Sholes & Moore book, and definitely the last time.”

So now that you’ve seen a few of my good, bad and ugly reviews, how about you guys? Got the guts to share the best and worst you’ve received? What about those of you that have posted online reviews? Without revealing the book title or author, want to share your good, bad and ugly comments? 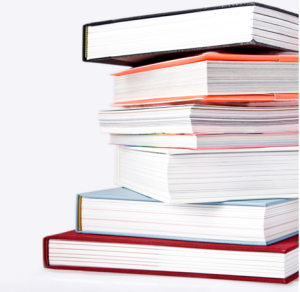 As I’ve probably mentioned here before, I recently started doing book reviews for a network of review sites (under a pseudonym). The experience has made me more aware of the many blogging platforms that exist today for readers (and reviewers) of books.

As we all know by now, the “big” media book review outlets are shrinking in number. Every other day, it seems, a newspaper that previously did book reviews cancels its section, folds, or gets absorbed into something else. (It’s worth mentioning that it was always a struggle for new authors or paperback originals to get reviewed in those media.)

What has flourished in the wake of the demise of traditional media outlets is a constellation of book-oriented blogs and other online venues. I’m still trying to get a grasp on the big picture of this new virtual world, including how it impacts authors (and readers). The New York Times ran an article a while back about book tours and reviews; it implied that there’s no hard data on how such publicity impacts actual book sales. That article was published in 2007, and three years can be a lifetime in the Internet world (consider the fact that was started in 2003). There are always anecdotal examples of an author here or there creating major buzz on the Internet by hitting the blog circuit, but what’s the overall picture? What really works, for an author who has a new book to promote?

My gut feeling is that book tours by authors are more effective than sites that do only book reviews, because the tours are usually hosted by noncommercial sites.  Nowadays, however, more sites are becoming “hybrids,” combining author interviews, book reviews, and related TV show discussions.


For my last few books, I used a publicist who would occasionally set up blog reviews for my novels. These reviews were (usually) positive and welcome, but I never had a sense of how these sites fit into the big picture.  Eventually I started exploring book review blogs on my own, and found it to be a bewildering world out there. Blogs are constantly being created and disappearing, and it’s hard to tell which sites are legitimate review sites, and which are strictly commercial venues. (Nowadays, bloggers are legally required to post a disclaimer about whether they get their review copies for free or whether they pay for them, but that information doesn’t help me know whether the reviews are “legitimate” or not). I revisited some of the review blogs on my list this morning, and discovered that many of them have stopped updating their content.

For readers, it may not matter whether a site does honest and “legitimate” reviews or not. They will gravitate toward sites that feature the types of books and authors they already like. Kind of like the way cable news shows attract the viewers that already agree with their opinionators.


I still don’t have a handle on how many book blog sites exist, overall. I would love to see a comprehensive list of book discussion and review blogs, one that would be updated regularly. Right now, booktour.com
seems to be one of the major comprehensives site for authors who want to coordinate their blogging outreach efforts (and in-person appearances). Of course, you have to pay for some of these services.

It would be nice to find a comprehensive list of book blogging sites, with indications of the types of reviews they provide, and how to contact them. Currently I’m developing my own list, bookmarked for future reference. One thing I’ve noticed is that there seem to be many more sites that review romance books and “cozies”, fewer devoted to thrillers and hard boiled mysteries. I’m not sure why that is. Perhaps cozies and romance books have a hard time getting reviews in major publication, so bloggers have picked up the slack.

Here are a few book blogging sites that have landed on my radar over the past few years:

Mysteries and My Musings

So I’m wondering–as a reader or author, which sites are your “go to” blogs for reviews and discussions about newly published books? If you’re an author, do you launch an organized blog tour when you publish a new book, and how do you go about doing that? Going forward, I’ll update this post with new sites worth checking out. Stay tuned!