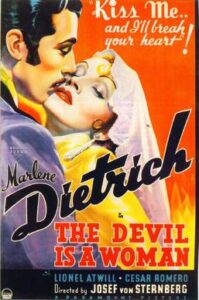 Remember when sports used to be about winning a trophy? Not a participation trophy, which didn’t exist until about thirty years ago. A trophy was supposed to be something you earned.

An athlete wins a letter by meeting a playing-time requirement. I remember winning my letter at ol’ Taft High. How proud I was. I could now rightly don the vaunted letterman’s jacket with leather sleeves and all. A big T was stitched on the jacket, to which I could add pins for certain accomplishments. When I was elected captain, I got to stitch a star to the triceps part of the sleeve.

Back then, jackets and letters and trophies were rewards on the merits. They were an incentive to strive, work hard, do your best.

How times have changed.

We just concluded the NFL draft in—fittingly—Las Vegas. Fitting because a Nevada sex worker offered the #1 pick another kind of “award”—a professional tumble, for free.

How inspirational! Another incentive for all you kids out there to work hard at your sport!

Pardon me as I try to hold down my breakfast.

Ah, but I am most happy to report that this year’s #1 pick, Travon Walker (DE, Georgia) sounds like a class act who will not be taking up the offer. In his video interview he paid homage to his Marine father for discipline and his schoolteacher mother for his grades. And thanked God for them both.

Go forth, young man, and be a star!

Lust—held the poets and philosophers, seers and sages—is the strongest and deadliest of the passions. It gets first place in the Bhagavad-Gita: “Lust, anger and greed, these three are the soul-destroying gates of hell.”

Or as Chaucer put it in Canterbury Tales:

Foul lust of lechery, behold thy due.
Not only dost thou darken man’s mind,
But bringest destruction on his body too…

Which is why lust is such a powerful fire in fiction. It is the force behind every femme fatale in noir, and almost exclusively the downfall of the male. Think of slick insurance man Walter Neff (Fred MacMurray) in Double Indemnity, or lawyer Ned Racine (William Hurt) in Body Heat. Think of Sam Spade in The Maltese Falcon, caught in the alluring web of the devious Brigid O’Shaughnessy even as he knows he must deliver her to the cops.

Lust in fiction is not the sole purview of the male, of course, as certain romance covers aver. Those six-pack abs and low-rider jeans do not betoken Sunnybrook Farm. And though I’ve never read it, isn’t lust the entire driving force of Fifty Shades of Grey? (I prefer the Amish version, Fifty Shades of Hay.)

At the end of The Maltese Falcon, Spade has to fight his passion for Brigid, the murderess of his partner, and his inner conflict is evident in what he tells her:

“Don’t say that, please.” She took his hand from her shoulder and held it to her face. “Why must you do this to me, Sam? Surely Mr. Archer wasn’t as much to you as—”

“Miles,” Spade said hoarsely, “was a son of a bitch. I found that out the first week we were in business together and I meant to kick him out as soon as the year was up. You didn’t do me a damned bit of harm by killing him.”

Spade pulled his hand out of hers. He no longer either smiled or grimaced. His wet yellow face was set hard and deeply lined. His eyes burned madly. He said: “Listen. This isn’t a damned bit of good. You’ll never understand me, but I’ll try once more and then we’ll give it up. Listen. When a man’s partner is killed he’s supposed to do something about it. It doesn’t make any difference what you thought of him. He was your partner and you’re supposed to do something about it. Then it happens we were in the detective business. Well, when one of your organization gets killed it’s bad business to let the killer get away with it. It’s bad all around—bad for that one organization, bad for every detective everywhere.”

“You’re not serious,” she said. “You don’t expect me to think that these things you’re saying are sufficient reason for sending me to the—”

“Wait till I’m through and then you can talk. Fourth, no matter what I wanted to do now it would be absolutely impossible for me to let you go without having myself dragged to the gallows with the others. Next, I’ve no reason in God’s world to think I can trust you and if I did this and got away with it you’d have something on me that you could use whenever you happened to want to. That’s five of them. The sixth would be that, since I’ve also got something on you, I couldn’t be sure you wouldn’t decide to shoot a hole in me some day. Seventh, I don’t even like the idea of thinking that there might be one chance in a hundred that you’d played me for a sucker. And eighth—but that’s enough. All those on one side. Maybe some of them are unimportant. I won’t argue about that. But look at the number of them. Now on the other side we’ve got what? All we’ve got is the fact that maybe you love me and maybe I love you.”

“You know,” she whispered, “whether you do or not.”

“I don’t. It’s easy enough to be nuts about you.” He looked hungrily from her hair to her feet and up to her eyes again. “But I don’t know what that amounts to. Does anybody ever? But suppose I do? What of it? Maybe next month I won’t. I’ve been through it before—when it lasted that long. Then what? Then I’ll think I played the sap. And if I did it and got sent over then I’d be sure I was the sap. Well, if I send you over I’ll be sorry as hell–I’ll have some rotten nights—but that’ll pass. Listen.” He took her by the shoulders and bent her back, leaning over her. “If that doesn’t mean anything to you forget it and we’ll make it this: I won’t because all of me wants to–wants to say to hell with the consequences and do it—and because—God damn you—you’ve counted on that with me the same as you counted on that with the others.” He took his hands from her shoulders and let them fall to his sides.

Spade set the edges of his teeth together and said through them: “I won’t play the sap for you.”

She put her mouth to his, slowly, her arms around him, and came into his arms. She was in his arms when the door-bell rang.

That’s why The Maltese Falcon is a classic and not another run-of-the-mill detective story. It’s not just about greed and murder. It’s about a man’s soul torn between two savage passions—lust and duty.

Is any of that going on in any of your characters?

37 thoughts on “Lust, Football and Fiction”