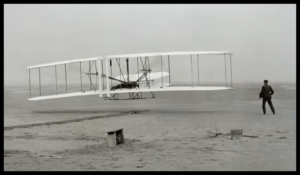 The incredible story of the Wright brothers is well known to all elementary school students. At least it used to be. Two men, neither of whom had completed high school, solved a problem that had been around since the time of Icarus. A problem so complex that it had befuddled some of the best engineers and scientists for centuries — the invention of controlled, powered flight.

How did they do it?

A March 2020 article in Scientific American aimed to answer that question:

Aviation pioneer Octave Chanute predicted in a speech in 1890 that “no one man” was likely to possess the imagination, mechanical acuity, mathematical capability and fundraising skill necessary to solve the problem of flight. “It is probably because the working out of a complete invention requires so great a variety of talent,” Chanute said, “that progress has been so slow.”

Chanute was correct. It did take more than one person to solve the problem of flight. It took two. Working together to solve the hundreds of issues that stood in the way of the first flight, the Wright brothers proved to be the perfect team, combining intellectual curiosity with mechanical expertise, hard work, and dogged determination to find the solution.

But in addition to all the natural talent and discipline, the brothers had another attribute that may have been the catalyst: they argued with each other.

The Wright brothers’ respect for each other made it possible to work together and argue every aspect of the project without having it affect their personal relationship. This may have been the deciding factor in their success.

Back to Scientific American:

They often argued about the technical specifications of their craft late into the night. After one particularly heated argument about the proper construction of the propellers, they found themselves in the ridiculous situation of each having been converted to the other’s original position in the argument, with no more agreement than when the discussion began. They argued because they sought truth, not because one brother desired to win a victory over the other.

The Wright brothers achieved their remarkable success because of their arguments, not in spite of them. I think there’s a lesson here for all of us.

I’ve had the good fortune to have worked with software development teams to design several systems. I’ve found the best teamwork is enabled when team members leave their egos at the door and engage in robust discussion about how to get the job done. Ideas are floated and team members are encouraged to poke holes in them and find alternate solutions to problems. Disagreeing without being disagreeable is the goal.

How does this apply to writing? Authors often find themselves on the receiving end of criticism and rejection. Feedback from editors, agents, critique partners, and even spouses can feel like cold water thrown on a writer’s best effort. And then there’s the occasional less-than-glowing review posted after the book is published. But sometimes even the harshest criticism given in a positive way will culminate in a better product and a better writer.

“Iron sharpens iron, and one man sharpens another.” –Proverbs 27:17

So TKZers: How do you handle criticism? Do you see it as “iron sharpens iron”? What advice would you offer new authors on the subject?

Murder with a dash of humor