Are you planning on murdering someone, but your only stop is the fear of getting caught? Or are you plotting a thriller where your serial-slayer stays steps ahead of that dogged detective who’s also top-tier in her trade? Maybe both? Well, I’ll give you a cake and let you eat it, too…if you’ll follow me on how homicide cops investigate murders.

Think about it. There are only four ways you can get caught. Or get away with it. All seasoned sleuths intrinsically know this, and they build their case on these four simple pillars.

Let’s look at them.

What Not To Do

#1 — Don’t leave evidence behind that can identify you to the scene.

#2 — Don’t take anything with you that can be linked.

Including all of the above, as well as the victim’s DNA, her car, jewelry, money, bank cards, any cell phone and computer records, that repeated modus operandi of your serial kills, no cut-hair trophies, no underwear souvenirs, and especially don’t keep that dripping blade, the coiled rope, or some smoking gun.

No accomplices, no witnesses, and no video surveillance. Camera-catching is a huge police tool these days. Your face is captured many times daily—on the street, at service stations, banks, supermarkets, pizza joints, government buildings, libraries, transit rides, private driveways, and in the liquor store.

Never, ever, tell anyone. That includes your best drinking buddy, your future ex-lover, the police interrogator, or the undercover agent. Loose lips sink ships, and there’ve been more crimes solved through slips of the tongue than any fancy forensic technique.

So, if you don’t do any of these four things, you can’t possibly get caught.

Humans are generally messy and hard creatures to kill—even harder to get rid of—so murder victims tend to leave a pool of evidence. Therefore, it’s best not to let it look like a murder.

Writers have come up with some fascinating and creative ways to hide the cause of death. Problem is—most don’t work. Here’s two sure-fire ways to do the deed and leave little left.

This one’s pretty easy, terribly deadly, and really difficult to call foul. A CAGE is a bubble in the bloodstream, much like a vapor lock in an engine’s fuel system. People die when their central nervous system gets unplugged and a quick, hard lapse in the carotid arteries located on both sides of the neck can send an CAGE into cerebral circulation. The brain stops, the heart quits, and they drop dead.

Strangulation is an inefficient way to create a CAGE, and it leaves huge tell-tale marks. You’re far better off giving a fast blast of compressed air to the carotid…maybe from something like that thing you clean your keyboard with…just sayin’.

Ah, the weapon of women. Man, have there been a lot of poisonings over the centuries and there’ve been some pretty, bloody, diabolical stories on how they’re done. Problem again—today there’s all that cool science. The usual suspects of potassium cyanide, arsenic, strychnine, and atropine still work well but they’ll jump out like a snake-in-the-box during a routine toxicology screen.

You need something that’s lethal, yet a witch to detect.

I know of two brews—one is a neurotoxin made from fermented plant alkaloid and the other is a simple mix of fungi & citrus. This stuff will kill you dead and leave no discernable toxicological trace—however, I think it’s quite irresponsible to post these formulas on the net.

What about you Kill Zoners? If you wanted to kill someone, preferably a fictional character, how would you get away with it?

Oh, and watch out for what’s in that cake you’re eating. 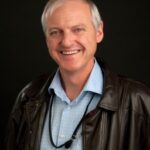 Garry Rodgers is a retired homicide detective with a second career as a coroner. Now, Garry reincarnated as a crime writer with a popular blog at DyingWords.net. He’s also on Twitter @GarryRodgers1, gave up on Facebook, and has an Amazon profile.

32 thoughts on “How To Get Away With Murder”