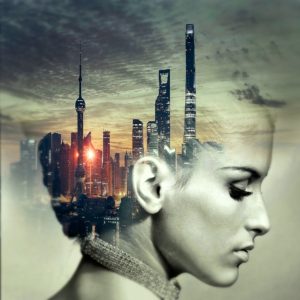 Half my life’s in books, written pages.
Live and learn from fools and from sages.
You know it’s true, oh
All the things come back to you…
Dream on!
– Aerosmith, “Dream On”

We’ve had several discussions about dreams here at TKZ. I believe the consensus rule of thumb (or, in deference to Brother Gilstrap, guideline of thumb) is never open with a dream. As Les Edgerton states in his excellent book Hooked: Write Fiction That Grabs Readers at Page One (Writer’s Digest Books):

Ah, remember the days of SASEs and paper manuscripts?

The only exception is when you alert the reader in the first sentence that it’s a dream, as in Last night I dreamt I went to Manderley again (Rebecca by Daphne du Maurier). Even so, I would counsel against the dream-sequence opening.

As for a dream later in the book, I recommend doing it only once and only for the specific purpose of revealing the character’s emotions at an intense time. Dean Koontz does this in Chapter 15 of The City:

Eventually I returned to the sofa, too exhausted to stand an entire night watch. I dropped into a deep well of sleep and floated there until, after a while, the dream began in a pitch-black place with the sound of rushing water all around, as if I must be aboard a boat on a river in the rain … (etc.)

The exception to this advice is when dreaming is an integral part of the plot. See, for example, Spellbound (1945, dir. Alfred Hitchcock).

Recently, I discovered another way to use a dream. It’s a perfect device for a mirror moment. Those of you who’ve read the book know there are two types of mirror moments that can occur in the center of the novel.

One moment is when the character has to look at himself, as in a “mirror” (sometimes literally) and reflect on who he is, inside. Will he change for the better? The rest of the novel is about whether a fundamental transformation takes place (as it does in, e.g., Casablanca).

The other type of moment is when the character looks at her situation and realizes she’s probably going to die. The odds are just too great. For example, Katniss in The Hunger Games. In the exact middle she assesses her situation and says to herself, This is an okay place to die. The story question for such a moment becomes will the character gain the strength and smarts to fight and win against the odds?

Here’s today’s tip: Either of those moments can be given to us through a dream.

I was re-reading John D. MacDonald’s final Travis McGee book, The Lonely Silver Rain. In this one McGee is dispatched to find a stolen boat. When he does, he discovers a grisly scene—three horribly murdered bodies. A bit later someone tries to kill McGee. Then there’s another attempt on his life. Why? McGee has no idea, except that it must have something to do with what happened on that boat. He undertakes a laborious investigation to find the answer. But he keeps running into a wall. Thus, in the middle of the book:

The cold had awakened me from a dream. I had been in a poker game at an oval table, with the center green-shaded light hung so low I could not make out the faces of the men at the table. They all wore dark clothing. The game was five-card draw, jacks or better to open. They were red Bicycle cards. Every time I picked up my five cards, I found the faces absolutely blank. Just white paper. I wanted to complain about this, but for some reason I was reluctant. I threw each hand in, blank faces up, hoping they would notice. All the rest of the cards were normal. I could see that each time a winner exposed his hand. There was a lot of betting, all in silence. A lot of money. And then I picked up one hand and found they were real cards. I did not sort them. I never sort poker hands or bridge hands. The act gives too much away to an observant opponent. I had three kings of clubs and two jacks of diamonds. In the dream I did not think this odd. They were waiting for me to bet when the cold woke me up. In the dream I had been shivering with the tension of having a good hand. The shivering was real.

Why did he dream this? McGee knows there are people out there to kill him, but cannot figure out who (he can’t see the faces of the other players). He has talked to many potential witnesses, to no avail (blank cards). The knowledge he does have may be misleading (like having three kings of clubs and two jacks of diamonds in a poker hand). The shivering in the dream is uncertainty, brought into the real world.

It seems to me a perfect way to show us “the odds are too great” type of mirror moment. A dream can easily be used to show the first kind, the “is this who I really am?” type.

To make it work, the dream should have those bizarre details we get in dreams—like blank playing cards which suddenly become cards of the same type. Of course, the symbols should relate somehow to what’s going on in the story.

A good dream sequence works emotionally on the reader. In some cases it may cause the reader to pause and ponder, trying to figure it out. Either outcome is a good one, as it gets the reader more deeply invested in the story—which is what every writer dreams of, yes?

33 thoughts on “Dreams For Your Mirror Moment”