“So, John, what’s new in your life since we last chatted?” 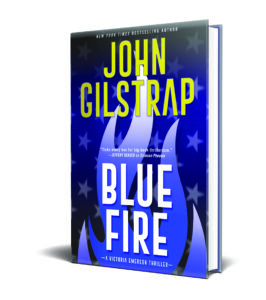 And I started a new company for my writing. 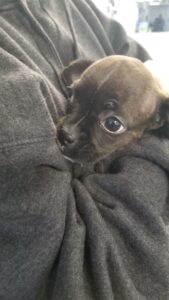 And we got a new puppy.

As you read this, we may or may not have an internet connection robust enough to support all the Zoom events attendant to the book launch, so I may be Zooming from an empty apartment.

Nowhere in here should you see even the hint of a complaint. None of these life change units are anything but terrific. In fact, they represent dreams coming true. I’m just a little surprised that they all came true in the same 10-day period. It’s a little like saddling a rocket. It’s an unforgettable experience, but you’d best hold on tight.

I’ve been doing quite a few interviews ahead of the release of Blue Fire. In many of these cases, the interviews take the form of written questions to which I write my responses. Some questions are more engaging than others, and one in particular got my attention. It was quite a long interview, and at the end, after I’d talked about my career in general and Blue Fire in particular, I read this:

“Are you proud of your accomplishment? Was it worth the effort?”

Well, of course I am, and of course it was. But the structure of the question bothered me. The interviewer put effort and accomplishment on a collision course, as if outcome is the only measure of hard work. Here’s how I responded:

I’ll answer your question in the opposite order. Was it worth the effort?

The effort itself is the only thing to be proud of. My books have been successful and have made me a lot of money, but that’s never been why I write. I write to entertain, whether it was my mom when I was little, or the fans who read my work now.

I’m proud of the fact that I have stared down the blinking cursor on an empty Page One over two dozen times, and I’ve stayed with each of those stories even when the plot wasn’t working and the words wouldn’t come. Folks, it never gets easier.

I’m proud that time after time, for decades, I scribbled out stories that never had a chance of publication, and never will. Without that effort—without those “wasted” hours (which were anything but wasted)—none of my work would ever have been published.

This is a frustrating endeavor. Rejection is baked deeply into the cake, and success–defined however you wish–is capricious, driven largely by factors over which individual authors have little control.

The effort is all there is. We should all be proud of it.

31 thoughts on “Saddling A Rocket”