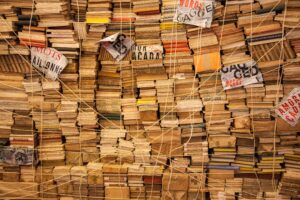 A weird literary crime made news on January 5, 2022 when the FBI announced the arrest of an Italian citizen Filippo Bernardini, 29, at JFK Airport in New York.

The charges against him? Wire fraud and aggravated identity theft.

What did he do? He allegedly impersonated publishing company executives and persuaded authors to send him pre-publication manuscripts. Targets included luminaries like Margaret Atwood.

Since 2016, the writing community has speculated about this peculiar case. For five years, well-known authors had received emails purportedly from editors and agents, requesting unpublished manuscripts. Victoria Strauss of Writer Beware and trade organizations like the Authors Guild publicized the strange requests and alerted writers.

It appeared to be a scam yet no one could quite figure it out.

Turns out Mr. Bernardini was an employee of Simon and Schuster in London where he worked as a rights coordinator. S&S has not been named in the indictment and is not believed responsible.

To further his scheme, Bernardini secured more than 160 web domains and set up bogus email accounts and lookalike websites to mislead people into believing they were communicating with an actual editor, agent, scout, or publishing executive.

For instance, if a legitimate email was XYZ@penguinrandomhouse.com, the letters r and n placed together were substituted for m. Without close examination, XYZ@penguinrandornhouse.com passed muster.

Bernardini allegedly used multiple phony email addresses to contact Pulitzer-winning authors and bestsellers, asking them to send their manuscripts to him before they had been finalized.

According to the FBI statement:

These prepublication manuscripts are valuable, and the unauthorized release of a manuscript can dramatically undermine the economics of publishing, and publishing houses generally work to identify and stop the release of pirated, prepublication, manuscripts.  Such pirating can also undermine the secondary markets for published work, such as film and television, and can harm an author’s reputation where an early draft of written material is distributed in a working form that is not in a finished state.

The biggest question remains WHY?

The stolen manuscripts were not published on pirate sites. No one appeared to reap benefits, financial or otherwise, from the thefts.

If Bernardini hoped to receive credit as the author for works written by others, surely in the small, insular world of publishing, such books would have been recognized long before they were released. 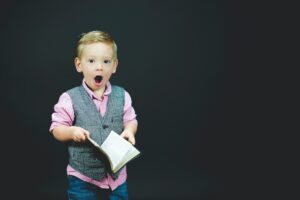 Did he receive a thrill because he possessed pre-publication drafts by noted authors?

Was it like having an early unfinished version of the Mona Lisa hidden in your attic?

Whatever his motivation, he now faces a mandatory two years in prison with the maximum sentence determined by the judge.