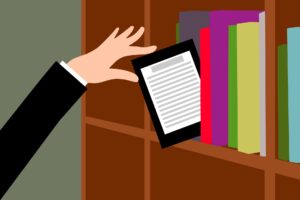 Clare’s recent, thought-provoking post brought up several musings about the current state of the traditional publishing industry vis-a-vis the indie world, especially in light of the pandemic. In one of her comments Clare asked: “I do wonder though whether there will be flow on effects even for indie writers – are people seeing sales increase or decrease? Are they finding visibility any harder or easier? I wonder about the state of the industry as a whole and how it’s impacting writers.”

Let’s first take a nostalgic stroll back to the early days of the indie explosion. I’m talking roughly 2009 – 2013. The discussions back then were full of sound and fury, signifying something. What that something was remained to be seen. It was not uncommon for early firebrands of self-publishing to predict, and often cheer for, the death of traditional publishing. Indeed, a few declared the proper term should be “legacy publishing,” which has baked into it the assumption of obsolescence and demise.

But as Twain once observed about his own obituary, reports of trad pub’s death have been greatly exaggerated.

Back in 2013, here at TKZ, I likened traditional publishing to the boxer Jake “Raging Bull” LaMotta who, though often bloodied, refused to be knocked out. I wrote: “So will this Raging Bull of industry still be around in twenty years? I think so. I’d like it to be. I’m a hybrid, and traditional publishing’s been good to me. But it will have to fight smarter, not just harder.”

Here in 2021, traditional publishing is still around and still punching, though it keeps having to huddle with its corner men between rounds to adjust strategy.

It’s hard to get a handle on how that bout is going. A recent story in the NY Times about sales in 2020 quoted one publisher as saying, “It was harder to get people’s attention around books that didn’t…have a big name attached to them.” There was also concern about the shuttering of bookstores which led to many new books “languishing” as “panicked retailers focused on brand-name authors and readers gravitated toward the most popular titles.”

Then came this little tidbit: [A]bout 98 percent of the books that publishers released in 2020 sold fewer than 5,000 copies.

Yikes! Now, that has to refer to print copies, because any major publisher that can’t sell more than 5k digital copies either isn’t trying or is so incompetent it deserves to go under.

On the other hand, I see in the industry newsletter The Hot Sheet (subscription required): “Through the week ending June 19, NPD BookScan shows year-to-date print sales up 19.6 percent over 2020. Adult fiction has enjoyed a 31 percent gain over 2020; YA fiction has grown by 68 percent, driven by backlist titles shared and promoted on TikTok.”

Thus, it appears the only thing I can say with certainty about tradpub is that there is no certainty. From the Times story: “One of the most significant things that’s going to change is the re-evaluation of all that we do and how we do it,” said Don Weisberg, the chief executive of Macmillan.

Of course, the same can be said of the indie world, because it’s always been that way! Indie writers who do this as a career have, from the jump, been ready and able to immediately shift and transition with every new circumstance (and at a pace the behemoth trad industry simply cannot duplicate).

Indie publishing has moved from the Wild West to the Gilded Age. According to Prof. Edward T. O’Donnell, “The Gilded Age, as the name suggests, was in many ways a golden time. This exciting period saw spectacular advances in industrial output and technological innovation that transformed the United States from a predominantly agricultural nation—ranking well behind England, Germany, and France in 1865— to the world’s most formidable industrial power by 1900.”

The indie authors making bank are those who have embraced change and innovation, and combined them with optimistic energy and consistent output. Many have indeed seen “spectacular advances” (in the career sense).

So what about advances in the publishing biz sense? How are they currently ranging inside the Forbidden City? I’ve not been able to track down any definitive answer. What I pick up is anecdotal and suggests that while there are still large-advance deals being made, it is not nearly so many as back in the pre-Kindle salad days. With the Big 5, first-time authors who don’t score a jackpot deal seem to be looking at a range of $5000 – $20,000 per book.

With small and mid-size publishers, the no-advance contract seems to be quite common.

To answer Clare’s question (“…even for indie writers – are people seeing sales increase or decrease?”) mileage always varies widely. Personally, my indie sales went up 8% in 2020 as compared to 2019. So far this year, it’s up over the same period in 2020. I attribute this to several things:

4. The ongoing growth and nurture of my email list.

b. Regular (about once a month) communication with my list.

5. The massive shift to online buying during the pandemic.

6. Business-like approach. In truth, every writer, traditional or indie, needs to approach their career as a business (my business plan is laid out in my book How to Make a Living as a Writer).

So, Should an Author Go Traditional or Indie?

In Clare’s post, commenter Ben Lucas asked, “I was also wondering if it would be risky to go with a publisher as a fist time author vs. risk and go indie? Maybe traditional publishing will be shunned some day?”

Ah, risk! That’s the writing life, my friend. Any choice you make involves risk. Your consideration must be, therefore, what risks you are willing to take balanced against your long-term career goals.

If your goal is to be as popular as a Child, Koontz, King, or Steel, then a Big 5 contract is the avenue (with at least a glance toward Amazon Publishing. See, e.g., Robert Dugoni). Naturally there is huge competition for relatively few slots. I liken this to a Wheel of Fortune. You try to get a book on the Wheel, but there’s no guarantee you’ll hit the jackpot.

Similarly, you can spend years trying to get on the Wheel and never make it. Or, you finally get your chance and the Wheel comes up goose egg, and you lose your place at the table. Hopefully, someone told you up front that fifty percent of tradpub books  fail to break even.

There used to be a vibrant midlist in traditional publishing, where a writer who was not top-tier could still find a home for the long haul. But according to virtually every expert, the midlist is pretty much gone. According to Publishers Weekly:

As one Big Five editor who specializes in commercial and literary fiction said of his category, “There used to be a lot more books that could sell 40,000–50,000 copies. Now more sell fewer than 10,000 copies.” It seems, he said, that “it’s either feast or famine.”

Those suffering from the famine are, to an extent, a group once known as the midlist. Ironically, if you ask most editors or literary agents to define the term, you’re unlikely to get a specific answer. Few can say, for example, how many books one needs to sell to be considered midlist. The only thing sources agreed on is the fact that the term is negative.

And yet there are still careers out there that are building steadily from the mid to the upper tiers. See, e.g., Sarah Pekkanen.

If traditional is your goal, let me offer this advice: be sure you or your agent negotiate a reversion of rights clause tied to a royalty minimum, not some definition of “in print.” For example, if your royalty is below $500 in any given royalty period, you are entitled to reversion of rights. You need this or your publisher will be able, quite easily, to retain the publishing rights to all your hard work. With digital sales and Print-on-Demand, a book never truly goes “out of print.”

Going indie is a risk, too, because you have to be good and you have to be productive. Even so, you may not gain the market foothold you hoped. Still, if you find joy in creative control, can think like a business, and can control your expectations, you have a shot at making readers and dough. (For more on the paths to publication, see my post here.)

And always remember this: people want stories. That never changes. There’s nothing quite like the feeling of getting pulled into a fictive dream. If you can provide that, time after time, you have a shot to make it in this game, whatever path you choose.

39 thoughts on “More on the Current State of Publishing”