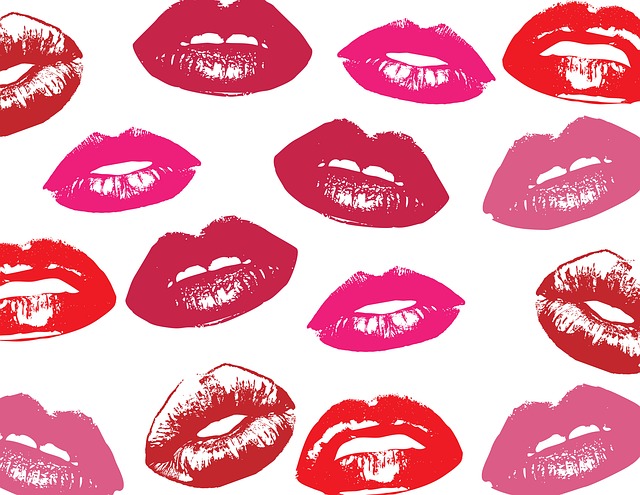 Image by No-longer-here from Pixabay

Part A. Character Voices, or “Give Them Their Own.”

I recall reading my first book by a best-selling author. A male character discovered a young girl, about 5 years old, who had been left to die in the woods. He brings her to his cabin and finds she cannot or will not speak. I was impressed with the way the character spoke to the child—it seemed exactly how someone should deal with that situation. However, as more characters entered the story, I discovered that he spoke that way to all of them. Not only that, almost every character in the book spoke with that same “Talking to a Child” voice. Obviously, it doesn’t bother the millions who buy her books, but it bugged the heck out of me. And it’s consistent with all her books in that series. It wasn’t just a one-time deal.

It’s important in a book that characters not only sound like themselves, but don’t sound like each other. That means knowing their history, their age, education, as well as occupation, nationality—the list goes on. Ideally, a reader should be able to know who’s speaking from the dialogue on the page without beats, tags, or narrative.

A few tips to make your characters sound like themselves.

Don’t rely on the “clever.” Dialect is a pitfall—more like the Grand Canyon. If you’re relying on phonetic spelling to show dialect, you’ll stop your readers cold. Nobody wants to stop to sound out words. You can show dialects or accents with one or two word choices, or better yet, have another character notice. “She heard the Texas in his voice” will let the reader know.

Give your characters a few simple “go to” words or phrases. For me, this is often deciding what words my character will use when he or she swears (since I write a lot of cops and covert ops teams, swearing is a given). In a recent book, I’d fixated on characters “rocking” this, and “rocking” that. I went back and adjusted things so only one character used that expression.

Keep the narrative “in character” as well. This especially includes internal monologue, and even extends to narrative. Keep your metaphors and similes in character. If your character’s a mechanic, he’s not likely to think of things in terms of ballet metaphors.

What your character says and does reveals a lot to your readers. Workshops I’ve attended have given out the standard character worksheets (which have me screaming and running for the hills), but it’s the “other” questions that reveal your character. What’s in her purse? What’s in his garbage? What does he/she order at Starbucks? Would he/she even be caught dead in a Starbucks? James Scott Bell’s workshops include excellent examples.

How do you keep your characters distinct? How do you get to know them? Do you need to know a lot before you start, or are you (like I am) someone who learns about them as you go?

Which brings me to Part B: Authorial Voice, or “Stay the Hell off the Page.”

After  a presentation I gave for a local book club, one member said she’d read one of my books. Her comment was, “You write the same way you talk.” And, after I sent a chapter to my critique partners, one said, “This sounds very Terry.” That, I think, sums up “voice.”

Any author starting out tries to write what she thinks a writer should sound like. She might work hard to make her characters sound unique, and true to their backgrounds, but all the other stuff—the narrative parts where the character isn’t speaking—sounds stilted. It sounds “writerly.”

But what the characters say isn’t the same as “Authorial Voice.” It’s all the other words, the way the sentences are put together, how the paragraphs break. Can anyone confuse Harlan Coben with Lee Child? Janet Evanovich with Michael Connelly? Even Nora Roberts has a distinctive voice that is recognizable whether she’s writing a romance as Roberts, or one of her “In Death” futuristics as JD Robb.

Your authorial voice will develop over time and (one hopes) will become recognizable. It’s important to learn the ‘rules’ of writing before trying to be distinctive. In the art world, we recognize artists by their style. The Star Spangled Banner opens countless events, yet even though the notes are the same, they presentations vary. Immensely.

Before artists of any format—music, poetry, prose, acting, create their own recognizable style, they learn the basics. Before your voice will develop, you have to write. And write. And write some more.

Try looking at your manuscript, or the book you’re reading. Find a passage that’s filled with narrative. How do you, or the author in question deal with it? Is it in the same vein as the dialogue, or do you get jolted out of the story because all of a sudden there’s an outsider taking over? If it’s a funny book, the narrative needs to reflect that sense of humor. If it’s serious, the author shouldn’t be cracking wise in narrative. If your character speaks in short, choppy sentences, then he’s likely to think that way, too. Again, the narrative should continue in that same style.

It takes practice—and courage, because you have to put “you” on the page, and not the “writer.” But when you finish, you should have your own special work. You won’t be a cookie-cutter clone. Rule of thumb—if it sounds “writerly”, cut it. When the words flow from the fingertips, that’s probably your own voice coming through. Let it sing. In the workshops I’ve given on Voice, I hand out pictures and ask the participants to write something the picture invokes. Then, they swap pictures and have another go at it. When the pairs read their works, despite the trigger being the same picture, their stories and voices are never anything alike.

What about you, TKZers? Any distinctive authorial voices you’d like to share? Any authors who have mastered the characterization voices? 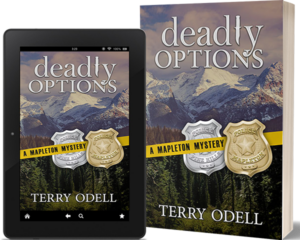 I’m thrilled that Deadly Options, my 10th Mapleton mystery is now available for immediate sale in both digital and trade paperback formats.

31 thoughts on “Doublespeak: A Look at Voice”