Anyone remember HAL9000 from Arthur C. Clarke’s 1968 Space Odyssey series? HAL, or the Heuristically Programmed ALgorithmic Computer, was the artificial intelligence (AI) voice that famously said, “I’m sorry Dave, I’m afraid I can’t do that.” That series was set in 2001. Now, 20 years later, we authors are firmly anchored in a world of artificial intelligence. 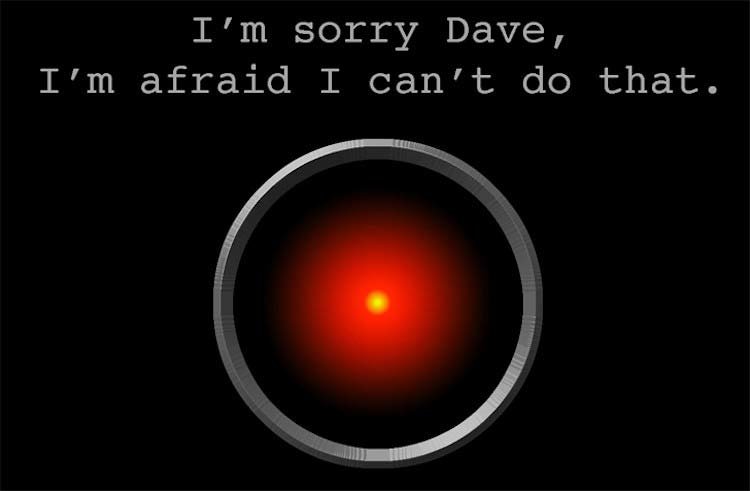 Think about how AI affects our writing life. I’m pecking away on a laptop with spell check big-brothering me. My smartphone keeps tab of my time and when I text, AutoCorrect interferes—sometimes with hilarious changes. (Sidenote: no form of AI will ever get comma use right.)

I stop writing, more often than not, to fact check or rabbit hole on Google which is one large AI search engine. Same with Amazon and Facebook. They’re loaded with AI features we take for granted.

When I finish this piece, and I have no idea right now how long it’ll be, I’ll plug this AI-overseen Word.doc into my AI-run Grammarly editing program and clean it up the best I can before I pop it into AI-filled WordPress and hit publish so you can read it on AI-induced devices. Like, how cool is this brave new world of artificial intelligence?

Speaking of cool, I once paid top dollar to experience a gyro-ride in an artificially intelligent F/A-18 Hornet flight simulator. How I didn’t puke from being strapped-in and pulling multi-G’s was amazing in itself, and that’s for another story, but part of the thrill was listening to “Bitching Betty” who artificially sits with you in the cockpit and shrieks in an Edith Bunker voice, “Pull up! Pull up!” when you get too low to the ground while exiting an inverted loop.

Okay, back down to earth. Where was I going with this? Oh yeah, AI for authors. I’m a big believer in making work easier. In fact, I’d like to not work at all, but writing is work and it helps pay the bills. So I embrace what AI technology is out there to assist with the income. 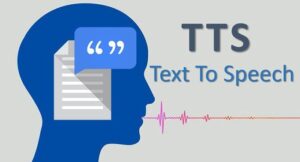 I’m keeping a close eye on Text-To-Speech (TTS) technology. I think the next tech wave is interactive ebooks where the reader will have a solid listener option for the device to convincingly turn the text into a realistic voice. That virtual reality already exists. It’s just not perfected yet. But my bet is within a few short years AI will allow a quick tap on your eReader, and you’ll listen to your book as if Bitching Betty was real.

This AI advancement may put the screws to those expensive human narrators or voiceovers who control today’s audiobook production. That’s progress, as they say, and I look forward to an affordable alternative in entering the audiobook market. It’s just that today’s TTS apps aren’t realistic enough to let my book babies play well with them.

They’re getting there, though. What brought on this artificially intelligent post was a recent wave of internet ads by a company called Speechelo. Anyone else see the FB ad-flood offering a 3-step, simple-to-use AI TTS generator for a 1-time low, low price of $49.00? Well, it turns out to be too good to be true, and the AI bots from Google shrieked, “SCAM!”

However, my rabbit hole descent found something else which I think is the real-deal AI writer program. I’ll get to that in a sec. First, I want to say a bit about TTS technology. 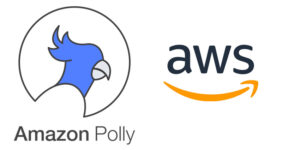 There’s some good AI reading apps out there, no doubt. Amazon’s Polly is remarkable. Word on the street is that AZ has an experimental TTS program on the go that aims to perfect NGL (natural language generation) on Kindle devices. Currently, AZ has a Kindle text-to-speech enablement that’s terribly inefficient. Here’s a quote about the new TTS program from an Amazon side channel I found in the r-hole:

“The second-generation Kindle and the Kindle DX have an “experimental” feature that converts any text to speech and realistically reads it to you. Calling a feature experimental means that it’s a peripheral Kindle feature that Amazon is working on;  they’re available for “test driving” by certain Kindle owners to use but they might not be fully featured. There are some features that Amazon could choose to discontinue before they’re available to the open market.”

I don’t have a Kindle, so I can’t apply for a test drive. What I’ve done is plug some of my WIP text into Polly, and I have to say it sounds pretty good. From a voice perspective, that is. However, the AI still doesn’t have convincing NGL where the pace, accent, pronunciation, pitch, and infliction is that of a human narrator who brings emotion to the audio experience. That’s coming, believe me, and I’ll welcome its arrival.

Okay, on to what I found in AI for authors and the takeaway from this piece. It’s an AI novel critique program called Marlowe from a new company called Authors A.I. I found this software by rabbit-holing, and I was as skeptical as a sailor being offered a discount date. Marlowe is a next-generation AI critic (not so much an editor) who works for peanuts compared to the flesh and blood word scalpel. Here’s their sales pitch:

Marlowe* is an artificial intelligence that helps authors improve their novels and long-form fiction. She was born in January 2020 as the creative child of Matthew Jockers, Ph.D., co-author of The Bestseller Code, abetted by a surrounding cast of bestselling authors who have been contributing ideas and enhancements to her reports.

Here are a few fun facts about this brilliant reader.

She’s fast. Marlowe can read your book and deliver a 25+ page comprehensive critique within an hour.

She’s inexpensive. Priced at a fraction of the cost of a human editor, Marlowe allows you to run multiple versions of your report and can be used at every stage in the life of your manuscript. Let Marlowe identify and help you solve early issues before your manuscript reaches an editor or beta readers.

She doesn’t play favorites. Marlowe doesn’t have a favorite genre. She doesn’t judge, whether your book is a light-as-air fantasy or a thriller filled with gore or violence. She reads all fictional genres and sub-genres and returns equal and unbiased feedback, though she will tweak her results based on her specific genre norms.

Marlow offers a free trial. Not being one to turn down something for free, I entered my manuscript for Beyond The Limits which is my latest release in my based on true crime series. I have to say I was impressed with the results. The freebie gave me twelve pages of professional-looking feedback on:

This was all for free and the feedback provided excellent suggestions. It also offered the upsell that would give me information and criticism on:

Now I’m not on the Marlowe affiliate program or getting some sort of kickback for promoting Marlowe. I just found this AI tool interesting enough that I think I’m going to buy their Pro version which runs at $89.00 for a single complete report or a monthly pass at $29.99. A full-year subscription will set you back $199.00.

And that is what AI is to authors—a tool. AI assistance is a valuable tool for writers. I’d say it’s an invaluable tool that’s only going to get better. However, I don’t believe AI will ever replace the human brain and the imagination it produces. As Kevin Kelly says in his 2016 book, The Inevitable: Understanding the 12 Technological Forces That Will Shape Our Future, “It’s not a race against machines. We’ll lose. It’s a race with machines. You’ll be paid in the future based on how well you work with machines. Let them take your existing job and let them help you dream up new work for the robots.”

I’m good with that take on AI. I’m not about to let some bot steal my story. As HAL said, “I’m sorry Dave, I’m afraid I can’t do that.”

What about you Kill Zoners? What feedback can you give on AI for authors? 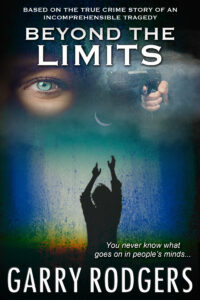 Garry Rodgers is a retired homicide detective and coroner. Garry’s expertise is investigating human deaths which led him to his third career in crime writing. His newest release in his 12-part Based-On-True-Crime Series is Beyond The Limits which covers an incomprehensible tragedy. The tagline is, “You never know what goes in in people’s minds.”

Garry Rodgers also hosts a popular blog at DyingWords.net. Besides writing ventures, Garry also holds a marine captain certification and uses it on the Pacific waters surrounding his home at Vancouver Island in British Columbia, Canada.