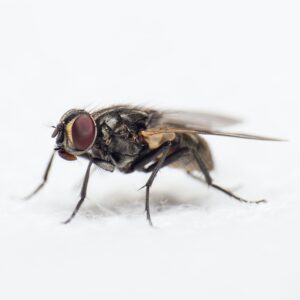 Typos are the annoying, buzzing flies in a writer’s life. After 57 proofreads of your novel, you must have swatted every single one, right?

I sometimes wonder if typos, like flies, lay eggs throughout the manuscript. After everything is perfectly spelled, punctuated, and you’ve hit the “publish” button, suddenly the eggs hatch.

Wrong. Typos do not spontaneously appear. Much as I hate to admit it, I put them there.

Blatant misspelling is not a problem most of the time. More often, it’s transposed letters or transposed words, errors that are invisible because the word is spelled correctly—it’s just not the right word, or it’s in the wrong place. 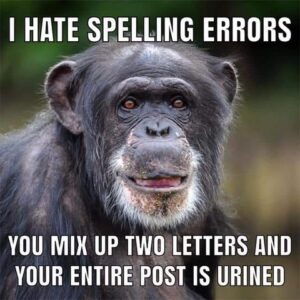 For that reason, I’ve never depended on spellcheck.

Unfortunately, the more times you proof something, the less visible those little devils become. That’s why proofreaders with fresh eyes are invaluable. I can spot typos in someone else’s manuscript easily but am often blind to my own.

Recently, TKZ regular Kay DiBianca sent me a lovely email to say she’d enjoyed my latest thriller, Dead Man’s Bluff, particularly the twist at the end. Then she added she found a typo in Chapter 4 when the main characters come upon a dead deer in a Florida swamp. The sentence read: “Files buzzed thick around its open eyes…” 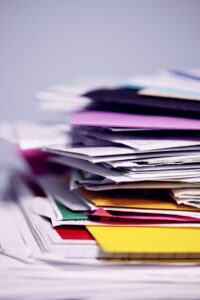 Drat! I wondered where I’d put those darn files!

Then Kay shared a typo she’d caught while proofing her upcoming book:

I had written “died-in-the-wool” instead of “dyed-in-the-wool.” Our son said readers would think the character got run over by a sheep. 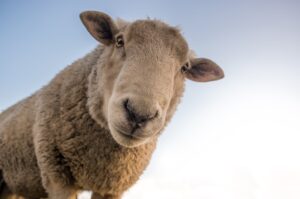 Here’s another example that proves just how totally blind the author can be.

The librarian at an active senior community has been wonderfully supportive and included all my books in their collection. In Eyes in the Sky, she found a typo which she emailed me about. She noted the exact page where it appeared. I opened my copy to that page and read it over and over, searching for the typo. I emailed her back and asked which sentence the typo appeared in. She quoted it. I read and reread her email and couldn’t find a typo in her quote. Again, I stared at the sentence in the book for several more minutes and still couldn’t see it.

I was about to call her, admit humiliation, and ask what I was missing.

At last, my now-bleary, squinting eyes recognized it. The sentence was supposed to read: “Let’s go back to the hotel.” Instead, it said: “Let’s back go to the hotel.”

All the right words, correctly spelled…just in the wrong order. Because my brain knew the correct order, that’s what it perceived. And probably most readers’ brains had the same perception because, so far, the librarian is the only one who commented.

For years, memes have made the rounds on the net that say, in effect, if you can read the following, you’re a genius. The first and last letters of words are correct but everything in the middle is jumbled.

Aoccdrnig to rscheearch at Cmabrigde uinervtisy, it deosn’t mttaer waht oredr the ltteers in a wrod are, the olny iprmoetnt tihng is taht the frist and lsat ltteres are at the rghit pclae. The rset can be a tatol mses and you can sitll raed it wouthit a porbelm. Tihs is bcuseae we do not raed ervey lteter by it slef but the wrod as a wlohe.

And another that’s harder:

Perhaps this is meant to reassure people who can’t spell or proofread that, hey, it’s okay because you’re super smart.

But if writers want to be perceived as professionals, we must hold ourselves to higher standards than internet folklore.

Another eagle-eyed reader caught a different goof in Dead Man’s Bluff, involving a 13-year-old character who was originally named “Leticia.”

My husband and I have a young friend named Jessica with special needs whom we’ve known since she was 13. She’s now 30 with ongoing medical problems that restrict her activity. Therefore, reading is her favorite pastime and she’s always excited when I give her a new book.

About six months ago, we were at lunch with her and her mom. Jessica leaned across the table and, in a conspiratorial whisper, said to me, “Wouldn’t it be cool if, in your next book, you had a character named Jessica?”

How could I say no?

Dead Man’s Bluff was complete and close to launching. I knew Jessica would like her name used for the 13-year-old kickass character who’s trying to train a search dog. I went home, clicked on “find and replace”, and changed “Leticia” to “Jessica.”

However, I didn’t realize in one place I had misspelled “Leticia” as “Letitia.” That name didn’t get replaced because it was spelled differently. Oops.

The beauty of electronic publishing is the ability to make corrections and re-upload the file for an instant fix. If you have books on various platforms, the process takes longer but is still easy. With Print on Demand, thankfully, fixes are also simple. Can you imagine being stuck with a print run of 500 books with embarrassing errors?

I’ve heard of one author who makes typos into a game with her readers. She offers a bounty (I think, a free ebook) to readers who spot goofs. While that’s a smart way to turn lemons into lemonade, error-free should still be the goal.

Better to catch those files—I mean, flies—before the book is published.

Here are a few tricks to swat the sneaky little devils:

#1. Read the manuscript out loud. Every. Single. Word. This also helps with punctuation goofs, e.g. where a period should be a comma, etc.

#2. Listen to the manuscript using read-aloud programs like Natural Reader, Balabolka, or the Text to Speech function in Word and Office.

#3. Change the font for your whole manuscript and increase it a size or two. If you normally use Times New Roman at 12 pt., try Comic Sans at 14 or 16 pt. You fool your brain into thinking it’s not the same document. The more visual differences between your manuscript and your proof copy, the more you are apt to see oddities.

#4. Find a careful, meticulous reader, perhaps an English teacher or librarian. Offer to buy lunch or barter services in exchange for proofreading. Be sure to include their names in the acknowledgements page and give them a thank-you copy when the book is published.

#5. Consider hiring a professional copywriter and/or proofreader if you struggle with spelling and grammar. Yes, it’s expensive. That cost may motivate you to improve your own skills!

Speaking of expensive, here are some boo-boos that probably cost a few bucks to rectify: https://blog.hubspot.com/marketing/14-worst-typos-ever

TKZers: What was the worst typo you ever made? Feel free to go back as far as elementary school.

Debbie Burke is reasonably sure she has now swatted all the files and flies in Dead Man’s Bluff. Please check it out at this link. 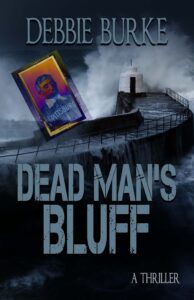 45 thoughts on “Help! I Have Flies in my Files”