Code 3 to a 10-72. See a scrote in PSP jackrabbit, wall-it, turn a shiv, take the electric slide and a blast of Jesus Juice, then hagged-up and scrogged-out before jewelried, bunwagoned, shipped through the Sally Port, nutted & butted, then inked and blinked before bowing to the turn key and clinked in the cooler.

Huh? Say what? This time in plain-speak, please.

Okay. To someone who doesn’t speak cop, this jargon, lingo, acronym and code sounds foreign. It’s not necessarily a secret language, though. It’s just the way cop-talk has evolved over time. Let’s dissect the opening paragraph so it’s understandable to the GP (General Public).

Code 3 (responding with emergency equipment activated) to a 10-72 (serious crime in progress). See a scrote (criminal element) in PSP (Possession of Stolen Property) jackrabbit (make a run for it), wall-it (no place to go), turn a shiv (knife), take the electric slide (get Tasered) and a blast of Jesus Juice (OC pepper spray), then hagged-up (chewed by a police dog) and scrogged-out (physically controlled) before jewelried (handcuffed), bunwagoned (put in the prisoner van), shipped through the Sally Port (secure vehicle bay between the outside and the cell block), nutted & butted (strip searched), then inked and blinked (fingerprinted and photographed) before bowing to the turn key (received by the jail guard) and clinked in the cooler (locked in a cell).

See? That makes perfect sense once it’s explained. However, there’s a lot more to cop-speak than this snippet. 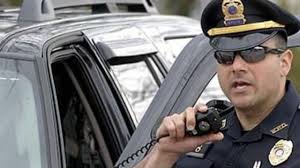 Several weeks ago, I wrote a Kill Zone post titled How To Speak Cop — Version 1.0. It was basic with stuff like 10-Codes, the phonetic alphabet and typical rank structures within police departments. It went over well (if you can believe the comments), and there seemed to be an appetite for a deeper drill into how LE (Law Enforcement) officers communicate. So here’s Version 2.0 on How To Speak Cop.

The biggest misconception the GP has of LE and other FR (First Responders) is they all get along. One big happy red, white & blue family. Right? Wrong.

Cops feud amongst themselves and with other ERs (Emergency Responders)—particularly the hydrant humpers or basement savers (firefighters). (Not that the hose draggers don’t have terms for the pigs). Internally, within the police structure, it starts with a disconnect between labor and management. The grunts and the carpet cops.

The white shirts (commissioned officers like the Chief Cumquat and his Brasshole commanders) are office bitches. They’re comma commies who push paper, not pursue pukes. Sure, the odd time a dinosaur rides-along and some geardo volunteers to Drive Miss Daisy but, for the most part, house mouses stay in their Ivory Tower  or Puzzle Palace and respond to Dear Chiefs.

Disconnect? It’s no wonder a PFL (Patrolman For Life) would pull an Upper Decker (sneak into the Chief’s executive washroom and drop a deuce [#2] in the toilet tank).

You’re probably wondering what a Dear Chief is. Every cop, at some point in their service, F’s up and has to write an account of their F-up. It’s usually a self-serving explanation for a momentary lapse in judgment. I found this Dear Chief letter online, and it’s too good not to share:

“Dear Chief, I recently purchased a Smith and Wesson Model 642 .38 caliber airweight subcompact revolver as a backup weapon. Last night before roll call I accidently shot a hole in the squad room’s avocado-colored Kenmore 20.9 cu. Ft. refrigerator while showing my weapon to a few officers. The ice maker sustained a kill shot to its motor, rendering it DRT. The energy star rating was a 3.5 and even though I placed a band aide over the .38 caliber perforation, it’s probably a lot less now. I went online and tried to order new parts but apparently they stopped making this model in 1973. In the meantime, I put a 60 quart ice chest with wheels and telescoping handle next to the fridge with four bags of ice in it.”

The problem with carpet cops is they have to get their breeding stock somewhere. It starts with cheese dicks in the trenches. You get guys like Lick Larry, the Milk Man, Gary The Gash and Pillow Face who are dump trucks. They’re hall monitors and eventually it’s a MUPPET who makes chief. MUPPET, by the way, is the acronym for Most Useless Police Person Ever Trained.

It’s not just the ladder rungs who dumpster fight. The rift extends to operational units like the goofs-in-suits (detectives) with the odd Dickless Tracy in the mix, the harness bulls (patrol division) and the traffic monkeys who are also known as road apes, boulevard baboons and the simians of speed.

There are more cop terms for street people than I can count. Some are fair. Some are not. But there’s a zero sum game going on. Cops keep these low-lives from killing themselves and each other while the dirt bags keep cops employed. Here’s a random sample of names cops give to bottom feeders:

It can get dangerous on the street. Cops have all sorts of defensive and offensive terminology like their Sam Browne with Basket Weave, Tupperwear (Glock pistol), Hot Stick (loaded weapon), Bang Switch (trigger) and Booger Hook (trigger finger), Booya (shotgun), In The Pipe (chambered round), New York Reload (backup piece), and “Eat Some Lead, Barrel Sucker”.

Cops need vehicles on the street, and they give them lots of different names. We covered Bunwagon which is universal. So is PC which stands for police car, patrol car, police cruiser or something like that. Here are a few more vehicles according to cop-speak:

A police specialty on the street is surveillance. Bigger departments have dedicated surveillance units that do nothing but follow crooks around. They get pretty good at it, and they’ve developed their own special lingo. Here’s a sample:

Cop-speak has hundreds, if not thousands, of specific terms and labels. Some of it is quite derogatory and vulgar, so I’m not going to post that stuff here. Some is extremely racist… like me being called a peckerwood. That’s nowhere near as bad as some of the skin slurs, though.

There’s a great resource to check out if you really want an immersion into real cop-speak. It’s called policemag.com with a section on cop slang. Here’s a bit of what I found on their site:

I love this cop-speak definition from PoliceMag.com:

“Methamphibians are in their own class. They may resemble humans in some way, shape or form, but they cold-blooded creatures with nocturnal habits. Their most common mode of transportation is a bicycle (usually stolen), pulling a homemade makeshift trailer fashioned from other stolen bike parts, shopping cart parts, baby strollers, and the like. Methamphibians normally stay awake for 3 to 5 days at a time, coming outside only at night to steal from humans, ingest (via snorting, slamming via a needle, eating, drinking or smoking) methamphetamine. After the 3-5 day cycle, they sleep for 2-3 days.”

I also love the Aqua Pig Award. It’s given to an officer who falls in the water while wearing a uniform with full gear attached including a force-issued IPhone 10 and a two thousand dollar encrypted radio. The award is usually handed out at Choir Practice.

So that’s the end of this shift. I’m going sign the form, pull the pin and head out to pasture with a rusty gun. What about you Kill Zoners? What cool cop-speaking terms can you add? 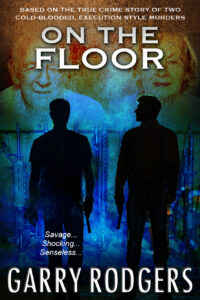 Garry Rodgers is a retired homicide detective from the Royal Canadian Mounted Police (RCMP) who went on to a second career as “Doctor Death” doing forensic investigations with the British Columbia Coroners Service. Now, Garry is a crime writer and a successful indie author with a popular blog at DyingWords.net.

Check out On The Floor — a new release as Book 5 in the Based-On-True-Crime Series by Garry Rodgers. “Savage… Shocking… Senseless… Who would order two seniors to lie on the floor of their gun store, then cold-bloodedly execute these defenseless people with gunshots to the back of their heads?”

On The Floor is available on Amazon, Nook and Kobo as EBooks. Print and audio forthcoming when the budget allows them.