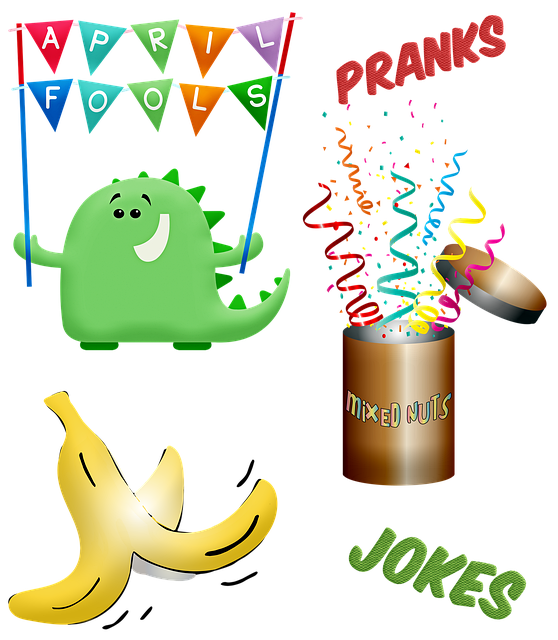 When my brother was about 3 or 4, he loved April Fools’ Day. I think he regarded it as a chance to tell little lies, like “You have dirt on your face,” or “Your shoes are untied,” and then shouting “April Fool.”

Some people go to great lengths to fool the public, like the great spaghetti harvest or the Sydney iceberg.

But when did this tradition of pranks originate?

Some historians speculate that April Fools’ Day dates back to 1582, when France switched from the Julian calendar to the Gregorian calendar. People who were slow to get the news or failed to recognize that the start of the new year had moved to January 1 and continued to celebrate it during the last week of March through April 1 became the butt of jokes and hoaxes.

There’s also speculation that April Fools’ Day was tied to the vernal equinox, or first day of spring in the Northern Hemisphere, when Mother Nature fooled people with changing, unpredictable weather, something we Coloradans know all too well.

Since this is a writing blog, I hit the Google Machine for some literary “pranks.”

Here are a few.

Naked Came the Stranger, by Penelope Ashe
The Hoax: America goes nuts for a salacious novel of sex and drugs.
The Truth: A group of journalists purposefully wrote a terrible book to prove American culture is vulgar, which everyone kind of assumed anyway.

A Million Little Pieces, by James Frey
The Hoax: Wrote a harrowing memoir about his struggle with addiction.
The Truth: It was more novel than memoir; he got caught; made an enemy of Oprah.

Coffee, Tea or Me?, by Donald Bain
The Hoax: Memoir reveals the wild and crazy lives of airline stewardesses (which is what we used to call female flight attendants).
The Truth: A ghostwriter is hired to pen memoir of wild and crazy stewardesses, discovers they’re actually kind of boring, makes up a bunch of stuff, and makes millions.

The Painted Bird, by Jerzy N. Kosinski
The Hoax: Polish American author writes a harrowing memoir of his experiences during World War II…
The Truth: …but it’s a cobbled-together skein of plagiarism and lies.

Go Ask Alice, by Anonymous
The Hoax: The diary of a troubled, drug-addicted teen is published in order to scare kids straight.
The Truth: Well, yes, except the diary was a forgery, penned by a therapist.

Atlanta Nights, by Travis Tea
The Hoax: “Travis Tea” submits a salacious novel to a seedy publisher.
The Truth: “Travis Tea” is actually a group of sci-fi and fantasy authors seeking to expose an unscrupulous publisher.

Any April Fools’ Day memories to share? Best pranks? Given the “outside” world, a few laughs are welcome.

Image by Annalise Batista from Pixabay