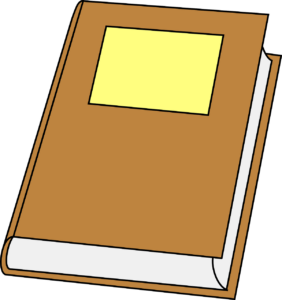 It goes without saying that titles are important. So I won’t say it. Instead, let’s explore how you go about finding the right one for your book.

Sometimes a title will come to you the moment you have a concept. Other times you may start writing without a title in mind and put off the decision until later.

Have you ever had a title come to you, demanding a novel be written to go with it? I have one right now that I love. I just don’t know what the book is about yet. But someday I’m going to write that thing.

I don’t know of any formula for finding a title, but here are a few suggestions (please share your own in the comments):

First, look over a bunch of titles of books in your genre. Go to Amazon and search the bestsellers in that category. Get a sense of how they sound. If you’re writing thrillers, for example, you probably don’t want a title like The Policeman and His Lady or A Cold Wind Bloweth the Badge.

Second, make two lists, one of nouns and one of adjectives. For example, when I was under contract for legal thrillers, I wrote down a bunch of legal nouns: trial, guilt, jury, witness, justice, evidence, etc. Then I wrote adjectives with thriller possibilities: night, dark, hidden, and so on.

Put the lists side by side and mix-and-match, e.g., Dark Justice. Hidden Guilt.

Next, play with phrases that have key genre words. I was doing that one day when I thought of the word alive. How could I use that in a phrase for a thriller title? A little more playing around and I wrote Your Son is Alive. That grabbed me and wouldn’t let go. I had no idea what the book would be, only that it demanded to be written. So I wrote it and published it.

After you’ve come up with half a dozen or more titles, do a little testing on people you know:

If you’re doing a series, a “link” word or phrase is often a help. John Sandford’s Prey series, for example. I did a lawyer thriller series with the word Try in each title. Why? Because I had planned the first one to be Die Trying, but some writer named Child had used it. I could have gone ahead anyway (titles cannot be copyrighted, see below) but I decided against it. Then the play on words, Try Dying, came to me and I liked it.

The other titles in the series are: Try Darkness and Try Fear. I actually made a list of more title possibilities, e.g., Try Justice, Try Running. But when I got down to Try the Veal, I determined I had enough. (FYI, the first book in that series, Try Dying, is free today through Wednesday in the Kindle store. Use this link.)

Okay, suppose you come up with a title and then find out another author has already used it. Can you use it, too? Yes. Titles are not copyrightable.

But that’s not the end of the matter. How well known is the other author? There’s a “rough” copyright protection out there in the form of consumers who are likely to be very upset (and nasty in their reviews) when they learn that your novel bearing the same title as Big-Name Author’s book is not actually by Big-Name Author.

If the book was published ten years ago, however, enough time may have elapsed that this won’t be a problem. Use common sense. How likely is it that a significant number of readers will be confused? I once had a title ready for a book I was prepping to publish, when I saw that Mr. Harlan Coben had a book with that same title about to come out. Ouch! I could have gone ahead with it, but in addition to the confusion, I knew I’d have reviews that would say something like, “What a ham-fisted way to try to feed off Coben’s readership!”

So I changed the title. (For the curious, the book is Don’t Leave Me. My original title: Stay Close.)

While titles cannot be copyrighted, in some cases they may be trademarked. You can’t, for example, write a novel with Star Trek in the title without getting a letter from a law firm with several names on the letterhead. Actually, you probably won’t get that far, because Amazon won’t allow you to publish it. So don’t get clever and try to write The Space Adventure of Civil War General Harry Potter.

Okay, over to you. How are you at picking titles? Do you have a method?