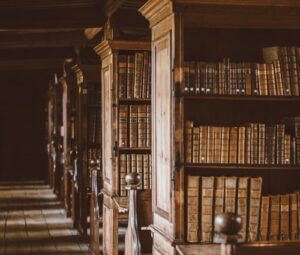 Photo by Annie Spratt from unsplash.com

I try not to be a Danny Downer when it is my turn in the Saturday morning TKZ barrel. That’s what I am today, however.

There is a simple reason for this. Our libraries are under siege, and not from lack of funding. The barbarians are at the gate and in the parking lot.

I posted a blog here several months ago about one of my local library branches and how wonderful it was. I stand behind every word.  I think that many of us take them for granted in several ways. They were here for us when we were children and we assume they will always be here as a place to borrow free books, music, films, and graphic novels, among other things. We also might tend to forget that libraries were and are also places where kids could go to study. Additionally, libraries were also the original “safe space” before that term got co-opted by college students. Back in the day parents and teachers used to tell kids who were lost, were being bothered, or just needed a quiet place that they could go to “the library.”

The problem is that the space we know and love is being disrespected. People used to know how to act in a library. Everyone used to know, and if someone forgot the librarian said “Shhh” and you “shhhed.” That increasingly is not the case. Folks are using the space for naps, panhandling, hookups, and worse. They are harassing library workers and patrons, sometimes while under the influence of adult beverages and controlled substances and sometimes not. I’ve been to a couple of branches locally where I have had to walk a gauntlet of aggressive requests for money as I walked through the doors. I can deflect that type of thing quickly and effectively enough. What about the parent who isn’t so prepared, who is just trying to take their little kid into the library for storytime? They’ll probably just stop going. Then what?

Don’t take my word for it about this. I found several articles regarding this issue, though it was this one that resonated most strongly with me. What reminded me about this issue, however, is a recent murder that took place in Columbus, Ohio, I don’t live in Columbus, but my profession occasionally takes me close to the area where the murder took place, a neighborhood called Driving Park. The killing occurred in the parking lot of the library that serves the neighborhood.  The library building, which was built a few years ago to replace an older facility, is the one bright spot on the street, which is not a commercial destination for anyone living outside of the neighborhood. I occasionally will stop in that library and browse for a few minutes if I find myself running early to an appointment. My observation is that the people who do use it — primarily students who live in the area — are well-served. The library does not suffer from a lack of resources. It’s a place where students can and do go to study quietly and without disturbance, where reliable online access is more likely to be obtained than it might be at home, and where the librarians are happily kept hopping by the requests for help.

You can read an article about what happened at the Driving Park library here.  The police have the alleged shooter in custody. What is clear is that this incident didn’t occur because of an argument over who was going to check out the last copy of American Dirt.  It didn’t happen because two people wanted the same parking space. No, the reason for the killing was a street beef which caused more than a dozen knuckleheads to gather in the library parking lot because it was convenient. This is in a neighborhood where parents walk their kids to the library to give them a chance to do well.

There is some discussion occurring under the radar on a nationwide basis about what to do. Some systems are retaining special duty police officers. There are some librarians who are objecting to this on the basis that the presence of a police officer makes the library less “welcoming.” I understand their point, though I would submit that the sight of a drunken adult dropping a dooky on the carpet in front of a five-year-old isn’t exactly a welcoming sight, either. Neither is the sound of gunfire or the sight of a knife fight.

I don’t know what we do here. The problem isn’t going to get any better on its own. It’s only going to get worse. And while the problem, in general, isn’t confined to libraries in disadvantaged areas it certainly impacts them harder —  places where libraries are needed the most — than those located in areas that are financially better off. The mother quoted in the article I linked to above is, I would guess, going to be less likely to let her child go to the library, with her or without her, if it is no longer assuredly a safe place — a safe space, if you will — either inside or out.  The kids are being scared away. The parents of those kids are being scared away. So where does a kid like that go, someone who could turn out to be anything from a teacher to a doctor to an astronaut with a little encouragement and a lot of available resources?

Is this a problem near you? If it is, are you hearing about it anecdotally or is it being reported in your local media? I take the sense is that it is happening primarily in metropolitan areas as opposed to those with smaller density populations. Am I wrong?

31 thoughts on “Under Siege”