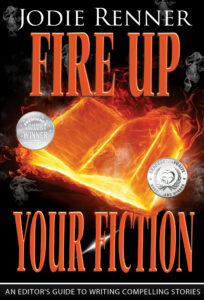 Are you relatively new at writing fiction? Perhaps you’ve shown your first (or latest) draft to beta readers and been told your premise, plot, and characterization are now pretty solid, but that your pacing is a bit slow and your writing style could use some amping up and polishing. Perhaps it’s overly wordy or just a bit pedestrian.

If so, take a break, then grab a coffee or some chocolate and start going through the whole story again, page by page, to search for any wordy, clunky, hackneyed, or lackluster phrasing and replace it with succinct, fresh, vibrant wording that will entice and delight your readers. The step-by-step list below will help you do a line-by-line self-edit to take your story up a notch or two.

If you want your popular fiction to captivate readers, sell well, and garner great reviews, ferret out and fix these 16 style weaknesses:

1. Meandering, wordy, or repetitive writing. Be on the constant lookout for anywhere you can cut down on wordiness. Don’t bore your readers by having characters going on and on. Avoid lengthy, neutral descriptions—today’s readers don’t have patience with them. And don’t say the same thing several times just to make sure readers got it. Look for areas you’re repeating yourself. Also, watch for “little word pileup.” Can you be more succinct and direct? For example, instead of “It would be a good thing for us to…,” just say “We should….” Here’s an example from my editing:

Before: The man was small and pudgy and he had a full dark beard that he nervously stroked with his hand.

2. Wishy-washy qualifiers that weaken your message. Do a search for words like quite, sort of, almost, kind of, a bit, pretty, somewhat, rather, usually, basically, generally, probably, mostly, etc., and delete almost all of them. Forget “He was quite brave,” or “She was pretty intelligent” or “It was almost scary.” These qualifiers dilute your message, reduce the impact, and make the imagery weaker. Even really and very are best avoided—it’s like you’re saying the word after it needs reinforcing. “She was beautiful” packs more punch than “She was very beautiful.”

3. Colorless, pedestrian verbs. Do a search for overused verbs like walked, ran, went, saw, talked, ate, did, got, put, took. Get out your thesaurus or use the MS Word one to find more expressive, powerful verbs instead, like crept, loped, stumbled, stomped, glimpsed, noticed, observed, witnessed, spied, grunted, whimpered, devoured, consumed, gobbled, wolfed, munched, or bolted. Do searches for walked and ran and replace many or most of them. See Ch. 21 of Fire up Your Fiction for plenty of more expressive alternatives. 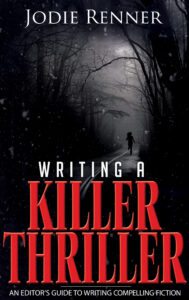 4. Overuse of –ing verbs. Best to use -ed verbs instead—they’re stronger and more immediate. “He was racing” is weaker than “He raced.” “They searched the house” is more immediate than “They were searching the house.” Rewrite -ing verbs whenever you can, and you’ll strengthen your writing and increase its power.

6. Pile-up of adjectives. Use adjectives sparingly and consciously. Instead of stringing a bunch of descriptors in front of an ordinary, overused noun, find a more precise, expressive noun to show rather than tell. Instead of “a very tall, hefty man” say “a giant”; instead of “a beautiful, huge, historic house,” say “a stately mansion.”

Overuse of adjectives can also turn your writing into “purple prose”—melodramatic, overly “flowery” writing. For example, here’s an over-the-top description from a novel I edited many years ago, about a sports car in motion: “Every turn of the wheel, the veiled beauty of fortune shadowed him: serpentine and capricious in nature, bestowing pleasure or pain at whim, and enslaving mankind to her fancy.”

7. Telling instead of showing. Show us, don’t tell us how your characters are feeling. Avoid statements like, “He found that funny,” or “The little girl felt sad.” Show these emotions by their actions, words, tone, facial expressions, and body language: “Eyes downcast, shoulders slumped, head down, she pushed her food around the plate.” Do searches for was, looked, seemed, and felt and reassess and revise.

8. Distracting dialogue tags. Stick with the basic he said and she said­ (or asked) wherever possible, rather than “he emphasized” or “she reiterated” or “Mark uttered,” etc. These phrases stand out, so they take the reader out of the story, whereas “said” is almost invisible. However, I like dialogue tags that describe how something is said, as in he shouted, she murmured, he grumbled, she whispered.

Also, you can often eliminate the dialogue tag altogether and just use an action beat instead:  He picked up the phone. “That’s it. I’m calling the cops.”

9. Showing a reaction before the action that caused it. Make sure your sentence structure mimics the order of the actual actions. Describe the action first, then the reaction; the stimulus, then the response. State cause before effect. Instead of “He jumped when he heard a piercing scream,” write: “A piercing scream made him jump.”

10. Passive instead of active voice. Don’t say, “The ball was thrown by the boy.” Say “The boy threw the ball.” Start with the doer, then describe what he did, rather than the other way around. Use the more direct, personalized, active voice wherever possible. Instead of “The house was taped off by the police,” write “The police taped off the house.” Instead of: “Fire on them as soon as they’re spotted,” say “Fire on them as soon as you spot them.”

11. Negative constructions. Avoid double negatives as they can be confusing to the reader. Instead of “I didn’t disagree with him,” say “I agreed with him.”

12. Frequent repetition of the same word or forms of the same word. If you’ve already used a certain noun or verb in a paragraph or section, go to your thesaurus to find a different way to express that idea when you mention it again. “The assailant closed in on me, eyes blazing. Next thing I saw was his fist closing in, and then making contact.” or “Two big stacks of files were stacked on her desk.”

13. Pet words or imagery you use over and over. Is your character smiling or shrugging or squinting or swallowing or nodding or rolling her eyes or raising her eyebrows a lot? Vary the wording and imagery.

14. Formal sentences and pretentious language. To be avoided in fiction, unless it’s the dialogue of an arrogant or pretentious character. Rather than impressing your readers, ornate, fancy words can just end up distracting and alienating them. Simple words are more powerful and direct, as they evoke an instant image or feeling. Pompous or unfamiliar words feel like the author is trying too hard to impress us.

“Are you excavating a subterranean channel?” asked the scholar. “No sir,” replied the farmer. “I am only digging a ditch.” – Anon 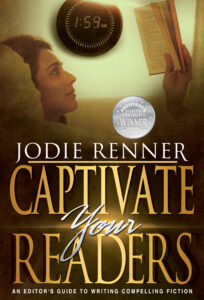 – Don’t start sentence after sentence with “He” or “She” or their name. Rearrange the ideas for a more sophisticated feel:

Before: His headlights found the driveway leading to the rear of the duplex. He parked in the darkness. He closed the car door carefully after him. He drew his gun. He was relieved to see no lights in the windows. He walked quietly up the path to the back door.

After: His headlights found the driveway leading to the rear of the duplex. He drove around, then parked in the darkness. Closing the car door carefully after him, he drew his gun and crept forward. As he walked quietly up the path to the back deck, he was relieved to see no lights in the windows.

– Don’t start sentence after sentence with a gerund:

Creeping to the office door, Eileen stood listening. Hearing nothing, she opened it and peeked out. Seeing no one in the hallway, she headed for the door near the entrance to the showroom. Entering the room, she turned on the light and closed the door behind her. Expecting to see a room filled with stolen artwork, Eileen was disappointed.

– Change up “and” sentences, which can seem clunky and amateurish.

Before: He was tall and thin with a long narrow face and looked exhausted.

After: Tall and thin with a long narrow face, he looked exhausted.

Before:  Ben Cross was a top-notch investigator. He was at a table drinking coffee and eating a donut when Shelley walked in.

After:  Ben Cross, a top-notch investigator, was at a table drinking coffee and eating a donut when Shelly walked in.

Or:  Shelly walked in the café and looked around. Ben Cross, a top-notch investigator, was at a table drinking coffee and eating a donut.

This list is by no means exhaustive, but working through these tips should definitely result in a more dynamic, engaging writing style and better pacing. For more many more tips with examples for sparking up your story and polishing your prose, check out Jodie Renner’s FIRE UP YOUR FICTION.

Do you have any style tips to add? Please post them in the comments below. (Let’s leave advice on grammar and punctuation, and also plot, characterization, pacing, tension, intrigue, etc. for other blog posts.) Thanks. 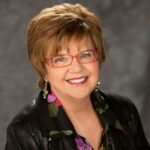