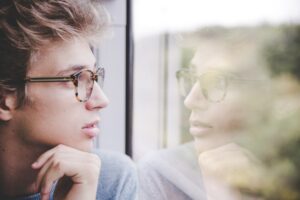 Check out the photos of people on this website. Facial expressions change. Body movements and gestures look natural. Yet these “people” aren’t real. They were created by artificial intelligence (AI).

Previous iterations of computer-generated models had telltale signs that gave away their artificial nature.

How do they achieve this? They pit two AI systems against each other in a competition called “generative adversarial networks” or GAN. One creates an image from databases, the other critiques it, tweaking the tiniest details until the creation is indistinguishable from reality.

DataGrid plans to license this technology to the fashion industry to showcase clothing lines with created models of the desired size and shape.

But a writer’s imagination explodes with possibilities.

What real-life crimes could be spawned by AI technology? Here are a few ideas:

An innocent person is framed because their created double appears on video committing a crime.

What happens to eyewitness testimony? Whom did the witness see? An actual human or a model?

A head of state is kidnapped/killed and a double takes over, changing the course of history.

The late, great comedian Redd Foxx used to say, “Who you gonna believe? Me or your lying eyes?”

Who are we gonna believe? How will we know if our eyes are lying or not?

TKZers: Let your imaginations run wild. Share crimes you envision from the nefarious use of AI.

What do you think will be some of the unintended consequences?

Debbie Burke’s new thriller, Stalking Midas, contains no characters created by AI, only ones dreamed up by her imagination. Available in Kindle or paperback.