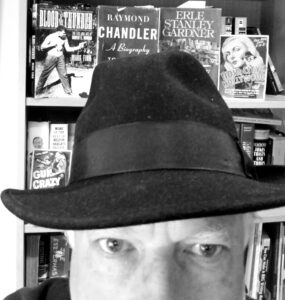 There’s always been a certain amount of stress associated with being alive. In pre-historic times, this was largely based on concerns over being eaten by large animals. Or by having pointy things stuck into your body by the tribe down the road. At the same time, you had crops to attend to and weather events to deal with. All with no TV, internet, or Candy Crush.

Later on, the Greeks sat around inventing philosophy and giving people more reasons for stress, as in, trying to figure out the point of this bewildering existence. Religion was asking the same questions in places like India, China, and Jerusalem.

As the great historians say, stuff happens. Like war. More stress. In America we had a war oddly called “Civil.” And later joined the right side in a couple of wars big enough to be called “World.”

In between WWI and II, we had the Great Depression, and the stress of actually getting food onto the table. Jobs were scarce. Prospects, in many cases, dim.

Which is where escapism stepped in to offer rays of entertaining sunshine. You had the movies, of course. For a dime you could spend a few hours with Astaire and Rogers, Gable and Tracy, Hepburn and Grant. Radio was pervasive, providing laughs from Benny and Hope and Fibber McGee, and adventures with The Lone Ranger and The Shadow. And comfort by way of “fireside chats” delivered by President Franklin Delano Roosevelt himself. 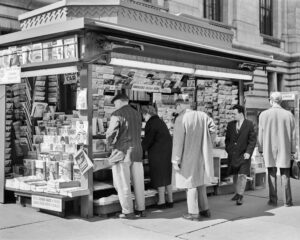 Indeed, some of our best American writers came out of the pulps—people like Dashiell Hammett, Raymond Chandler, Robert E. Howard, Fredric Brown, and Horace McCoy. Not to mention the many steady professionals who knew one thing above all—how to tell a dang good story.

And just what did these stories have in common? I think Gardner himself said it best:

I believe this is still true. Which is why I’m launching my own short fiction channel via Patreon.

If you’re not familiar with Patreon, it’s a site where artists of various stripes can find support for their work. Friends, family, and fans become patrons of the artist. Usually that comes in the form of monthly pledges, in return for which a patron receives various benefits, such as early access to new work or a personally autographed print.

But there is another model called “per creation,” which seems to me more applicable to writers. In this model, patrons are not charged monthly, but only when an actual story is published. My job is to deliver the goods, which means entertaining escapism for a busy reading public. Stories you can read on the subway or the bus, or while waiting for the doctor, or simply at home after a long day when you don’t feel like cracking Moby Dick.

All of the details about this venture are on my page. I hope some of you will join me in this venture. The stories I publish will not appear anywhere else. You’ll be able to read this exclusive content online, on your phone via the free Patreon app, or on your Kindle, Nook or Kobo ereader.

My first story will come out June 1. It takes place in Hollywood in 1945. There’s a movie studio, a murder, and a studio troubleshooter named William “Wild Bill” Armbrewster. He’s going to be a series character, so this would be a good time to get in on the ground floor.

Because in times such as these, escapism rocks.

So what are some of your favorite books, movies, or TV shows when you simply want to escape?