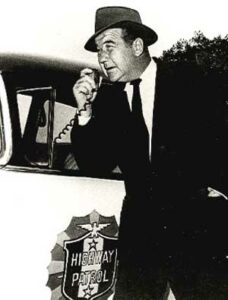 One of my biggest problems when writing is that I tend to get in my own way. This has occurred with some frequency during my latest project, currently titled The Lake Effect, which I discussed here a few weeks ago. You may or may not recall that I dreamt the beginning, middle, and ending of what is a love story. All that I have had to do is write the thing. This I am doing,  and am having fun doing it. Occasionally, however, I can’t leave well enough alone. I know that I should simply tell the story. I’m doing that, but occasionally I seem to consider myself to be duty bound to insert into the narrative examples of how clever and knowledgeable I consider myself to be.  As one might expect, I am usually wrong. The result is that my narrative bogs down. I’m not getting tripped up in detail. Sometimes one should stop and smell the roses, so long as the scent is pertinent in some way to the story. My mistake has been that I will be moving from Point A to Point B but will insist on stopping and describing Points A1, A2, and A3 along the way as well. I don’t consider my reader, who (hopefully) will want to get to Point B with all due and deliberate speed. I do this and  wonder why it isn’t working, then realize that I am boring myself. If I am putting myself to sleep, then what am I doing to my poor reader, who will probably leave the building, never to return?

I have found that as a sort of enjoyable and tutorial penance for such a writing error I am best served by watching a few episodes of Highway Patrol.  It was one of my favorite television series in the 1950s and remains so today. Each episode was about twenty-five minutes long. They would shoot the episodes in two to three days, twice per week, and broadcast close to forty episodes a season. This was done on a very limited budget. There were no fiery car crashes or extended shootouts through shopping malls.  There were other constraints. Broderick Crawford was the lead actor. He played Dan Mathews, the taciturn, grizzled head of the unnamed Highway Patrol unit featured in the series. Crawford’s parts in each episode had to be shot in the morning because he was usually well-toasted by lunch. It somehow worked. Crawford delivered his dialog staccato-style (“Youshouldbesorryforwakin’meathishourwhaizzit?”) (“CorneraBrownanChocorantwoaclock”) (“21-50taheadquarters10-4”) when ordering his officers about. The cadence of Crawford’s diction, or lack thereof, was perfect for an episodic series where time was of the essence.  There was also a formula applied to the shows which becomes obvious after a few different viewings. It was simple. A crime would be committed, Matthews and his team would chase their tales, and some evidence would be discovered, all within the first half of the episode. The last half of the episode (all twelve minutes or so) would show Mathews and his associates bringing the evildoers to justice. Voice-over narration by a gentleman named Art Gilmore gave each episode a quasi-documentary feel (“Burglary is the alley cat of crime, wandering the night in search of prey”). At the conclusion of each episode, Mathews, as he was getting into his car, would stop, look at the camera, and break the fourth wall by directly addressing the television audience with a pithy safe driving platitude, such as “It isn’t the car that kills…it’s the driver!” Just so.

Each episode of Highway Patrol was suspenseful and exciting even with such a cut and dry formula. Nothing ever really felt left out. Each minute — each second — was important. Highway Patrol was the first television series to utilize fast cutting — a few different action shots of just a couple of seconds’ duration (usually consisting of a police car racing to a crime, or chasing a suspect) — to move the action along.  They also didn’t spend a lot of time getting the viewer from Point A to B. Mathews would get a lead, jump up from his chair and say, “Let’s go!” The next scene might show him driving quickly down a street for about two seconds (stock footage was often used, as Crawford at one point during the series run had his real-world driver’s license suspended for driving under the influence) followed by Mathews getting out of the car at his destination and shooting it out with the criminals. Bing bang boom.

If while writing you find yourself stuck in a thicket of your own design and wondering what to weed and what to water watch a few episodes of Highway Patrol. It is possible that you will absorb its lessons about narrative and storytelling by osmosis. All four glorious seasons (Crawford said the series stopped because they ran out of crimes) can be found on DVD,  YouTube and a couple of cable channels. It works for me. If you already have a method of bringing your writing errors and ommissions on track, please share. And thank you. 1075 to 21-50. 10-4.