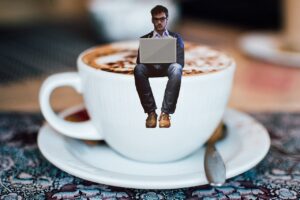 We are well into the second decade of the self-publishing (now more preferably termed indie-publishing) movement. The flame wars of the early years (“Death to traditional publishing!” “Oh yeah? Self publish and you’ll ruin your career!”) have been replaced by the calm ruminations of business-minded “authorpreneurs.”

And while reports of the death of traditional publishing have been greatly exaggerated, the industry’s dependence on A-list stars has left a void in what used to be called the “midlist.”

It is a vacuum productive writers abhor. So they have filled the void with indie product.

Of course, most of the product is, shall we say, not good (see Sturgeon’s Law). Nor is all of it legit. Perhaps you’ve been following yet another plagiarism scandal that recently broke out, this time in that part of the book kingdom where romance flowers. A USA Today bestselling writer apparently hired a ghostwriter from, of all places, Fiverr. That’s a site that has all sorts of freelancers who’ll work on the cheap—five bucks is the baseline. This author was hiring said labor to put together “books” in the romance genre so she could be slapping them up on Amazon at a heart-pounding (notice my genre-specific adjective!) pace. Problem: the freelancer was snatching passages from published works to fill out the pages.

Kris Rusch wrote about this, and has these wise words:

The smartest thing…is to write your books at your pace, and stop flooding the market with mediocre books, written by people who don’t care about your worlds or your characters as much as you do.

If you got into this business because you love writing, then write for heaven’s sake. And if you’re worried about maintaining your income, then the real key is to cut expenses, not add to them. If you can’t survive without gaming the system, then maybe consider a part-time job until you have enough money put away to augment your writing income in the lean months. Then live on a percentage of what your writing earns, not on the entire amount.

Indie writers (who are true writers) want to feed the system. Indie scammers (who are not true writers) want to game the system. You have to live with yourself. Unfortunately, with the death of shame in our culture, cheaters are often able to look in the mirror with a satisfied smile. But know this for certain: they will never experience the true joy that only comes from honest applied effort.

I’ve been a happy indie since 2011. Coming from the traditional world, however, I am appreciative of the “grinder” my books were put through, meaning the editorial process. I worked with some great editors who helped me get better. As an indie, I seek similar feedback on every book I write.

And when a book is ready, it’s published in ten minutes. Boy, do I love that!

Here’s another joy—getting to publish something written by my late father. 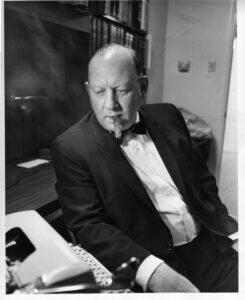 Back in 1972 my big brother, Bob, was having thoughts about becoming a lawyer like our dad. Bob was, at the time, a teacher at an elementary school in northern California. So he wrote Dad a letter—a real letter, on paper, with an envelope and a stamp!—asking for Dad’s counsel.

And Dad, never one to do things (like represent a client) half way, wrote a long letter in response.

Dad thought his modest epistle might be something other lawyers would find of value. So he paid to have it published in installments in the Los Angeles Daily Journal, the city’s legal newspaper.

It was a huge hit. The demand for copies proved so great that Dad had the whole thing printed up and paid for it to be included as an insert in a later edition of the Journal.

It hit me recently that Compendium Press, my indie publishing company, ought to publish the letter once again, this time permanently in digital form. But I couldn’t locate any copies in my dad’s files. 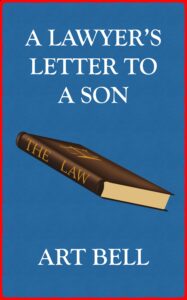 So I asked my brother if he had a copy. He did, and sent it to me as a PDF file. I then sent it to a scanning service, and now it’s up permanently as A Lawyer’s Letter to a Son.

Why publish it again? It’s not because I think it will make a lot of money; it won’t. It’s because I believe its message is relevant today for anyone considering going into law—or maybe who went into the profession for the dough and are starting to wonder if that was the right reason. The letter represents a view of the law that is rare today: as an honorable profession, not just a way to gain money or power. (And no lawyer jokes, please!)

My dad was a great L.A. lawyer, highly respected by his peers, and a colorful character in his own right. He loved a good fight in court, a good cigar in his leisure, and a sporty bow tie with his suits. I love hearing his voice again in this letter.

Now to you, TKZers. What brings you joy in your writing?

34 thoughts on “One of the Joys of Indie Publishing”