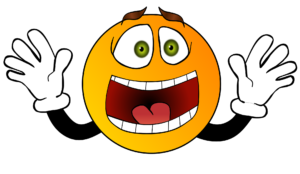 A recent post by agent Janet Kobobel Grant offers some welcome relief on the dicey subject of “platform.” I’ve been slapping that particular bongo for years. How are new fiction writers supposed to create a following before they have any books out? I even pulled up a comment I made on TZK ten years ago (before I was a contributor!), to wit:

By far and away the best “platform” for us is OTHER people yakking it up about our books. Word of mouth has always been the most powerful marketing tool. You don’t get that by blogging, tweeting or shouting. You get it ONLY by writing books people talk about. That has to be job one.

The flip side is the best promoter in the world cannot overcome a book that fizzles with the reading public. It can get you a strong introduction, but from there the book takes over. If it does fizzle, the answer is not more promotion; the answer is a stronger book.

Yet many a publisher has pushed platform building, even for unpublished writers, leading to increased levels of scribal stress and sales of Pepto-Bismol.

A platform, as the book industry sees it, is whatever you do to engage and interact with a significant portion of the public. That includes social media, blogs, vlogs, podcasts, and even good old public speaking.

All of those things take effort and cut into a writer’s creativity and productivity time. So does it make sense to spend that capital trying to create a platform at the expense of writing good books?

There is no shortcut to platform success, either. Sure, you can farm 50,000 Twitter followers, but how many of them are truly interested in you? Or you in them (shown by actual engagement)? That’s the key to social media. Thus, I was glad to read Janet’s comments:

The second group of editors I met with started off our conversation by saying they have come to realize it’s unrealistic to expect a newer novelist to have a large platform. Upon what foundation can a fiction writer build that platform? Especially as a debut novelist, you can only engage potential book-buyers so much in your writing and research endeavors before your attempted connections take on a bland sameness.

However, Janet continues, these fiction editors do want to see that a writer is “willing” to engage in platform building. Which means at least one social media footprint. The big takeaway is something I’ve advised for years:

These editors believe that choosing to focus on one aspect of social media is the best route to go. Rather than dabbling in several mediums but not really figuring out what works for you, dig into one medium and gather all your friends or followers in that one spot.

So which social media outpost is best for you? Read and reflect on Sue Coletta’s excellent post on the topic. Be sure to follow the links and also read the comments. You’ll make wiser social media choices if you do.

I hope you’re taking a deep breath as you consider that some of the pressure to collect names and online connections has let up just a bit. None of these editors would say platform isn’t important. But each of them would say she—and the whole publishing team—is taking a more nuanced look at the planks of each writer’s platform.

By the way, if you want to plow right through the nuance, write a book that blows them all away. Then you can talk about platform all you want.

As I was prepping this post, an article entitled “How to Reduce Marketing Anxiety and Confusion” by industry expert Jane Friedman appeared on the PW site. Jane writes, in part:

In a great scene from Lost in Translation, Bill Murray’s character says, “The more you know who you are and what you want, the less you let things upset you.” If I could customize that for today’s authors, I’d say, “The more you know who you are as an author and what readership you seek, the less confused you’ll be about marketing.” And the less you’ll be influenced by the crowd.

It’s easy to feel anxious about your progress when you see your peers engaging in new forms of publishing or marketing and you feel pressured to join. But the more you’re focused on your own long-term outcomes and how to wisely use your time and resources, the better prepared you’ll be to consider or experiment with new tactics, adopting or discarding them as you see fit.

So how is your platform anxiety these days? Does it ever detract from your writing? What are you doing about it?