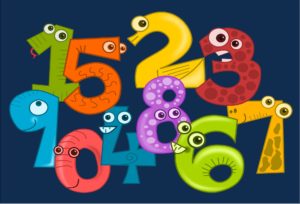 I’m a goal setter, but it didn’t come naturally. When I was a young pup I tended toward the Walt Whitman school of life: I loaf and invite my soul.

That had to change when I went to law school. And then when I joined a big law firm; even more when I went into private practice.

Later, I started running a small business and really had to get into goals, for they are an essential part of Entrepreneurship 101. Those were good self-study years for me. What I learned back then has served me in good stead ever since. (If you’re interested in the details of those lessons, I put them into a monograph available here.)

When I was just starting out on this writing gig, I got some invaluable advice: set a word quota, not a time quota. Don’t say, “I’m going to write for two hours every day!” because there are too many ways to waste that time. You could stare out the window for an hour and a half and call it creativity.

A word count quota produces pages. A page a day is a book a year. (A page is approximately 250 words. A Ficus tree can write 250 words a day. Don’t be shown up by a Ficus tree.)

Over the years I’ve been asked about my quota and system for keeping track, so here it is.

My quota, as it has been for most of my career, is 6,000 words a week—312,000 words a year. I try to write six days a week and take Sundays off to rest the noggin. Having a weekly quota helps because if I miss a day for some reason, I can make up the words on another day.

This works for me, though it’s nothing compared to what some of the great old pulp writers used to do. A few of them pounded out one million words or more per year, and on manual typewriters, too!

Sheesh. They must have driven their neighbors crazy.

Erle Stanley Gardner, creator of Perry Mason, was one of the million-plus boys. Sometimes his fingers would bleed. He’d tape them up and keep typing.

Then he discovered the Ditcaphone. At the peak of his productive years Gardner was dictating his books and had a team of secretaries transcribing them. These days there are several options for speaking your words. Google Docs has a pretty fair dictation mode. So does Mac OS. I’ve done some dictating via my phone (into Google Docs) and on the computer, but it never feels quite right to me. With the editing that’s involved after I dictate, I wonder if the actual word count + time equation isn’t just about the same.

I keep track of my words in two ways. When I compose in Scrivener, which I do most of the time, it has a handy-dandy word count tracker for both the overall project and the current session. If I’m writing in Word, I first jot down the word count of the document. I type, and when I finish I simply subtract the old word count from the new.

I tally these words on a spreadsheet, and have been doing so for twenty years. On my spreadsheet I have four categories: novels, non-fiction, short fiction, and writing. That last category is specific to my craft teaching. So I can look at my sheet and see how many words I’ve written in each category per day. I have a daily tally, and a weekly tally. I have a cell next to the weekly tally that keeps track of my cumulative output.

Okay, does all this seem too complicated? It really isn’t. Once you have the spreadsheet figured out you can reproduce it easily each year. And once you’re in the habit of tracking your daily word count, it will become second nature.

What should your quota be? I advise writers to figure out how many words they can comfortably produce in a normal week, then up that by 10% as a stretch goal.

What’s yours? Do you have a system for keeping track? Or does the thought of goals for your writing make you nervous?

FYI, tomorrow is release day for my new Mike Romeo thriller. It’s available for pre-order now at the special launch price of $2.99.