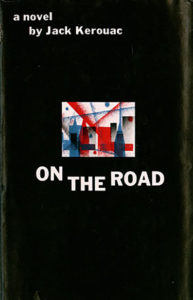 16 thoughts on “Jack Kerouac On Writing”