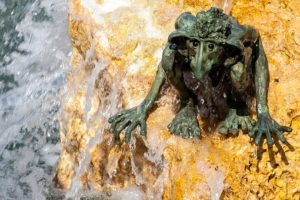 English is a constantly changing language, which is its delight and its difficulty. Old words are constantly being refurbished and given new uses.
One is troll, a word once associated mostly with fairy tales, as in “The evil troll lived under the bridge.”
Thanks to the internet and computers, troll has a whole new usage. As a noun, the Urban Dictionary says a troll is: “One who posts a deliberately provocative message to a newsgroup or message board with the intention of causing maximum disruption and argument.”
As a verb, to troll means to fool someone. Sasha Baron Cohen is the current Troller in Chief. He pranked sheriff Joe Arpaio into saying he’d have oral sex with Donald Trump. 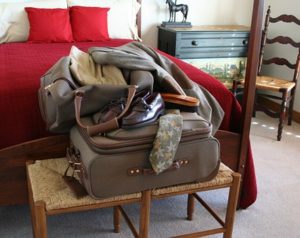 Unpacked is another refurbished word. Unpack used to be something you did with a suitcase. Now it means to analyze. How many times have you heard a radio host on NPR say,
“There’s a lot to unpack here in this story on . . . ”
What refurbished words are you seeing, TKZers?