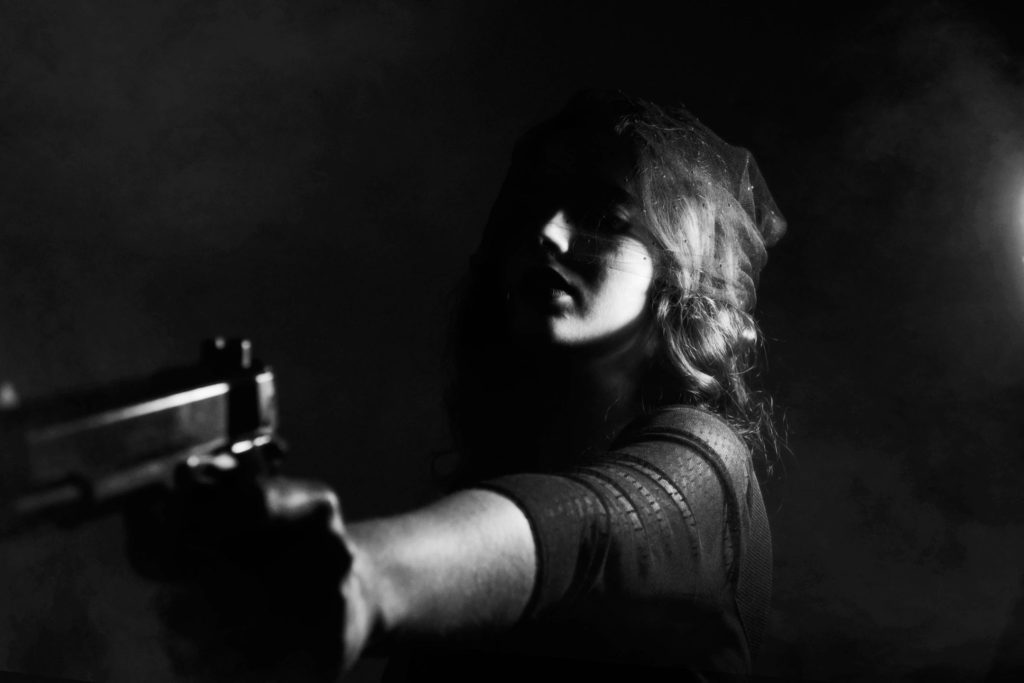 It’s my pleasure to bring you a new First Page Critique. The chapter is the first from a novel called, No Such Thing as Enough.

Jamie Frampton took seventy-five feet to die. The first bullet entered his chest and blew out his back, leaving blood spatter on the brick wall of the alley. A crooked blood trail marked the cement where he staggered between the Chinese take-out place and the hardware store. Finally, he left a pool of blood where he collapsed on the North Main Street sidewalk after turning right and taking his last steps, trying to get home, the shooter putting another bullet in his head. The skinny seventeen-year-old had put up a good fight, but he lost.

Jamie’s mother, Alice, rousted me out of bed with a phone call at about 3:00 AM. “Pastor Rathbone, my boy is dead.” Her voice came through flat, expressionless. “Please come down to North Main Street. Maybe you could tell me where God was when my boy was dying? Or maybe you could tell me why God didn’t care that my boy was murdered in the street?” She cried as she hung up, leaving me sitting in my underwear, staring at the receiver.

I tried to place her face, but nothing registered. She had to be a member of the congregation, but I couldn’t remember ever seeing her. In a church the size of the Dayton Crossing Christian Tabernacle, that was easy. How had my predecessor, Pastor Richmond, been able to keep track of so many people?

I wondered what Alice expected me to do or say. Where was God when we needed him? I had no idea. I had struggled with that question most of my life, and still I had no answers. Nevertheless, it was my job to bring comfort—not that anything I could say would really comfort her—so I threw on some clothes and headed out to downtown Dayton Crossing.

While I do enjoy working with writers who have that new baby writer smell (Mmmmmm, those potent combinations: Fearlessness/fearfulness. Inventiveness. Enthusiasm/despair. Overconfidence/zero confidence.), it’s always a pleasure to work with a writer who has read a lot of fiction and can construct not just a pleasing sentence, but a well-thought-out paragraph. Hear, hear, brave author! You’re off the ground, but let’s work on your aim.

I was going to start off with a most obvious comment about presenting a logical sequence of events, which is something a lot of us struggle with. What comes first, second, third, etc.?

But I’m going to short circuit that comment with an observation that came to me on my fourth or fifth reading of this opening: It reads exactly like a novelized screenplay. While I’ve only written one produced screenplay, and a handful of live theater pieces, I have—if there were such a thing—an unofficial  doctorate in crime television viewing.

Seventeen-year-old boy walking downtown at night is ambushed, shot in the chest with a high-caliber bullet by a shadowy assailant who could be either a man or woman. He staggers, badly wounded, through an alley leaving a trail of blood. He’s thinking of home (perhaps he’s just been on his phone, calling Mum to say when he’ll be home), and is desperate to get back there, but we can tell by the music he won’t be saved. He collapses on North Main Street, and the assailant shoots him in the head.

Rathbone, a middle-aged man, ruggedly handsome buy not cocky, fumbles for the ringing phone. A woman speaking in a rather monotone, expressionless voice is on the line. She launches into the tale of her son being murdered, while Rathbone frantically feels around for the Dayton Crossing Christian Tabernacle membership directory. Who is this woman, and what is she saying? He sits up, wearing only his underwear. She hangs up, now weeping, and he’s left still puzzled as to who exactly she is. He stares at the receiver, still wondering if he’s supposed to remember who she is.

Rathbone puts on clothes, obviously pensive. He’s not sure what she expects from him, but he knows it has something to do with comforting her. He leaves the house in a God-existential crisis to meet her.

(I’m guessing that he shows up on the scene and finds himself more drawn to solving the crime than comforting the expressionless Alice? It’s a solid start to a story.)

Most of the opening chapter is in Rathbone’s first person POV. But the very first paragraph—the establishing shot, if you will, is rather omniscient, with a bit of authorial editorializing thrown in for good measure. “The skinny seventeen-year old had put up a good fight, but he lost.” Something/someone with a personality is making this comment.

Who is saying this? I’m intrigued. The description of Jamie’s path is extremely specific. Are the mentioned places important?

First line: “Jamie Frampton took seventy-five feet to die.” I like this sentence. It sets up the paragraph well, and I suppose it connects to the specificity of his path. But in the end I find it awkward. Maybe more detail to improve the rhythm.

“Jamie Frampton took a 147-grain, .9mm bullet to the chest, but it took him two minutes and seventy-five frantic, painful steps to die.” If you’re going for drama, go big!

Consider doing one of two things with this paragraph. You can make it a prologue or the first chapter by itself. Back off on the editorializing unless that voice is going to reappear many more times throughout the book. The other thing you could do is give us—or give Rathbone—this information when he’s hanging around the crime scene. Perhaps the guy is a garrulous detective or M.E. who sees Rathbone as non-threatening because of his profession.

It just doesn’t work where it now is.

Rathbone seems a pretty sensible guy. Very philosophical and a bit troubled. Let him have his way with his story, and don’t be afraid to take chances with him.

It’s a terrific start! Just remember that what works in a screenplay won’t translate directly into a novel.

22 thoughts on “First Page Critique: No Such Thing as Enough”