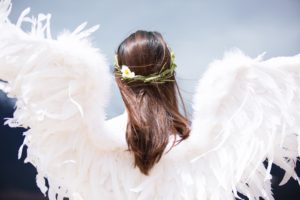 I recently had what I’ll call an “episode” which caused me to pause and remind myself of my mortality. The circumstances aren’t important here other than to note that my immediate thought at the time was, “I don’t want to go out like that!” I did begin thinking, however, about what would occur if I suddenly found myself standing before the ultimate throne of judgment and the potential mess I would leave behind, and I’m not just talking about the collection of music and reading material I have. I’m referring to things left unpublished and unsaid, which would include both words most tender and the slings and arrows which the French refer to as l’esprit d’escalier.

There are also footprints through cyberspace to consider. Most of us have anywhere from one to a couple of hundred passwords for various things from email accounts and insurance policies to online collections of pornog…er, erotica and everything in between. I’ve seen those adorable little notebooks with the legend “Password Keeper” on the covers in gold and bold letters, created for the purpose of letting the owner mark down each and every one of their online passwords but which make it easy for whoever picks their pocket or grabs their carry-about to access their life and fortune. You don’t want one of those. You want something a little more secure. Many of you probably have a LastPass account which functions like the memory of a twenty-two-year-old who has never sampled drugs or alcohol and which will let you access whatever whenever you need it (though God help you if you forget the magic twanger for your LastPass account itself). At some point, your significant someone may need to access all of those passwords, including “iwant2writelikeJSB!” for Google Drive or “eyehaveAsecretcrush0n(initials deleted)” for your photos in your cloud storage. Then there are all of those works in progress on which you’ve been working progressively, including the masterpiece that you finished just before that one hundred plus percent blockage of the left anterior descending coronary artery that’s been manifesting itself as that numbness in your left arm which you’ve been 1) ignoring or 2) attributing to epicondylitis for the last six weeks suddenly decides to turn off the tap.  Wouldn’t it be nice, don’t you think, to have something that would store everything from your passwords to your documents for your spouse, successor, agent, administrator, and/or beneficiary might need and get it to each and all without worrying about a court order to open your safe deposit box, or to cause a scavenger hunt through a bunch of file boxes? Here’s something else. Rather than inconvenience everyone by forcing them to attend a funeral service (or to manufacture an excuse to be absent) wouldn’t it be better to record pre-morbid messages telling folks exactly what they meant to you and which would be sent to them after your death, since we know not the date, place or the hour?

There are, interestingly enough, a number of websites that will do just that. I had never heard anyone mention such a thing until a day or two ago, but such services have been around since 2012, which is a technological eternity ago. I don’t get out much, but you would think that because I don’t get out much I would know about this. That said, there are quite a few of them, and the services offered differ from site to site, as do the cost (though many are free). What they basically offer, however, is an ability to provide delivery of online documents, lists, and multiple media files to a person or persons of your choosing. You deposit the files electronically and provide the site/service with the emails of the people to whom you want to be able to access the files. There’s a dead man’s switch (and yes, there is an app available by that name) attached to some of the services which, if you don’t check in at regularly designated intervals to demonstrate that you are not on tour with the Choir Invisible, will assume that you are dead and will then send a link to your files to your personal Max Brod. Others, when you do not check in, will query your most trusted friends (again, you supply the list) to make sure that you have really passed on (as opposed to drying out after the most recent Bouchercon). There is an incomplete list of such sites here but there are others with such warm and cheery names as ifidie.org and emailfromdeath.com that will get the job done as well.

I’m not endorsing any particular service here, having just become aware of them myself. It’s certainly something that I am going to explore, however, and not just as a tool for estate planning. This whole topic opens up a potentially rich new vein of story possibilities in what my bud Marcus Wynne calls the grammar mine. Here is one: someone receives an email correspondence from a long-estranged deceased friend which contains a cryptic video file showing a murder. I won’t ask you what yours might be, but please take a moment to check out one or more of the links and then tell us: would one of these services be of any particular benefit to you? Or does the paper file in the cabinet (or safe deposit box) work just fine for your purposes? Please let us know. And stay safe and healthy. As for me, I’m going to go write a final blog post as a goodbye. I hope it’s not needed for a long, long time.

16 thoughts on “Communicating from Beyond the Grave”