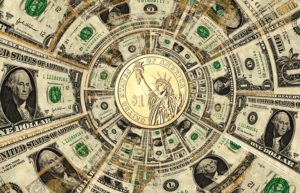 As you can imagine, I was thrilled to receive this message. Such a warm, gracious salutation. They don’t even know me but they address me as “Dear.” How touching.

If you have an email address (and who doesn’t have several?), you’ve probably received numerous 419 scams, named for the Nigerian criminal code section about fraud since many operations originate there and in West Africa.

For your listening pleasure, here’s a catchy tune about 419 scammers entitled “I Go Chop Your Dollar.”

Advance fee schemes are the most popular: the mugu (Nigerian Pidgin for “big fool”) is asked to wire money in order to receive lottery winnings or awards, like the $3MM from my generous friends at Halliburton. Or the fraudster spins a tale of the death of a loved one (often related to a dead dictator like Gadaffi) who’d secretly stashed millions, now inaccessible. If you, dear trusting victim, will help by sending money for bribes, bank fees, etc., the bounty will be split with you. No extra charge for misspellings and fractured syntax in their communications.

Most of us wisely hit “delete” and don’t give spam a second thought.

But there are virtual vigilantes who fight back by scambaiting. The Better Business Bureau defines scambaiting as “getting even with person or a business that has either scammed you or attempted to scam you.”

Some scambaiters tie up criminals in long, convoluted email and phone exchanges with the goal of wasting as much of the scammer’s time as possible to prevent them from targeting other victims.

However, more aggressive vengeance seekers, like 419eaters.com, engage criminals in a “cyber-sport” game to turn the fraud back on the perpetrators. Some scambaiters cooperate with law enforcement to ensnare con artists. Many, however, act as freelance vigilantes.

Initially, the scambaiter pretends to play along with the scheme. He regretfully cannot follow the scammer’s original instructions but offers an alternative plan. For instance, he may answer along these lines:

Even though I’ve never met you, I can tell you are a person of the highest integrity. I put my absolute faith in you as my honorable friend that you will guarantee I will receive my reward as soon as I transfer the required fee to you. In order to facilitate that, please fly to London at your earliest convenience where my bank is located, and check into the Ritz (or the Savoy or other expensive accommodations the scammer has to pay for). While you are there, my trusted advisor, the Barrister Dr. Mon T. Python, will meet with you to arrange transfer of my monies into your hands.

Most sincerely with undying gratitude for allowing me to be of service to you,

Except there’s always a slight regrettable hitch…One delay follows another, always with sincere apologies, while the scammer runs up expenses waiting to collect from Mr. Sucker.

Another variation moves the delivery location from place to place, necessitating more travel, time, and cost, sending the eager scammer on a wild goose chase in pursuit of his elusive fortune.

In one elaborate scheme, “Shiver Metimbers,” a well-known scambaiter, strung along the scammer “Mr. Martins” for several weeks. Finally Shiver had a long conversation by cell (recorded and available for listening below) that he was on his way to the Western Union office to deliver the money. In the background, traffic noise indicated a busy urban street.

As Shiver claimed to be entering Western Union, a sudden, loud crash could be heard, along with screeching brakes and blaring horns. The cell remained on so Martins could hear screams of agony, arriving sirens, concerned police and emergency personnel.

Guess who the unfortunate fake victim was?

Poor Mr. Martins remained in limbo for several days. One can only imagine his dilemma. Should he stay, hanging on the chance he’ll still receive the money? Or cut his losses and return home empty-handed?

Finally the frantic Martins reached “Gladys Knight,” Shiver’s pip of a secretary (half the fun seems to be making up names of players). Miss Knight regretfully informed him that her boss had been tragically killed.

Even more tragically, the promised money got lost in the confusion.

In addition to wasted time and money, the scammer is often publicly humiliated as well. He may be required to send embarrassing photos as proof of his “true” identity to receive the promised money. Such photos become “trophies” on the scambaiter’s wall of shame, shared all over the net.

The Better Business Bureau and law enforcement strongly advise against scambaiting. Revenge against criminals can be dangerous. Even experienced scambaiters like Shiver Metimbers warn of the dangers. After all, these folks are criminals. They could wreak vengeance of their own if the scambaiter isn’t highly skilled at hiding his location and true identity.

This topic started plots swirling in my head. Elusive scammers lurking in cyberspace seeking hapless prey; angry victims trying to get back their money; even angrier fraudsters who’ve been suckered.

When I did a Google search for novels about scambaiting, I found none, only a compilation of scambaiting stories by Shiver Metimbers.

Hmmm. Is this an untapped reservoir for crime fiction?

To work, the setting would obviously need to be broader than protagonist and antagonist squaring off at dueling computers. Still the concept intrigued me.

What do you think, TKZers?  Have you read stories about scambaiting? Do you see potential for a new fictional trend?

Update: In last month’s post about cadaver dogs I mentioned a pending search for a skier who’d gone missing last February in Montana. A few days after my post, the mission was launched with dog teams brought from other areas. A couple of hours into the search, a Golden Retriever from Colorado located the skier’s body buried under avalanche debris. Here are more details: Flathead Beacon news story. After months of uncertainty, the family at last has closure.

The Kindle version of my thriller Instrument of the Devil is on sale for $1.99 until the end of May.

15 thoughts on “Virtual Vigilantes – Revenge of the Scambaiters”