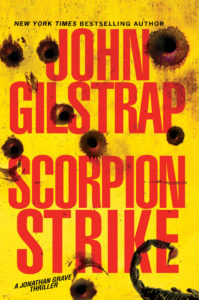 Whenever I finish a new book, my publisher is kind enough to ask me if I have any ideas for what the cover should look like.  It seems like a reasonable thing to expect, right?  After all, I spent a year writing the thing, so you’d think I have some inclination as to what I want the cover image to be.

Well, I never do.  I testify with neither pride nor shame that my mind simply does not work that way.  I think I’ve mentioned here before that after 11 books in the series, I really don’t know what Jonathan Grave looks like.  I know how he thinks, and I know what his skills are.  I know his strengths and his weaknesses, but, physically, beyond having intense blue eyes and a number of scars, I don’t see him in my head.  If I can’t see him, then I guess it should be of no surprise that I can’t cough up a cover image.  That said, I know a good cover when I see one, and this one for Scorpion Strike (July, 2018) is my favorite of all my books. 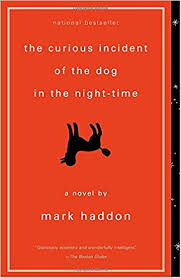 I think that the old adage that a book cannot be judged by its cover is at best disingenuous, and at worst a lie.  We all do it, and publishers understand that we do.  That’s why they have art departments. A book’s cover telegraphs more than just the story it tells.  It says a lot about the attitude of the book and its intended audience.  While my book covers are designed to project a Big Commercial Thriller, other covers, such as the one here for The Curious Incident of the Dog in the Night-time, telegraph quite clearly that they are targeted for a more literary audience. 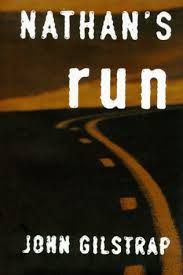 When my first thriller, Nathan’s Run, was released in hardcover in 1996, I was horrified by the cover.  I was a rookie in the business and afraid to express my opinion, but I thought the cover with its drab brown tones and its weird font expressed nothing about the story while conveying the wrong tone.  This was supposed to be a Big Commercial Thriller, but it projected . . . well, I don’t know.  At best, the message seemed muddled. While the book sold well–certainly for a first novel–it fell short of expectations, and I’ve always thought the cover was a contributor to that. 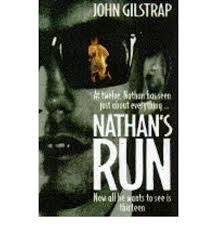 My British publisher, Michael Joseph, on the other hand, had a vision of the cover that fit way more closely to what I thought a cover should look like.  The bad guy’s sunglasses reflecting a fleeing boy was “too literal” in the view of my peeps at HarperCollins, so I kept my mouth shut, but I loved the UK cover. And the tag line, “At twelve, Nathan has seen just about everything … Now all he wants to see is thirteen,” was a stroke of brilliance.  Per capita, the book did much better in the UK than it did here in the U.S.  We all know that correlation is not causation, but you’ll have a hard time convincing me that the cooler cover played a role in the better sales. 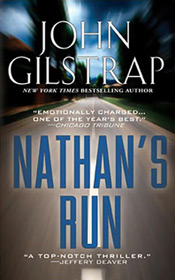 Roughly eight years after the paper copies of Nathan’s Run went out of print, Kensington re-bought the publication rights and put it out  as an eBook, along with my second novel, At All Costs.  I’m not sure what I think about this latest cover.  It shows motion, and I can’t complain about the size of my name relative to the title, but, to my eye, this version of the cover is kind of a place holder. It doesn’t really convey anything about the story, but I think it projects that it’s a commercial thriller.  Maybe that’s all it needs.  Again, I don’t know about this stuff.

Ultimately, I think cover art achieves its primary goal if it convinces a reader to pick up the book and take a look at the first page.  After that, it’s all about the writing. 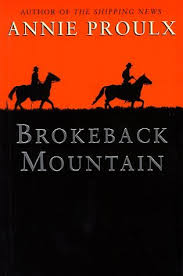 I suspect, in the utter absence of any empirical data, that covers are one of the big obstacles that keep a lot of genre fiction from reaching mainstream acceptance.  We all know the story of Annie Proulx’s Brokeback Mountain.  In its original printed form–before the movie tie-in version–the cover is clearly literary in its focus, and Western in its setting.  In my busiest days of my fire service career, I wouldn’t have hesitated to carry this book with me and read it in the day room of the fire station. Replace the cover with a picture of a bare-chested man in chaps, though, and not only would I not have carried it, I never would have opened it. (Yes, I’m that shallow.)  I know professional women who are secretly fans of romance novels, but won’t read them on the subway because the bodice-ripping covers.

And, in all fairness, I’m sure there will be professional men and women both who will feel a little uncomfortable toting a cover that features rusted bullet holes.  But, man-oh-man, I do love it. 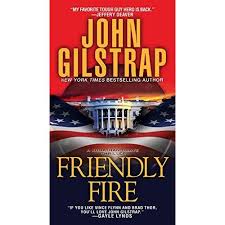 I’ve learned one fascinating fact about covers over the years–and titles, too, for that matter: They needn’t have much to do with the story the book tells. Friendly Fire, for example, features a picture of the White House on the cover. I think it’s a terrific cover, but it hides a secret: Neither the White House nor the presidency play a role in the story. Once again, I was told that I was thinking too literally. The Jonathan Grave novels are “corridors-of-power” thrillers, and that is the message being conveyed by the cover image. Certainly, no one is going to mistake it for literary fiction or a romance. If it’s an engaging enough cover, people will pick it up.  At that point, the cover will have done its job.

A critical component of any cover design is the title.  Here again, the sole purpose of the title, in combination with the cover design, is to get a potential reader to crack the spine and take a peek inside. Thus, the title needn’t connect directly to the content of the book. Rather, it should convey the feel of the story.  The most obvious example of this in my own career is Hostage Zero, the second in the Grave series. The phrase means nothing. There is no Hostage Zero in the book, but my team at Kensington liked the sound of it–and the look of it, too, when put on the page. In the ten years or so since that book dropped I haven’t heard from a single reader or critic who felt cheated by the asymmetry of title and story.

Now I throw it to you Zoners.  How important are covers to you in your decision to give a book a try?  Any favorites out there we should know about?

Oh, and before you go, please consider subscribing to my YouTube Channel, “A Writer’s View on Writing and Publishing.” I like to think there’s some interesting stuff there.

18 thoughts on “Judging a Book By Its Cover”