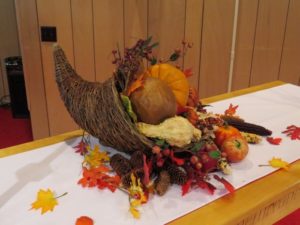 Without villains, there are no heroes. Without conflict, there is no story. Without lies, greed, theft, lust, jealousy, betrayal, rape, and murder, there is no crime fiction.

Those of us who write mystery, suspense, and thrillers embrace evil as a dark blessing to our chosen profession.

Sue Grafton famously admits the inspiration for her alphabet series sprang from an ugly divorce during which she fantasized about killing her ex. She grabbed adversity by the throat and transformed it into a blockbuster series.

Dark Blessing #1: In the 1980s, my husband and I were parties in a grueling lawsuit. Our opponents retained a greedy, unethical attorney. During weeks of depositions in his office, I noticed this framed image titled “The Lawsuit” on his wall. In person, the lawyer’s smug mug bore a startling resemblance to the illustration.

He was quite proud of himself as he milked hundreds of thousands in fees from his clients, which naturally raised our own legal costs as we had to fight back. 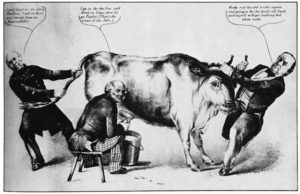 For five long years, this attorney dragged out the suit, convincing a judge to rule against us for reasons that had flimsy legal basis. We suspected the attorney was paying off the judge, but couldn’t prove it.

Then again, maybe the terrible strain of the lawsuit had made us paranoid. Maybe.

We ultimately won the case, but it nearly killed our bank account…and my spirit.

Some years later, the judge was convicted of bribery and sentenced to prison. Too late to help our case, but our suspicions had been vindicated. We weren’t paranoid after all.

The attorney retired comfortably and later died of cancer. Nope, we didn’t send flowers to his funeral.

In a twisted, unintentional way, the attorney did me a favor.

Because of that ordeal, we moved to Montana. There, I’ve followed my dream of fulltime writing ever since. Plots and villains continue to pour from the cornucopia of that lawsuit. And I’ve repeatedly inflicted fictional revenge on the attorney.

Dark Blessing #2: My adopted mother was a sweet, kind, loving lady. This photo was taken at her birthday several years ago. 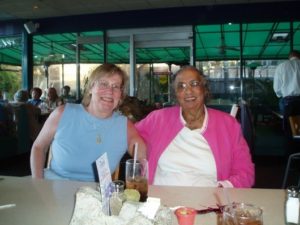 She was also ferociously independent and determined to remain in her San Diego home where she’d lived for over forty years. Despite health problems, she refused to move in with her daughter in L.A., nor me in Montana—too cold. She could take care of herself just fine, thank you very much.

My sister and I respected her wishes, but wangled one concession: a visiting caregiver checked on her several times a week. That solution appeared to work until…

Mama had a stroke a month shy of her ninety-first birthday. While she was in the hospital, my sister and I discovered the caregiver had run up more than $15,000 in fraudulent charges on Mama’s credit cards. We confronted the woman who admitted wrongdoing. We also reported the theft to the police and the elder fraud unit. They promised to investigate further.

Dear Mama maintained her independence to the end. Two weeks after the stroke, she died with dignity, on her own terms.

After her death, my sister and I learned to our horror that, despite abundant evidence and the caregiver’s admission, she couldn’t be prosecuted without Mama’s testimony. What???

Eventually, the credit card companies reversed the bogus charges, but the caregiver skipped away free, no doubt looking for her next victim.

Guess who’s receiving her comeuppance in my current WIP about elder fraud.

Justice that eludes us in real life can sometimes be found in fiction.

This Thanksgiving Day, I count many happy blessings. My incredible husband makes sacrifices so I can live the dream. I’m surrounded by a large community of supportive writer friends. TKZ gives me daily valuable lessons in craft, as well as the opportunity to write guest blogs.

And…there have been enough dark blessings in my life to provide endless inspiration for more novels.

Happy Thanksgiving to all at The Kill Zone!

If you’re a writer, how have real-life tribulations inspired your stories?

If you’re a reader, what books helped you through difficult trials?

Debbie Burke considers her smartphone a dark blessing that inspired her thriller Instrument of the Devil, available here.

11 thoughts on “Giving Thanks for Dark Blessings”