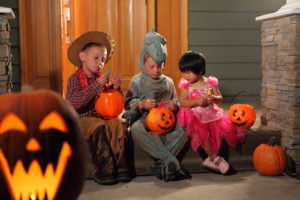 It’s All Hallows’ Eve, and in the US many of us are getting ready to give out treats to bands of little ghosts and goblins roaming the neighborhoods.The rest of the world celebrates Halloween-like holidays in a variety of ways.

In Mexico and parts of Latin America (and here in LA) people celebrate Dia de los Muertos (Day of the Dead) during the first two days of November. 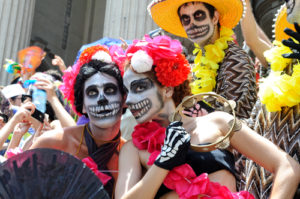 On those two days, according to the tradition, the souls of dearly departed Loved ones are allowed to return to Earth to reunite with their families. The holiday is celebrated with little in-home altars and offerings of pan de muerto (bread of the dead), candy, toys, and other goodies.

Japan celebrates the holiday with the famous Kawasaki Halloween Parade, a gathering of some 400 celebrants in some of the world’s most impressive Halloween costumes. 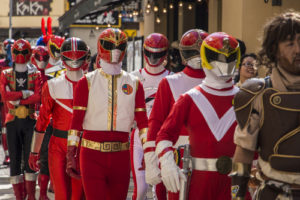 In Hong Kong, people celebrate the Hungry Ghost Festival. Festival goers distribute snacks and money to “ghosts” for sustenance in the afterlife. 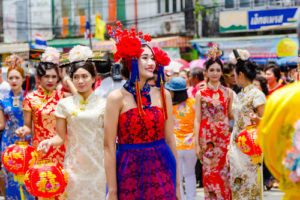 From late September to mid-October, Buddhist families celebrate Pchum Ben, a religious
holiday to honor the dead. People hand out bundles of sticky rice wrapped in banana leaves, and visit temples to offer baskets of flowers. 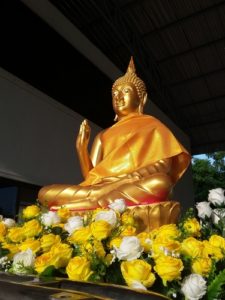 What is your best memory or tradition associated with Halloween? Mine is wandering around our little rural Connecticut hamlet as a small child dressed up in giant butterfly wings that my mother had made for me, collecting pennies for UNICEF. Will you be handling out goodies to little goblins tonight?

15 thoughts on “Happy Halloween from TKZ!”