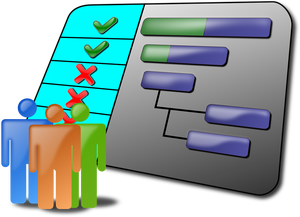 Kindle Scout has been called American Idol for authors or a Slush Pile Popularity Contest. Amazon defines it as “reader-powered publishing.” Scout has now been around for a couple of years, with nearly 250 books published so far, making it a good time to review its performance.

Authors submit a 50,000+ word book to Scout, with cover copy, logline, bio, etc. Submissions can be made year round, but only one book at a time per author. Amazon posts an excerpt online for 30 days for readers to peruse and, if they like it, they nominate it for publication. During that time, authors drum up votes through social media, email, and personal contacts, urging their book toward the coveted “Hot and Trending” classification.

When Scout accepts a book, the author receives a $1500 advance, 50% eBook royalties, and a 5-year renewable contract with Kindle Press. While the quantity of nominations carries weight, the number of votes is not the only determining factor. Scout’s editorial board makes the final decision to publish or not and they ain’t talkin’ about why they choose one book over another.

Since I’m researching which route to go for my suspense novel Instrument of the Devil, I ran a quick and dirty comparison between Scout and KDP. This by no means covers all differences between the programs. Of course, authors should carefully read both contracts before making a decision.

An interesting aside: when I printed out the contracts, Scout’s came in at four pages, while KDP’s was 21 pages (albeit in a slightly larger font).

*If your book doesn’t earn out $25,000 during the 5 year period, you may request reversion of your rights.

The time from submission to acceptance/rejection is about 45 days under Scout, lightning speed compared to traditional publishing, but slower than KDP where your book can be available for sale as fast as you can upload. The book launch time varies, but according to several sources, runs about four months. Scout is experiencing growing pains, a victim of its own success. A number of authors mentioned understaffing and slow response times to questions. Still, in comparison with trad pubbing, it’s a relatively quick process. If you require faster publication, go KDP.

When I looked into winning Scout entries, I found surprisingly few first-time authors. Many winners already had multiple books in print, both self-published and traditional. The added promotion by Amazon for a Scout winner should result in significant bumps in sales of backlists.

What Authors Think of Scout:

I reached out to several winning authors who graciously shared their experiences. 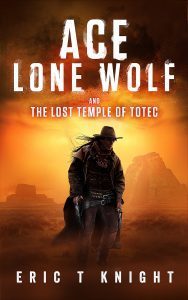 Eric T. Knight, author of Ace Lone Wolf and the Lost Temple of Totec, already has multiple books published through KDP and chose Scout “more or less on a whim.” Overall, he grades the experience a B or B+. “The contact person I’ve worked with has been helpful and friendly. It didn’t feel like I was dealing with a machine. I also thought the feedback from the editor was good.”

On the downside, Eric misses the control he has with his other books in KDP. “I wish I could choose when to run promos instead of waiting for them. I’m used to tweaking my blurb pretty regularly and with Scout you have to go through them. You don’t have access to sales figures as they happen, the way you do with KDP.” 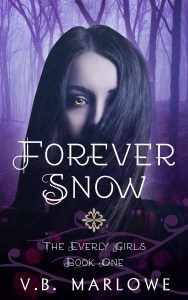 V.B. Marlowe, author of Forever Snow, has self-published an impressive 30 books in the past four years. “Marketing isn’t my strong point. I figured having a book published by Kindle Press would give me the privilege of having Amazon’s super marketing powers behind my book.”

She is pleased with the responsiveness of Scout’s staff, but “I only wish I had been given a heads up about when my book would be available. It was kind of a guessing game. Books selected after me were being set up for preorder while my book was still in production status, so I was a little worried. They do send you a letter once your book is already on preorder, but not before.”

With the launch date of April 25, V.B. doesn’t yet have firsthand experience with Scout’s marketing, but other  authors she’s communicated with say Kindle Press runs special promotions 90 days after publication. “I do know that KP regularly submits our books to Bookbub. Just this month they had a special anniversary sale and promoted all KP books.”

She adds, “I think the best way to increase sales is to publish regularly so I already have Book Two of this series ready to go.”

Max Eastern is a New York attorney and The Gods Who Walk Among Us is his first published novel. His impression: “What few problems there have been were very minor, 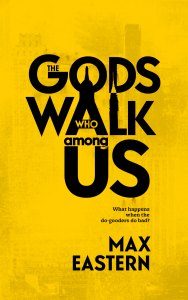 and I’m actually quite happy with the Kindle Scout program as an alternative to traditional publishing.” He adds, “It’s fun voting for a book. Human nature being what it is, readers are more apt to like your work if they see that someone else has already liked it before them.”

Currently Kindle Press only offers eBooks and audio. Max would like to see coordination between them and CreateSpace to make print versions available. Amazon, are you listening?

Kindle subcontracts editing to Kirkus and, according to Max, “it was strictly a one way street,” unlike the give and take in the trad pub editing process. “I was given a document…with his editorial suggestions, and allowed to accept or reject them. I had no means of communicating with him.”

Max raised an interesting question: if your first book is published through Kindle Press, what about future books? “Your readers are going to assume that, once published the first time, you will be published a second time automatically, and they might think there has been some failure on your part if they have to go through the process of voting for you again on Kindle Scout.”

The marketing advantage of a Scout win to authors with backlists is obvious. But how does that work for a first book with more books to follow? Has anyone in the TKZ blogosphere had experience with subsequent releases after a Scout win? Please chime in and let us know how you handle it.

What if You Don’t Win?

Even if you don’t secure a contract, there’s a nice consolation prize.

If your book isn’t chosen, you can still take the KDP route. Amazon still sends the thank-you note to everyone who nominated it, giving you the opportunity to sell your book to readers who already liked your excerpt—an instant leg up in readership.

Scout is another of Amazon’s many fresh, imaginative innovations. Yes, there are growing pains, but from my research, most participating authors range from satisfied to delighted with the program.

As both Eric Knight and V.B. Marlowe say, “It’s worth a shot.”