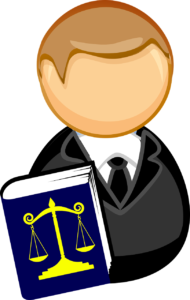 I’ve never been a big fan of the writing admonition to Kill your darlings. It’s been a virtual axiom among writers for decades. Yet it seems to me about as useful as Destroy your delight and as cold-hearted as Drown your puppies.

I mean, if something is your darling, should your first instinct be to end its life? Sounds positively psychopathic.

Isn’t a darling at least owed a fair trial?

The phrase itself has its origin in a lecture on style delivered by the English writer Sir Arthur Quiller-Couch back in 1914. He said:

To begin with, let me plead that you have been told of one or two things which Style is not; which have little or nothing to do with Style, though sometimes vulgarly mistaken for it. Style, for example, is not—can never be—extraneous Ornament … [I]f you here require a practical rule of me, I will present you with this: ‘Whenever you feel an impulse to perpetrate a piece of exceptionally fine writing, obey it—whole-heartedly—and delete it before sending your manuscript to press. Murder your darlings.’

At least Sir Arthur was honest enough to call it murder! But murder requires malice aforethought, and that is a terrible way to think about a darling.

Darlingicide should be outlawed, not encouraged!

Stephen King strikes the right balance. In his book On Writing King says the whole idea behind “kill your darlings” is to make sure your style is “reasonably reader-friendly.”

Which means sometimes a darling stays, sometimes it goes, and sometimes you give it a skillful edit.

It’s mostly a matter of ear, what it sounds like. It’s that thing called voice, which is (as I’ve defined it) a synergy of author, character, and craft. You can develop an instinct for the right sound. The more you practice, the better you get.

Begin by being aware of three areas where darlings tend to present themselves:

I love writing that creates striking word pictures. That’s why I dig Raymond Chandler over most of his contemporaries. I mean, come on, you have to love things like this:

I lit a cigarette. It tasted like a plumber’s handkerchief. (Farewell, My Lovely)

It was a blonde. A blonde to make a bishop kick a hole in a stained glass window. (Farewell, My Lovely)

Obviously, finding just the right touch for this is crucial. I use metaphors and similes in my Mike Romeo series, because it’s true to his character. But my wife (and first editor) is usually right when she says, “This is too much” or “I have no idea what this is supposed to mean.”

Then I don’t kill the darling. But I do show her the door. Much more civilized.

There’s a fine line between memorable dialogue and dialogue that seems to be straining too hard to be memorable.

In Revision and Self-Editing I suggest “one gem per act” as a rule of thumb. A line that really shines. One that you work and re-work.

In my workshops I’ll use an example from the movie The Godfather. It’s in the scene where Michael comes to Las Vegas to tell Moe Green that the Corleone family is taking over. Moe Green is furious. He shouts, “Do you know who I am? I’m Moe Green! I made my bones when you were in high school!”

Actually, no, he doesn’t say that. That wouldn’t be all that memorable. Here’s the actual line: “Do you know who I am? I’m Moe Green! I made my bones when you were going out with cheerleaders!”

Perhaps this line went through a few iterations. Anything more added to it would have killed the effect. It would have been too darling.

Some time ago I read a scene from a manuscript by a young writer. It involved two women who are natural adversaries. The dialogue was pretty good between these two, but unfortunately it was slowed down considerably by line after line of emotional beats. Here’s an example of what I mean (I’m making this up):

“I don’t know what you mean,” Audrey said.

Sally felt the pull on her heart. Did Audrey really not know? How could she not?

“Do I have to spell it out for you?” Sally said. Her hands trembled as she waited for Audrey to answer.

Frank’s name on Audrey’s lips made Sally stiffen. If only Frank were really there! But she mustn’t let Audrey see any longing in her eyes.

“I think we should leave Frank out of this,” Sally said.

Audrey smirked. Oh, how Sally hated that smirk. Since they were kids, that smirk had always driven Sally crazy.

You get the idea. While writing with emotion is part of the art of the storyteller, choosing how and when is the essence of that art. Instead of allowing us to flow with the inherent conflict in the dialogue, we’re given way too much interior life here. That dilutes the overall effect. This scene ought to look more like this:

“I don’t know what you mean,” Audrey said.

“Do I have to spell it out for you?” Sally said.

“I think we should leave Frank out of this.”

There are times when you do want to emphasize what’s going on inside a character. Times when you want to “go big” for dramatic effect. And you should. I have a suggestion for you: overwrite those emotional moments the first time around. Go for it. Come back the next day and edit it a bit. When you go over your first draft, edit some more. Get feedback from a crit partner or trusted friend on those pages.

Keep what works and trim the rest. You’ll eventually feel the right balance.

It pleases me greatly to write darlings. So I don’t immediately plot their demise. I let them sit, I look at them again, I have my wife render an opinion, and then I decide if they must go. They get a fair trial. And sometimes they are set free!

So how do you treat your darlings?

25 thoughts on “Don’t Kill Your Darlings—Give Them a Fair Trial!”