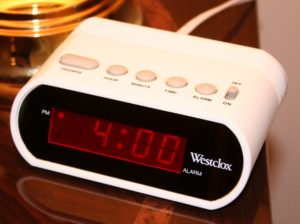 I have a friend who, even as he has achieved septuagenarian status, remains the master of the bon mot. We were talking about the finality of life and about people of our age group — primarily women we had, um, known in the past — who had already gone ahead. The conversation turned to health, and how fragile it gets as that unknown sell-by date approaches. He capped off the conversation by saying, “Gee! I better hurry up and get my homework done!”

Indeed. It seems as if we are stuck in a Lewis Carroll novel, where we must run faster to stay in place. And what happened with that technological helping hand? Technology was supposed to help us get more accomplished; instead it seems to have inadvertently created more tasks, providing us with a longer reach which is ill-suited to work with our increasingly arthritic grasp. This doesn’t just apply to those of us who are old enough to remember when television consisted of three channels, either. My ten year granddaughter was recently assigned to write a one-paragraph essay as a homework assignment. She turned in an extremely sub-standard effort — one at odds with her stratospheric IQ — which ended with the sentence: “I wrote this in the car on the way to school.” She earned a grade of “SEE ME” from the teacher. It developed that our darling had gotten caught up in a roleplaying game the night before, which was more interesting than a writing a paragraph could ever be, and then gave it her all, if you will, on the way to school the following morning. Now, don’t get me wrong, I understand that school is much harder now than it was when I was in school. I also understand why some teenagers look for several affordable essays to buy when they are behind on work because otherwise, school life would be too stressful for them. But for my 10-year-old granddaughter to not be bothered to write one paragraph… That’s just lazy more than anything.

Writers are faced with this time balance on a daily, if not hourly, basis. Life gets in the way of writing. Heck, life gets in the way of life. My way of dealing with this has never been perfect and is constantly evolving. I am accordingly going to share with you my current method for coping with the time crunch, which, as I approach the downhill slope of my life, actually works pretty well.

1) Eat the booger first. That got your attention, didn’t it? The “booger” in this case is the task you want to do least. It can be anything from emptying the dishwasher to drafting that letter that contains bad news for the recipient. Do that first. Do it as soon as you get the bad news that you have been appointed to pass on. Do it when the dishwasher light goes on, or it buzzes, or whatever. I have found in most cases that the freakin’ idea of whatever it is you need to do but don’t want to is often worse than actually doing it.

Here is but one example. I’ve been fighting the clutter monster, which for me consists of paper, paper, paper. I had reached the point where a home shredder wasn’t getting the job done. Lo and behold, I discovered that some UPS Store outlets have contracted with the Iron Mountain folks to shred paper at a reasonable price. Problem solved. Although I do get why some people need one as they are an essential part of their office supplies for obvious reasons. I started with the goal of going through one box a week to determine what I need (a closed file concerning a client that I still represent on other matters) to what I don’t (a receipt for a garage door repair done in…well, not this century). I am now enjoying it so much that I have to put a limit on the number of boxes I go through in a day, because I wasn’t getting other things done.

2) List your Big Four. List four things which you try to do every day, regardless of what else happens. Put them in your calendar (on daily repeat) at the beginning of your day. Assign one word to each task — Watch, Read, Write, and Listen, for example — and do each of those things for fifteen minutes each day. If you want to keep doing them, fine, but the first time that you start each one be sure to stop after fifteen minutes. Come back to each one later, if you wish and if you can, but again, in fifteen minute increments. Do it with tasks that you want or have to do regularly, and love or hate (or somewhere in between) , but do each for fifteen minutes at a time. You will be surprised at how long and how short a quarter-hour is, and how much you can get done in that time period. This is particularly true of writing. Depending on your typing speed, inspiration, and perspiration, you can get a couple of hundred words out of you and on the screen in fifteen minutes. What? You say that doesn’t sound like much? Count out two hundred Skittles and throw them around the living room. Now pick them up. See. Two hundred is a lot. Do that for ten days and you have two thousand words or more, where before you had nothing. And so it goes.

3) Schedule things realistically, and adjust your expectations accordingly. It isn’t going to take you fifteen minutes to prepare your income tax return, so don’t schedule that from 10:00 to 10:15 on the night of April 14. You’ll just be making an appointment to be kissed by the goddess of disappointment. Go ahead and block off fifteen minutes for it, across twenty different days, or block off an entire day, if you can do it. You have a pretty good idea how long it takes you, however, from past experience, which is usually a pretty good indicator of present performance. But be realistic in your estimates of how long it takes you and how long you can work on it at a stretch. Think of YOUR abilities and limitations. Mickey Spillane wrote I the Jury in nineteen days, and Georges Simenon could write a book in less time than that, but you or I aren’t going to do that (probably). Don’t get discouraged when it takes longer than you thought it would, and plan accordingly.

4) Stay the fu-heck off of the phone. And if you can’t, learn how to cut calls short. I am running over my scheduled time for writing this blog because my brother called me and I took the call, which he made to tell me a hysterically funny joke. One thing led to another and all of a sudden I found myself behind the eightball. Some calls you have to take, particularly if you have children who need you for whatever reason. I’m currently helping a guy who is struggling with the first steps of sobriety. He calls. I’m there. Period. End of story, and to heck with the schedule. When dealing with most other folks, however, I tell them upfront that I am busy and can either 1) give them five minutes before I have to leave or 2) call them back the next day. Make it stick. Be polite, and most people understand.

The great part of all of this is that it doesn’t take two hours out of each day to set up. I’ve worked with systems that used cards, diaries, etc. This doesn’t. You can make it up and set it up fairly quickly. In the case of my granddaughter, she could have eaten the booger first by writing the essay as soon as she got home, then played her computer game for fifteen minutes, done her other homework, then gone back to the games. She’ll learn, hopefully, though it took me long enough to do so. And I didn’t think this up by myself. I got the fifteen minute thing from a woman who calls herself “The Flylady” and the suggestion to “eat the booger first” from a friend in Louisiana. So use what you like and what works for you. Which brings us to the end of me and the beginning of you: what methods have you used and acquired to stay productive?

14 thoughts on “Getting Your Homework Done”