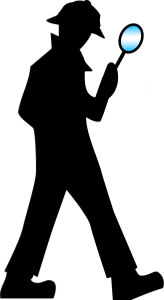 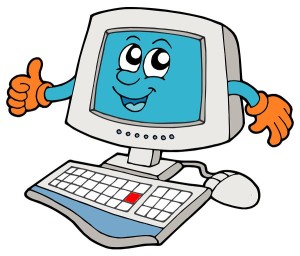 It has been stated  repeatedly that information is the new currency. Mystery and thriller authors and readers have known that for decades. What is a clue, if not a piece of information? What is new is the ability of anyone — and I mean anyone — with internet access and a bit of deductive reasoning to discover quite a bit about someone else, without paying a private investigator to do so or getting down and dirty themselves and going through someone’s garbage the night before the scheduled pickup. I’m not talking about one of those pricey subscription services, either. I’m talking about what you can get from the comfort of your home with a smartphone or a tablet. Those of us of a certain age are familiar with the gumshoe — Mike Hammer comes to mind —who had a contact at the courthouse, or the phone company, who is an inside source of inside knowledge. These days it just takes a few keystrokes.

If you are writing contemporary detective fiction your protagonist can use these sources quite easily. So can you, for that matter, for your own benevolent reasons. The following are the most widely and readily available:

Google Search: This may seem obvious, but it’s just a starting point. It doesn’t contain everything, by any means, and may also give you too much information. If I can’t find precisely what I am looking within the first two or three pages of search results I look elsewhere, such as

Facebook: It may seem trite but Facebook can be a wealth of information. I have seen couples who I know play out their domestic problems in Facebook posts. Ouch. On another occasion, I was considering an extended period service contract with a gentleman — payment up front — until I read some of his wife’s posts, in which she repeatedly described the financial problems her husband’s business was experiencing. It did not instill confidence, nor did her demonstration of her inability to operate the governor between her thoughts and her fingers. I went elsewhere.

While we are talking about Facebook: it’s a criminal’s dream (so is Twitter), particularly with respect to those folks who can’t travel more than five miles from home, eat anywhere besides McDonald’s, or use the commode without telling the Universe where they are, like, RIGHT NOW, and what they are doing. Some unsolicited advice: wait until you get home to spread the news about how interesting you are. Otherwise, you are advertising that your home is empty and waiting to be burglarized while you are busily telling the world that you are engaging in conspicuous consumption.  Ask your local police department (or better yet, your insurance agent) if you think that I am kidding. Much of what is available online is put there by government agencies, and you can’t opt out. It’s there. Keep in mind that what you voluntarily put on Facebook can be viewed by anyone, be it your spouse or significant other (or both!), and a prospective or current employer, customer, or client.

County auditor/assessor office websites: this would be the office that collects your real property tax. While I have come across a couple who charge a fee for access — particularly in California — the overwhelming majority of the ones that I have accessed are free. It is a great way to get an up-to-date address for someone. If someone owns several pieces of property in a county, check to see where the tax bill is sent. That is almost certainly where they actually live.

City, county, and probate clerk of courts websites: Do a name search on these sites to see if your person of interest is sued or being sued, has had criminal charges brought against them, has a lead foot when driving, has a history of divorce, has taken out a marriage license, or has warrants or civil judgements outstanding against them. You don’t need to be an attorney to search most of these sites, and most are free. Some jurisdictions do charge a fee and/or limit access to attorneys — again, California — and some don’t have online access at all but that number is dwindling.

Cell phone records: Not everyone is aware of it, but you can access your own cell phone records — or the records of family members who are on your family plan — online once you setup your account. This ability is not without benefits. Several years ago my younger son had his cell phone stolen by a customer from the restaurant where he was working (long story). He called and told me fifteen minutes after it happened. I logged on and discovered that the perp was already calling people. I started calling the same numbers, telling them to call their friend back and tell him that he had thirty minutes to return the phone or I would hunt him down like a dog (yes, I could have called the thief directly but doing it this way seemed more sinister). The phone was returned within a few minutes. Now, of course, one had an app for such things but not everyone loads it or knows how to do so.

As for what is NOT out there: I have yet to find a good online directory for cell phone numbers in general or reverse directories. I recently attempted to find a friend that I had been out of touch with for over forty years. He didn’t have much of an internet presence so I wound up checking the real property tax records in the county where he had lived when I knew him. He was still there. I tried to get phone numbers for him online and got four — four — all of which were outdated or no longer valid. I wound up mailing him a letter and heard back from him. Sometimes, I combination of old and new works best, as Loren Estleman demonstrates on an annual basis in his immortal Amos Walker series.

Does anyone else have other websites they know of, that detectives, fictional or otherwise, can use? And, better yet, does anyone have interesting stories resulting from their use of such websites?

21 thoughts on “You Wouldn’t Believe What’s Out There…”