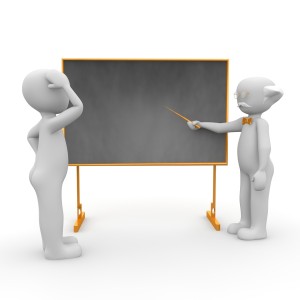 Writers and other artists are a touchy lot. We love our independence. We should all go around humming that song from Woody Allen’s Bananas, the one the guerilla leader sings:

Rebels are we!
Born to be free!
Just like the fish in the sea!

In short, we don’t like to hear the word rules. Don’t fence me in! Give me land, lots of land! Rules? We don’t need no stinking rules!

And yet, and yet … there are some things that are fundamental to storytelling and the fiction craft, so called because, guess what, THEY WORK! They help a writer weave a story that readers can actually relate to and get lost in. Imagine that!

Yeah, but So-and-so breaks the rules and writes bestsellers!

Sure, and how many So-and-sos are there? And maybe, just maybe, So-and-so compensates for the “rule breaking” by doing something absolutely astonishing somewhere else. Maybe So-and-so knows exactly what he’s doing when he breaks a rule.

In fact, I’d say good old So-and-so is actually the exception that proves the rule!

Let me show you what I mean.

I have a rule—or, if your hackles are starting to gather for a protest––a guideline or axiom: Act first, explain later. By this I mean it is much more engaging and compelling to begin your book with an actual scene in progress, with a character in motion, than it is to lard backstory and description and exposition all over the first couple of pages.

Is there an exception to this rule? Yes, one that proves it. The exception is this: a style that can enrapture you with the power of the writing alone. Almost always this is found in so-called literary fiction.

Example: here is the opening of Ken Kesey’s Sometimes a Great Notion. (Note: The ellipses are Kesey’s):

Along the western slopes of the Oregon Coastal Range … come look: the hysterical crashing of tributaries as they merge into the Wakonda Auga River …

The first little washes flashing like thick rushing winds through sheep sorrel and clover, ghost fern and nettle, sheering, cutting … forming branches. Then, through bearberry and salmonberry, blueberry and blackberry, the branches crashing into creeks, into streams. Finally, in the foothills, through tamarack and sugar pine, shittim bark and silver spruce––and the green and blue mosaic of Douglas fir––the actual river falls five hundred feet … and look: opens out upon the fields.

Metallic and first, seen from the highway down through the trees, like an aluminum rainbow, like a slice of alloy moon. Closer, becoming organic, a vast smile of water with broken and rotting pilings jagged along both gums, foam clinging to the lips. Closer still, it flattens into a river, flat as a street, cement-gray with a texture of rain. Flat as a rain-textured street even during flood season because of a channel so deep and a bed so smooth: no shallows to set up buckwater rapids, no rocks to rile the surface … nothing to indicate movement except the swirling clots of yellow foam skimming seaward with the wind, and the thrusting groves of flooded bam, bend taut and trembling by the pull of silent, dark momentum.

A river smooth and seeming calm, hiding the cruel file-edge of its current beneath a smooth and calm-seeming surface.

Kesey reaches out with his wrestler’s arms and lifts you off the mat. It works for me. It may not for others, but that’s the point. Kesey knows exactly what he’s doing here, eschewing act first, explain later. The exception that proves the rule is a dazzling literary style.

What happens when a writer doesn’t dazzle, but ignores the rule anyway? You end up with something like this:

The trip by jeep from the small village near Luena to Malanje in Angola, in southwest Africa, followed by a train ride to Luanda, the capital, had taken seven hours. The drive from Luena was long and arduous due to unexploded land mines in the area, which required extreme diligence and caution to avoid as they drove. After forty years of conflict and civil war, the country was still ravaged and in desperate need of all the help outside sources could provide, which was why Ginny Carter had been there, sent by SOS Human Rights. SOS/ HR was a private foundation based in New York that sent human rights workers around the globe. Her assignments were usually two or three months long in any given location, occasionally longer. She was sent in as part of a support team, to address whatever human rights issues were being violated or in question, typically to assist women and children, or even to address the most pressing physical needs in a trouble spot somewhere, like lack of food, water, medicine, or shelter. She frequently got involved in legal issues, visiting women in prisons, interfacing with attorneys, and trying to get the women fair trials. SOS took good care of their workers and was a responsible organization, but the work was dangerous at times. She had taken an in-depth training course before they sent her into the field initially, and had been taught about everything from digging ditches and purifying water, to extensive first aid, but nothing had prepared her for what she had seen since. She had learned a great deal about man’s cruelty to man and the plight of people in undeveloped countries and emerging nations since she’d started working for SOS/HR.

So help me, that is the first page and a half of a published novel. If it had not been written by an A-lister who could sell her parking tickets, no agent or editor would have let this through. (For the identity of the author and feedback about this passage, go here.)

I will note there are superb writers in familiar genres who sometimes begin with a literary style. Michael Connelly comes to mind (e.g., the opening of The Narrows).

The point, gentle writer, is that no matter what you call them––rules, guidelines, fundamentals, axioms––they survive because they work every single time. That’s what I said. There is never a time when act first, explain later doesn’t work as an opening move.

But if you want to try something different, go for it. I’m all for spreading your writing wings. Just be aware of what you’re doing and why. Because if it doesn’t work out, guess what? You can always go back to the rules!