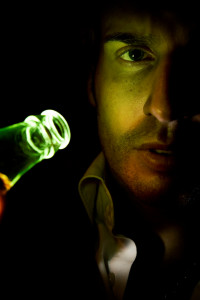 Characterization is the way an author conveys the important (and hopefully memorable traits) of their main character. An author should have a vision for how their character looks, speaks, thinks, and interacts in their world. A writer can directly state what their character is all about by saying, “George is a rigid man, both in posture and judgmental temperament.” Or an author can convey key elements and paint a picture of their character by more subtle means, such as in their actions or manner of speech or even body language.

A first person narrative provides an intimate voice for a character, as if the reader has found a personal diary of private thoughts. A third person (Deep Point of View) can be compelling if the voice of the character gives insight into who they are and allows for a colorful and distinct dialogue and internal monologue.

My mind acted like a hard drive of stored random facts, especially at stress times. Sometimes they hit me hard and I blurted them aloud. That made dating a challenge. I’d always been drawn to intelligent women, but once I let them into my world, crossing that line usually ended any relationship. I simply had no interest in hiding who I was.

In this excerpt, I envisioned FBI profiler Ryker Townsend as socially awkward yet highly effective at his job. He’s a man with secrets, even from his own team. To be good at his job, he removes any filter he has over the way he speaks so he can access key elements stored in his brain. He trusts his instincts and his team to be himself, and in his personal life he is unapologetic for his peculiar mental leaps. His work is everything to him.

In The Last Victim, I portray Ryker’s life at home where he’s still living in boxes after a recent move, yet his work life is well-ordered. He’s charmingly clueless about his affect on women and very serious minded. He’s a case solver and a high achiever because of how his mind works, yet his mental gymnastics become a challenge in a social setting, where he’s out of his element most of the time. His highly focused approach to his work (and his secretive personal life) becomes the very weakness that could get him killed when he chooses to follow a lead alone. The clues force him to cross paths with the ruthless serial killer he’s hunting, a psychopath who knows how to hide in plain sight.

It’s important for an author to have a picture of the character in their mind’s eye. I often create a storyboard of images to reinforce my ideas. Or I imagine how the character will speak (perhaps by picturing an actor I see for the character). I also give the character baggage that will challenge them with conflict. Often their weakness can get them killed or become a major crutch. Above all, a main character needs to seem real and believable to the reader with a full life on paper.

Here are questions an author might ask about their main character(s) in order to flesh them out:

1.) Who are their friends?
2.) How do they dress? What do they look like?
3.) How do they live at home? Is their work life different?
4.) Do they have hobbies or interests outside of work? What do they care about? Their passions?
5.) How do they interact with others? How do others react to them?
6.) What makes them angry?
7.) What would they die for?
8.) What are their weaknesses?
9.) What do they fear?
10.) Which adjectives would the author use to describe the character’s personality?
11.) What does the character think inside their head? What do they share?
12.) How has their past shaped their life? Is there a traumatic incident that changed everything? How is this manifested in their present?

Once an author has a solid image and characterization in their mind, a writer can set up conflicts to give that character a starring role. Can they overcome their weaknesses? Give them a journey throughout the book that will exploit their deepest insecurities or force them to deal with their worst fears. A compelling characterization is like the foundation to a building. The more solid and well-thought out it is from the start, the stronger the story will be when you build onto it.

For discussion: Please share any tips you have to creating your characters. Do you storyboard images? What resources have helped you? 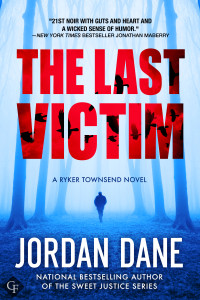 The Last Victim now available in print and ebook. Sales links HERE: “When FBI profiler Ryker Townsend sleeps, the hunt begins.” Townsend has a secret he won’t share with anyone–not even his own team–that sets him on the trail of a ruthless psychopath alone.

8 thoughts on “Key Layers to Writing a Solid Characterization”