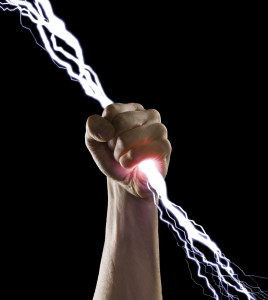 It’s the most mysterious part of the fiction craft, but the one thing agents and editors say is most essential.

It’s something writers talk about––and readers respond to––but no one seems to know how to teach it.

Indeed, there are those who say it can’t be taught, because you either have it or you don’t.

Writers hear about it all the time at conferences. Yet no one can agree even on a definition.

Over the years I’ve jotted down the ways agents and editors describe voice. Here are a few:

You’ll often hear these same people say they turned down a book because the voice was “weak.”

So how the heck do you find your voice when the very definition is so vague? Is it something that can be developed? Is it something you’re just born with? Do you have to find it by trial and error, if you find it at all?

In my new book, VOICE: The Secret Power of Great Writing, I provide the answers. 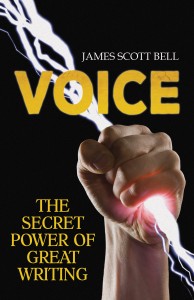 And it starts with a stunning realization: voice does not come from the author.

I’ll let you chew on that a moment.

Now that I have your attention, let me explain. I mean that we should not conceive of voice as coming from the author alone, without any other considerations. The best fictional voice is an interplay between the characters and the author, and then between the author and his craft as he puts the words on the page.

My definition, therefore, is as follows:

CHARACTER background and language filtered through the AUTHOR’S heart, and rendered with craft on the PAGE = VOICE

In the book, I explain how this relationship works, and give you specific techniques to put it into practice. The goal is to make every book you write unique and compelling on its own terms.

I call this the CAP Method. 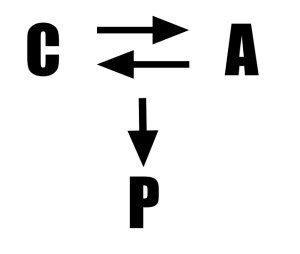 C is for Character. I describe five key questions a writer must answer for every POV character. Then we proceed to the best ways to both see and hear the characters before you write them.

A is for Author, and this is all about achieving symbiosis, that mysterious connection between creator and character. It’s similar to how great actors approach a role. I’ll show you how to do it.

Finally, P is for Page, the craft part of the writing, and here I offer you a writing technique that I’ve never seen taught before, something I developed from my own days as an actor. It’s a way to feel your character’s emotions every time you write a scene.

Which is when the magic happens.

And magic is what you need. Because the main complaint I hear these days from readers is that such-and-such a book was “okay,” but felt like the “same old, same old.”

Tapping into the power of voice will obliterate that objection.

Let me give you an example. Below is a paragraph from a published thriller describing a bit of New York City:

There were sidewalk vendors and bustling clothing stores and lines of people in front of curbside food carts. There was also a lot of scaffolding and cranes from new construction and building renovations. I even saw a Times Square-style double-decker bus go by filled with wide-eyed tourists.

Ugh. There were and There was in two consecutive sentences. Then simple reportage that could have come from a brochure. There is no voice here, no sense of character. Anyone could be describing this scene.

Now look at a master at work:

Some days hang over Manhattan like a huge pair of unseen pincers, slowly squeezing the city until you can hardly breathe. A low growl of thunder echoed up the cavern of Fifth Avenue and I looked up to where the sky started at the seventy-first floor of the Empire State Building. I could smell the rain. It was like the kind that hung above the orderly piles of concrete until it was soaked with dust and debris and when it came down it wasn’t rain at all, but the sweat of the city.

That’s the opening of Mickey Spillane’s The Killing Man, and from the get-go we are inside the character. We see the city through his eyes, feel it through his heart.

An acquisitions editor for a major publisher, Marian Lizzi, once said, “As my first boss used to warn us green editorial assistants two decades ago, the type of submission that’s the toughest to spot – and the most essential to avoid — is the one that is skillful, competent, literate, and ultimately forgettable.”

That’s why voice is so important. It takes you from skillful, competent, literate, and forgettable to the kind of book we all love to find—unputdownable.

Which is why I felt we needed a book on the subject. It can be found at:

So what characters come to mind when you think of a compelling voice? I nominate Holden Caulfield. What about you?

49 thoughts on “The Power of Voice”