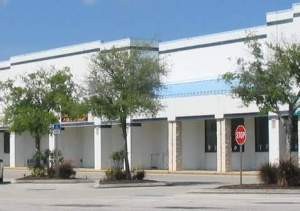 We had some interesting news in the neighborhood this week. There is a strip shopping center of mostly vacant storefronts named “Windsor Bay” about three blocks from our home. When I first moved into this house, twenty-one years ago, the shopping center was at one hundred percent occupancy. Things changed. The supermarket that was there was part of a chain that went bankrupt; ditto the hardware store that was so handy, even when I wasn’t. The owner of a franchised greeting card store retired it, and a tanning salon never really did catch on. What is left is good stuff, to be sure: one of the best Asian restaurants in the area (a wonderful place named Great Asian; call me if you’re in the area and I’ll let you take me to lunch), a pharmacy, a sandwich shop, a pizza-and-brewskis-for-youski’s place, nail salon, and drop in dentist’s office. The overall effect, however, is like a seven year old’s mouth.

The news is that the center has acquired a new owner. It’s a reality company that has decided — correctly — that what worked so well over two decades ago isn’t cutting it now. The new owner is going to tear some things down, build some things up, group the center into three separate anchors, put all new frontage and signage up, and — Oh, The Humanity! — repave the parking lot. I won’t be able to play Rat Patrol anymore when I catch the local urchins attempting to spray-paint the vacant buildings and chase them across the lot while we play bumper tag, but what a small price to pay. A new tenant has already signed up and another — an Italian restaurant that we like, which is located elsewhere — is in negotiations to move in there, too.

All of this news arrived as I was having an inspirational dry spell. And it inspired me. I have a computer full (and some notebooks, too) of Windsor Bays in my office. They are stories and novels and fragments, oh, my, some of them several chapters long, some only a few paragraphs, and some with, as they say in the real estate business, good bones with a prime location. I started taking a couple of them out and looking them over and saw possibilities, just like that reality company did with the mostly vacant shopping center. I’ve been chipping here and moving this and tearing that down. Some change in time, distance, and perspective gave me some new ideas, built upon the shoulders of old ones. A bunch of old ones.

The lesson here, at least for me: take a look at writing that didn’t work, at least a few years ago, and see if there is something to be salvaged. If you have the writing bug, I am willing to bet the farm (or lunch) that there is something there that you can use, whether it is an idea, a sentence, a paragraph, or a chapter. Give it a shot, if you’re stuck for inspiration. I hope it works. And, if you would be so kind, please tell us if you do anything similar or otherwise on a regular basis to get your creative juices flowing again.