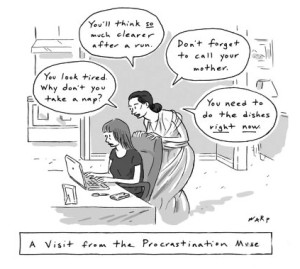 O Muses, O high genius, aid me now!
O memory that engraved the things I saw,
Here shall your worth be manifest to all!
— Dante, The Divine Comedy

If you are like me, you take your inspiration wherever — and whenever — you can get it. Writing is not easy. (Warning: tortured metaphor ahead).

Writing is like sailing a Hobie Cat in the ocean in the middle of a squall. I know because I used to sail Hobies during my first marriage, which is probably why it didn’t last. The marriage, not the Hobie. The day is always sunny when you launch your Hobie from the beach and you’re all aglow with hardy-har-har-endorphins. So it is when you sit down and type CHAPTER ONE.

Then the storm hits and there you are, hanging onto a 16-foot piece of fiberglas and vinyl, hoping lightening doesn’t hit the mast and fry your ass. You are out there alone in the storm, out of sight of land, riding the waves and the troughs, hoping you can make it home. You might even throw up. This is usually around CHAPTER TWENTY for me.

I often wonder what keeps writers writing. Tyranny of the contract deadline? Blind faith? The idea that if you don’t you might have to do real physical labor for a living, like paint houses? All of those work for me. But sometimes, the only thing that keeps me going is a visit from my muse.

Now, let’s get one thing clear here. I don’t believe in WAITING for a muse to show up. I get really impatient with writers who claim they can’t write until they feel inspired because frankly, 90 percent of this gig is writing DESPITE the fact your brain is as dry as Waffle House toast. (or as soggy, depending on which Waffle House you frequent. The last one I was in was off the Valdosta Ga. I-95 exit in 1976 and the toast was so dry it stands today as my singular metaphor for stagnant creativity).

But I do believe that sometimes — usually when your brain is preoccupied with other stuff — something creeps into the cortex and quietly hands you a gift. And these little gifts are what get you through.

There are nine muses in mythology, who were supposed to be the origin of all artistic inspiration. They were Calliope, Clio, Erato, Euterpe, Melpomene, Polymnia, Terpsichore, Urania and Thalia. (I always thought it was cool that Dobie Gillis’s unobtainable ideal woman was named Thalia — the muse of comedy). The muses ruled over such things as dance, music, history, even astronomy. No muses for crime writers, unless you count Calliope for epic poetry but I think James Lee Burke has her on permanent retainer.

I don’t have just one muse. I’ve figured out I have a couple who specialize in particular parts of my writing. And they never come around when I am at the computer. Never get a whiff of them when I am actually in writing mode itself. They are like cats. They only come around on their own terms.

First, there’s my dialogue muse. I call him J.J. because he sounds like Burt Lancaster’s gossip columnist J.J. Hunsecker in “The Sweet Smell of Success.” Always chewing at my ear saying oily things like, “I’d hate to take a bite out of you, you’re a cookie full of arsenic.” J.J. comes to visit me only when I am jogging. Never on the threadmill, mind you, only outdoors. J.J. makes my skin crawl, but man, can this guy write dialogue. 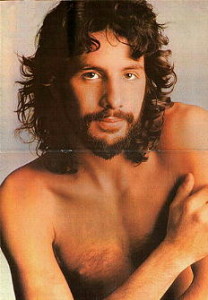 Then there’s my narrative muse. I call him Cat Man because he slips in on silent paws, sings in a fey whisper and only visits me just as morning has broken. He looks like Cat Stevens, but the old hot young version not the later one. Cat Man comes around about dawn, just as I am waking up as if from death itself. See, my husband’s insomnia means we sleep with blackout drapes, a white-noise machine and the A/C turned so cold the bedroom is like a crypt. So when I wake up, it is with a gauzy gray aureole rimming the drapes, icy air swirling around my nose and a soft swoooshing in my ears. And there is Cat Man, spinning a long segment of sensual exposition that salvages my stagnant plot. I have learned to lay there, very still, until he is done with his song, because if I get up and try to write it down, he vanishes. Praise for the singing, praise for the morning, praise of the springing, fresh from the word. 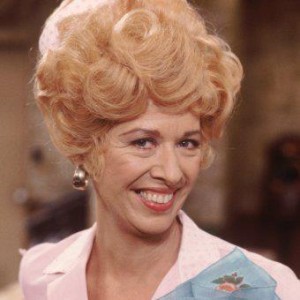 And then there is my third muse. She’s my favorite. Her name is Flo because her voice sounds like that waitress who worked in Mel’s Diner on the old “Alice” sitcom. You know, like the door of a rusted Gremlin. Flo is my muse of getting real. Her Greek name is Nike (the goddess of victory) and her slogan is “Just Do It.” Because whenever those other two guys fail me, whenever they don’t show up, Flo is there. She is the muse who knows that the only way I am going to get the book finished is through plain old hard work. Like Nike, Flo has wings. They symbolize the fleeting nature of victory. Or, as Flo often tell me, “Honey, if you don’t get off your ass and just write the damn thing, you’re going to lose your contract and you’ll have to paint houses for a living.”