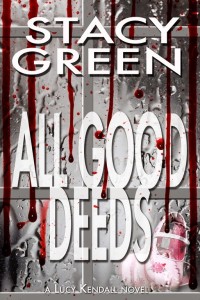 Swiss psychologist Carl Yung believed our conscious minds possessed four major archetypes: the self, the shadow, the anima, and the persona. Naturally, as a thriller author, the shadow interests me the most.


The shadow holds our repressed ideas and desires, our weaknesses and the darker side of our psyche. Some people it is this shadow side that comes into play when seemingly good people go bad.


But what about the sociopath? I’m not talking about the serial killers we’ve all studied (I refer to those as psychopaths), but those individuals who walk among us every day with their own agenda, no remorse, and a frightening ability to manipulate everyone they come in contact with. Are these people simply more controlled by their shadow side? More importantly, what’s my shadow side like?


In creating my character, Lucy Kendall, I studied sociopaths. Lucy doesn’t believe she’s a bad person and she doesn’t even consider herself a killer. After all, her targets are repeat pedophiles who keep being turned out by the justice system. She’s in the right, and she’s doing society a favor.


Of course, anyone who believes that has to have some kind of sociopathic traits, right? In research for and creating Lucy, I started thinking about my own shadow side and exactly how close I was to the dark side of life.


According to the ICD 10, the following are considered sociopathic traits. Presence of three or more qualifies for a diagnosis of antisocial personality disorder, aka as sociopathy.


1. Callous unconcern for the feelings of others.

2. Gross and persistent attitude of irresponsibility and disregard for social norms, and obligations.

3. Incapacity to maintain enduring relationships, though having no difficulty in establishing them.

4. Very low tolerance to frustration, a low threshold for discharge of aggression, including violence.

5. Incapacity to experience guilt or to profit from experience, particularly punishment.

6. Markedly prone to blame others or to offer plausible rationalization for the behavior that has brought the person into conflict with society.

The DSM IV is another diagnostic tool and defines sociopathic traits as:

1. Failure to conform to social norms with respect to lawful behaviors as indicated by repeatedly performing acts that are grounds for arrest

2. Deception, as indicated by repeatedly lying, use of aliases, or conning others for personal profit or pleasure

3. Impulsiveness or failure to plan ahead

4. Irritability and aggressiveness, as indicated by repeated physical fights or assaults

5. Reckless disregard for safety of self or others

7. Lack of remorse as indicated by being indifferent to or rationalizing having hurt, mistreated, or stolen from another

A) The individual is at least age 18 years.

B) There is evidence of conduct disorder with onset before age 15 years.

C) The occurrence of antisocial behavior is not exclusively during the course of schizophrenia or a manic episode. SOURCE

So here’s the thing: I don’t fit that list, thankfully. But I’ve certainly had my moments when I realize I’m incredibly callous and most people would consider me a terrible person if they knew what I was really thinking.


Example: my daughter is a competitive swimmer, and she is able to practice in a very new and nice facility our tax dollars paid for. And every practice, when I see swim lesson kids taking up lanes in the pool, I get angry. I see these kids as space fillers who crowd the pool for team kids who need room to move. And I have little compassion for the parents who equally crowd the window space and get excited when little Johnny splashes a few feet and doesn’t drown. It outright annoys me. And even worse, I’m sure most people within my vicinity know I’m irritated because I certainly don’t look friendly.


What a jerk, right? How could I be so unfeeling toward these people who are excited for their kids and have just as much of a right to be there as I do? Thankfully it’s a feeling that subsides as the hour goes on.


Perhaps that’s my shadow side seeping through. The side that’s easily irritated with people and doesn’t have the patience to keep its mouth shut at certain times. The side that has no problem glaring daggers at a strange kid misbehaving in public. The side my husband affectionately refers to as Pissy Stacy. I don’t have the answer, but I bet if you take a moment to look deep inside, you can find something of yourself on this list.


Perhaps we should be afraid of our own shadows after all.


For discussion: Have you ever battled your darker shadow side? 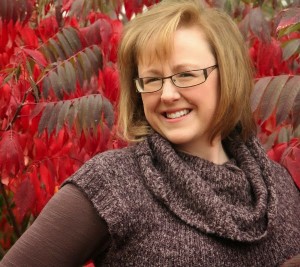 About the author
Born in Indiana and raised in Iowa, Stacy Green earned degrees in journalism and sociology from Drake University. After a successful advertising career, Stacy became a proud stay-at-home mom to her miracle child. Now a full-time author, Stacy juggles her time between her demanding characters and supportive family. She loves reading, cooking, and the occasional gardening excursion. Stacy lives in Marion, Iowa with her husband Rob, their daughter Grace, and the family’s three obnoxious but lovable canine children.