Skip to primary content
James Scott Bell
@jamesscottbell
“I wasn’t trying to predict the future. I was trying to prevent it.” – Ray Bradbury on Fahrenheit 451 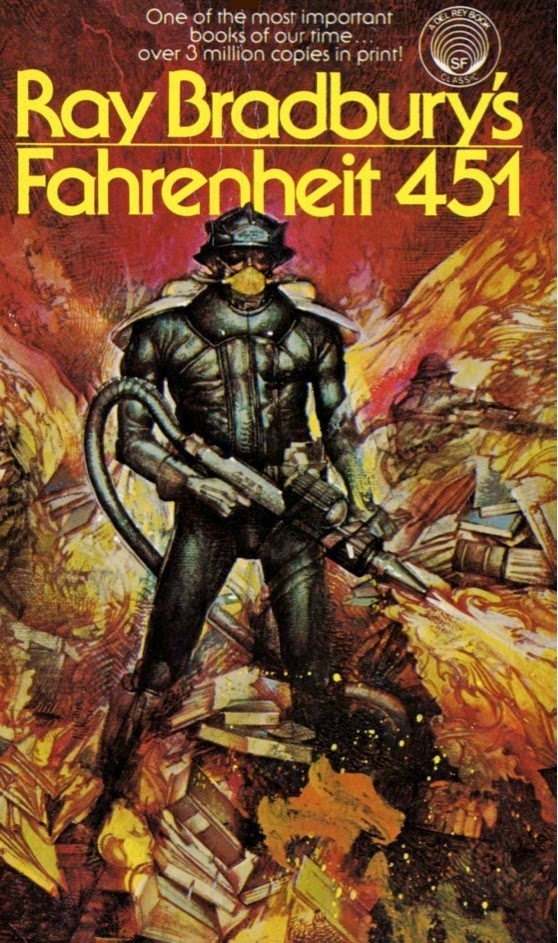 The other day I saw a horrible thing.
It wasn’t a traffic accident on the 101 Freeway, of which there are many on any given L.A. day.
It was not a wounded soldier or a bar fight or a new reality television show.
Nevertheless, what I saw twisted my stomach and made me groan for the future of our kind.
It was an otherwise lovely afternoon and I was walking along the sidewalks of Hollywood Boulevard. As usual it was awash in activity––people of all shapes, sizes, colors, tempers, faiths and costumes sauntering along the street of dreams.
As I am wont to do I was watching faces.
I love watching faces. Each one is a potential character or storyline.
I was content.
I was engaged.
And then I stopped, recoiling in horror.
Okay, it was only an inward recoil. But there it was, as real as the hardened gum on Dick Powell’s star on the Hollywood Walk of Fame.
A woman was pushing a stroller. In the stroller was a young child, a boy of perhaps two years.
The boy was holding a digital device. His head was down and his fingers tapped the screen like a mad reporter on deadline.
I thought: I have met dystopia and it is us.
In 1953 Ray Bradbury penned an essay for The Nation about science fiction. He began by describing a scene in his novella Fahrenheit 451 where the fireman comes home to find his wife in a virtual stupor, an earpiece attached to her head. She was not reading, for that was forbidden. Aural stimuli were being pumped into her docile brain.
For Ray Bradbury, that kind of passivity was one of the most awful scenarios imaginable.
Bradbury then recounted how he had been out for a stroll recently and saw a couple walking their dog. The woman held a transistor radio with an earpiece (back then, a rather ponderous and rare piece of equipment) plugged into her auditory canal.
The husband, Bradbury noted, might as well not have been there.
Bradbury expressed his astonishment that his prediction of a rather gloomy future was happening much faster than he supposed.
And this was the early 50s! What would the late, great RB think of any given restaurant today? Couples, trios, whole families sitting at the same table, heads bent over phones or tablets, hardly exchanging a word?
And now this, here on Hollywood Boulevard. Is this our future? Will it be made up of little boys and girls who had iPads in their strollers, now all grown up into humorless, unimaginative technocrats unable to engage the real world?
I remember feeling some of this same revulsion when I first saw a DVD player in a motorized vehicle. It was a desert night and I was driving back to L.A. after some event. I pulled up alongside a dark SUV and saw a small monitor playing a cartoon for the denizens of the back seat.
This was a night when the stars could be gazed upon in wonder and the mysteries of desert shadows might stir the imagination.
But not for the children in the car! For them the desert was a bright and colorful Looney Tune with a funny roadrunner and a rather frustrated coyote.
I’m fearful. I fear that digitized babies are not engaging their world or training their imaginations. I fear they will grow up unable to engage a long-form piece of writing, let alone real people in actual, meaningful conversation.
Am I overreacting?
Let me throw it out there to you, Zoners. Am I engaged in the sort of fogey-ism that is a part of every generation?
Or, like Ray Bradbury, should we be truly alarmed?

37 thoughts on “A Horrible Thing I Saw The Other Day”