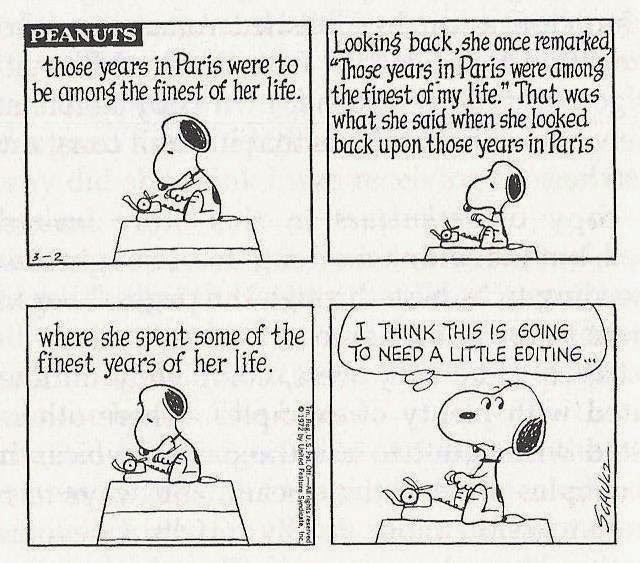 Editors have been weighing heavily on my brain of late. Mostly because right now I don’t have one. And don’t it always seem as though you don’t know what you’ve got til it’s gone?

Kelly and I are between contracts and are working on a stand alone that is sort of different for us. So we don’t know if it will ever find a home in the traditional publishing arena. This is fine with us. It’s exciting (and scary) to work without a net. We haven’t done this in more than a decade, so I remember now what many of you are going through – that feeling of walking alone in a dark forest, not knowing for sure if you are on the right path.

But I also read a couple of things this week that got my brain churning about the value of good editors.

I read a comment on a writing blog from a self-published author who wrote: “When I finished the novel, I put it into the hands of a few big-time publishing houses. They all told me the same thing. ‘We like the writing, but in order for us to sell it, you have to rewrite this and rewrite that, then send it back to us.’ I wasn’t about to start rewriting my book so that maybe some traditional publisher would take it.”

And, I just got an email from an unpublished writer whose manuscript I critiqued for charity a while back. This writer had a good idea, an engaging character, even a nice voice. But all that was obscured by the usual craft problems (wavering POV, throat-clearing opening, unclear physical action, too many characters introduced too quickly, adverbitis…) But this writer stuck to it, rewrote and rewrote, got an agent who made her rewrite some more. She just sold that mystery as part of a three-book deal and was writing to tell me the good news.

Which of these two has the right attitude? (Put aside the question of whether you should go traditional vs self-publishing for a moment). This is not a trick question. It if were, why don’t more writers get it?

You need an editor.

I need an editor.

Every writer needs an editor.

Now before I go any further, let’s get our terms straight. I don’t mean a copy editor (the comma and lay/lie arbiter). I am talking about the first reader of your book after you turn it in, the person who can tell you if you’ve tangled your plot in digressions, misunderstood your hero’s motivation, or picked the wrong bad guy. The Big Picture Guy or Girl who understands what you are going for in your book and helps you get there.

Let me get back to my own experience for a moment. Because we collaborate, Kelly and I edit each other’s writing. But we know that isn’t enough, as Joe Moore here can attest. We know we need the entity we have come to call The Cold Third Eye.

Why? Because we, like all writers, we live our story with every breath we take, intimately for months on end. Every day, it is playing on those screens in our heads, and we can see everything so clearly. But as with any writer, there is often a disconnect between that screen and our fingers as they hit the computer keys. Something misfires, something is lost in translation.

That is where the Cold Eye comes in. This is the person who tells you where you have gone astray. The Cold Eye (aka the editor) usually communicates in the form of the dreaded Revisions Letter, a document that can run as long as a legal brief and be just as scary. Even more scary these days with the advent of Word Review Mode. Now, getting this feedback is tough and sometimes writers get a tad defensive about it. Here are the kind of comments you might see in a revision letter — and how some writers might react:

Editor: Think about making this a prologue.
Author: What? Prologues are strictly bush-league! It’s the crutch of every bad writer! I won’t do it! You can’t make me!

Editor: I think X is a wonderful complex character but her relationship with Y is underwritten.
Author: But X doesn’t really love Y, so it’s supposed to be without passion!  I’m not writing romantic suspense here! Geez…

Editor: Is all this stuff between Y and Z necessary? Cut as much as possible.
Author: But I need this scene because it illuminates Y’s motivation while introducing two quirky secondary characters who help convey the small-town setting!

Editor: Unclear whether X or Y is asking this. And they just don’t seem to be as concerned about the evidence tampering as the reader will be. This whole plot element doesn’t land properly.
Author: Doesn’t this guy watch Cops? Police do this kind of stuff all the time! It’s completely believable!

Editor: Timeline problem: Is this the same day or a week later?
Author: This is a simple linear plot! A ten-year-old could follow this, for god’s sake.

Editor: “X pursed her lips.” You use pursed lips too many times.
Writer: (sigh…)

Editor: Think about making this an epilogue
Writer (Gigantic sigh…) 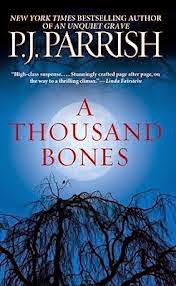 Okay, for the record, these are actual comments from one of our editors for our book A Thousand Bones. His revision letter was seven pages, single-spaced. And you know what? Once we got over ourselves and went back into the manuscript to see what he was talking about, we realized he was spot-on about everything.

Chapter 1 works better as a prologue, making us rethink the advice we have given to other writers over the years that prologues don’t work. Sometimes they do. In other words, there are no fast rules.

The romantic relationship we had set up in our book WAS underwritten. Our experience writing hard-boiled stuff had made us squeamish about mucking about in such emotions, so we had tried to ignore it. Result? Anemic character development that didn’t set up the impact we were going for at book’s end.

The scene he asked us to cut with our beloved quirky secondary characters was nicely written but useless. We had fallen in love with the sound of our own words and disobeyed one of our own prime tenets of crime writing: If it does not advance the story in some way, take it out.

The part about the evidence tampering? Technically, we were right in that the scene we had written was true to life. We knew this; we had done our homework. But sometimes the truth isn’t true in fiction. If your reader can’t buy into the reality you are creating on the page, you have to bend reality enough to make it feel right and help your plot. Or as Stanley Kubrick once said: “It may be realistic, but it’s not interesting.” 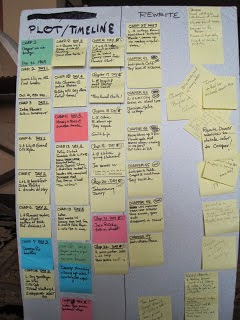 The timeline problem our editor noted? Here is the perfect example of author blindness. Kelly and I saw our story perfectly in our heads. We had even story-boarded it and charted the timeline on a graph. But the way we had written it was confusing, and we couldn’t see it. You have to slow down and stick in enough time and place signposts so your reader doesn’t get lost. Lost = confused. Confused = angry. Angry = book thrown across the room.

Pursing lips? Well, that’s our Author Tic. Every writer has one or two. You just don’t see ’em. The Cold Eye does.

And yes, we changed the last chapter to an Epilogue.

So, what’s the lesson here? Find your Cold Eye. Unfortunately, it may not be easy. Being published by a “real” publisher is no guarantee you’ll get a talented editor. And in today’s Wild West self-publishing world, there are some scammers out there ready to take your money for no real help. Our own Jodie Renner had a great post on this recently. Click here to read it. And some editors, truth be, are just bad and meddling. Raymond Chandler once wrote to his publisher:

“Would you convey my compliments to the purist who reads your proofs and tell him or her that I write in a sort of broken-down patois which is something like the way a Swiss waiter talks, and that when I split an infinitive, God damn it, I split it so it will stay split, and when I interrupt the velvety smoothness of my more or less literate syntax with a few sudden words of bar-room vernacular, that is done with the eyes wide open and the mind relaxed but attentive.”

But that rare good editor? That person won’t kill your style. But neither will he tell you you’re brilliant (that’s mom’s job) or that your stuff is a million times better than James Patterson’s (that’s your hopeful spouse). A good editor — your Cold Eye — will tell you how to be better than you already are.

I leave you with one more quote, this one from James Thurber:

“Editing should be a counseling rather than a collaborating task. The [editor] should say to himself, ‘How can I help this writer to say it better in his own style?’ and avoid ‘How can I show him how I would write it, if it were my piece?'”

P.S. I have no editor for this blog. It is self-published. Any mistakes are mine alone, God help me…

17 thoughts on “Why you need an editer. Ah, make that an editor…”