I’m excited to announce that editor and award-winning author, Jodie Renner, is joining 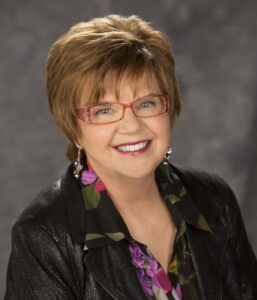 TKZ. Jodie has made numerous guest appearances here, sharing her wealth of knowledge and experience with everyone. She will be a terrific addition to our team. We look forward to seeing Jodie’s posts as she alternates with Clare on Mondays. Welcome to the Zone, Jodie. – Joe Moore

Thanks so much, Joe! I’m honored to join such a talented, articulate group of writers here on The Kill Zone! – Jodie Renner

BTW, for any of you authors interested in techniques for adding tension, suspense and intrigue to your novels, I have two articles on this topic in the latest two issues of Suspense Magazine.

State Cause Before Effect, Stimulus before Response

Have you ever been engrossed in a novel, reading along, when you hit a blip that made you go “huh?” or “why?” for a nanosecond? Then you had to reread the sentence to figure out what’s going on?

Often, it’s because actions are written in a jumbled-up or reversed order, rather than the order they occurred. Do this too often, and your readers will start getting annoyed.

For example:
John pulled the Mercedes up and Karen got her brand-new shoes soaking wet when she quickly opened the door and stepped right into a puddle.

First the reader reads: “John pulled the Mercedes up and Karen got her brand-new shoes soaking wet” and goes “Huh?”, then reads the rest and is subliminally irritated that he had to reformulate his original thought-image.

Better: John pulled the Mercedes up and Karen quickly opened the door and stepped out — right into a puddle. Her brand new shoes were soaking wet.

In my blog post here last Wed. on bringing your characters to life by showing their reactions and emotions, I discussed showing immediate, visceral reactions before the delayed, reasoned ones. In other words, showing character reactions in the order they occur, starting with the emotional reaction and automatic reflex, which should occur immediately after the stimulus, just like it does in real life, not with a delay to explain anything.

Along the same vein, when showing actions and reactions in your fiction, it’s important to pay attention to the syntax of the sentence.

This way, the ideas flow more naturally and smoothly, and readers don’t have to skip back in the sentence to figure out what’s going on, which confuses them momentarily and jolts them out of the story.

As Ingermanson and Economy say in Writing Fiction for Dummies, “Here’s a critical rule: Always get the time sequence correct and always put the cause before the effect.”

Similarly, Dwight V. Swain discusses this same issue when he talks about “motivation-reaction units” in his excellent book, Techniques of the Selling Writer.

Here are some “before and after” examples, disguised, from my fiction editing. The “after” examples are just one or two of many possibilities.

~ State little actions in the order they occur:

Before: David yelled out in pain when the door slammed on his fingers.

After: The door slammed on David’s fingers and he yelled out in pain.

Or: The door slammed on David’s fingers. He leaped back and yelled out in pain.

Before: She pulled her arm away when the man tried to grab her.

After: The man tried to grab her, but she pulled her arm away.

Or: The man tried to grab her arm, but she pulled away.

~ Describe physically sequential actions in the order they occurred:

Before: Jake walked the five hundred yards over to the police station and left his car in front of the restaurant.

After: Jake left his car in front of the restaurant and walked the five hundred yards over to the police station.

Before: Rushing to escape the flames, he turned towards the fire escape as soon as he’d left the room.

After: Rushing to escape the flames, he ran out of the room towards the fire escape.

Before: Boyd jumped out of the car as he reached the parking lot and ran into the building.

After: Boyd drove into the parking lot, jumped out of the car, and ran into the building.

As I said, if you don’t write the actions in the order they occurred, it causes momentary confusion for the reader. Do that enough and they start getting subliminally annoyed.

Also, avoid using the way-too-common “ing” verbs (gerunds) for actions that occur one after the other. Verbs ending in -ing imply simultaneous action, where often, there is none:

Before: She slammed the car door, running up the sidewalk.

After: She slammed the car door, then ran up the sidewalk.

Before: He took out his keys, starting the car.

After: He took out his keys and started the car.

In the “before” examples above, the –ing verbs imply that the actions occurred at the same time, which is impossible — she can’t run up the sidewalk as she’s slamming the door. He can’t start the car while he’s taking out his keys.

Here are a few more disguised examples from my editing:

Before: He disappeared for fifteen years, coming back better dressed and full of stories.

After: He disappeared for fifteen years, then came back better dressed and full of stories

Before: Sarah stood up and stretched, ambling over to the trash can, tossing her empty coffee cup into it.

After: Sarah stood up and stretched, then ambled over to the trash can and tossed her empty coffee cup into it.

~ But break the “stimulus before response” rule occasionally for effect:

To add more suspense and intrigue, show a character’s reaction to something shocking before describing what she is reacting to. This way, you’ll have a moment of suspense between the horrified reaction and the revelation of what’s being seen. Also, it may take a paragraph or more to describe what she’s seeing, so her reaction would be delayed, which can be a bit anticlimactic.

Example:
“…the beam of her flashlight scanned the floor ahead. She stopped and gasped in horror.
Calvin lay on the concrete, his eyes starting unseeing at the ceiling. Blood spattered the floor around him. His throat had been cut from ear to ear.”

Look through your WIP and see if there are places where you’ve put the cart before the horse. To avoid reader confusion and possible annoyance, it’s almost always best to describe events in the order they happened.

Jodie Renner is a freelance fiction editor and the award-winning author of three craft-of-writing guides in her series An Editor’s Guide to Writing Compelling Fiction: Captivate Your Readers, Fire up Your Fiction, and Writing a Killer Thriller. She has also published two clickable time-saving e-resources to date: Quick Clicks: Spelling List and Quick Clicks: Word Usage. You can find Jodie at www.JodieRenner.com, her blog, http://jodierennerediting.blogspot.com/, and on Facebook Twitter.

34 thoughts on “Phrasing for Immediacy and Power”