Skip to primary content
by James Scott Bell
@jamesscottbell
So you want to make money as a writer. I feel a Seinfeld coming on: Not that there’s anything wrong with that! Because there absolutely isn’t. In fact, it’s a good thing to write for money.
Writers write. And these days, writers increasingly publish. But digital and print are not the only games in town. To invigorate the flow of your income stream, think diversification.As in, trying new things, putting out your content in all possible forms. Here are two to consider: Audio and Serialization.
Audio
According to the Wall Street Journal (link may expire),there is an “explosion” in the production and consumption of audio books:
“We’re moving toward a media-agnostic consumer who doesn’t think of the difference between textual and visual and auditory experience,” says Don Katz, Audible’s founder and CEO. “It’s the story, and it is there for you in the way you want it.”
Audio books have ballooned into a $1.2 billion industry, up from $480 million in retail sales in 1997. Unit sales of downloaded audio books grew by nearly 30% in 2011 compared with 2010, according to the Audio Publishers Association. Now they can be downloaded onto smartphones with the tap of a finger, often for the price of an e-book.
This development is not without its critics and concerns:
The rapid rise of audio books has prompted some hand-wringing about how we consume literature. Print purists doubt that listening to a book while multitasking delivers the same experience as sitting down and silently reading. Scientific studies have repeatedly shown that for competent readers, there is virtually no difference between listening to a story and reading it. The format has little bearing on a reader’s ability to understand and remember a text. Some scholars argue that listening to a text might even improve understanding, especially for difficult works like Shakespeare, where a narrator’s interpretation of the text can help convey the meaning.
Despite the doubts, it’s clear that audio is not only here to stay, it’s going to keep on growing. Which means another income stream for authors.
If you are going it alone, writer, the path to a recorded version of your work couldn’t be simpler. The ACX program at Amazon has one of the most user-friendly sites in publishing. Go cruise around it and see for yourself. Start hereto get an overview of the program.
You have two basic choices. You can pay for equipment (or rent a studio) and figure out how to produce your own work. Or you can partner up with a narrator/producer and split the proceeds. That’s what I chose to do with a guy named Sands from Alaska. Together we have two audiobooks available:
Fiction Attack! Insider Secrets for Writing and Selling Your Novels & Stories
One More Lie
I’m currently auditioning female narrators for the audio version Pay Me in Flesh (Note: I retained those rights during contract negotiations. If you go traditional, discuss this with your agent). I’ll do the same with the other 8 books I have available with women as protagonists. For some of my other work, I’m planning to try it myself. I like listening to Stephen King narrate his own books, and I figure what’s good enough for him…
Serialization
Now we come to the serials idea, which is gaining momentum via Amazon. I recently interviewed thriller author Reece Hirsch, author of The Adversary (serialized via Amazon’s Thomas & Mercer imprint) about his new venture:
“I’m writing a series of thrillers for Thomas & Mercer, featuring Chris Bruen, a former Department of Justice cybercrimes prosecutor who is now in private practice helping clients combat hackers and cybercriminals. Each of the three books in the series will be published initially as Kindle Serials, which means that for a one-time price of $1.99, an episode will be automatically delivered to your Kindle each week for eight weeks. After the serialization is complete, the book will be available for order as a paperback and as a regular ebook. The book’s pricing is typically higher after the serialization period.”
In addition to the serialization, Amazon sets up a discussion board for each Serial so that readers can comment on the episodes as they’re released. “I intend to mix it up with 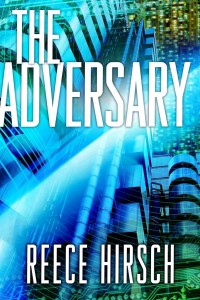