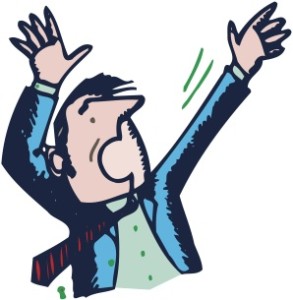 You hear it every time there’s a panel of agents and/or editors, when they are asked what they’re looking for in a manuscript. Someone always says, “A fresh voice.”

But no one knows how to define it. Over the years I’ve heard some attempts at explanation, and I’ve jotted them down. Here they are:

• Personality on the page.

• It’s something written from your deepest truth.

• Your expression as an artist.

Well, okay. I guess. But how do we develop voice? Indeed, is it something that can be developed? Or is it something you’re born with?
What if you write in different genres? Is your voice in a noir thriller going to be the same as your voice in a romance?
Should writers even worry about voice? I counsel my students to be true to the story they’re telling, true to the characters, and not to worry about this elusive thing everyone says they want. If the tale is well told, that’s the main thing.
But I do think there is something to be said for trying to coax out a little more voice, even though you can never quite nail it down to pure technique.
So what is it that does the coaxing? In a word, joy.

“In the great story-tellers, there is a sort of self-enjoyment in the exercise of the sense of narrative; and this, by sheer contagion, communicates enjoyment to the reader. Perhaps it may be called (by analogy with the familiar phrase, “the joy of living”) the joy of telling tales. The joy of telling tales which shines through Treasure Island is perhaps the main reason for the continued popularity of the story. The author is having such a good time in telling his tale that he gives us necessarily a good time in reading it.” – Clayton Meeker Hamilton,A Manual of the Art of Fiction (1919)

I think Professor Hamilton nailed it. When an author is joyous in his telling, it pulses through the words. When you read a Ray Bradbury, for instance, you sense his joy. He was in love with words and his own imagination, and it showed.
I recall a Writer’s Digest fiction column by Lawrence Block, back in the 80’s, and he was telling about being at a book signing with some other authors, one of whom was a guy named Stephen King. And Stephen King’s line was longer by far than for any of the other guys.
Which got Larry to thinking, what was it about King’s stuff? And he decided that it was this joy aspect. When you read Stephen King, you feel like you’re reading an author who loves writing, loves making up tales to creep us out, enjoys the very act of setting words down on paper.
Because when you’re joyful in the writing, the writing is fresher and fuller. Fuller of what? Of you. And that translates to the page and becomes that thing called Voice.
So the question is, how can you get more joy into your writing?
Here are some thoughts:
1. Be excited about your story. If you’re not jazzed about what you’re writing, you can’t be joyful about writing it. Dwight Swain, the great writing teacher, once said that the secret of excitement is to go deeper into your characters. Create more backstory, more secrets, more complexity, and you’ll get excited again.
2. Write at your peak “freshness” time. Find out when you’re most creative and awake and alive. Write for all you’re worth during that time.
3. Take a break when it’s drudgery, and do something else for awhile. I find that if I read a passage by one of my favorite writers, I soon enough get excited about writing and want to go back to my project.
4. Try a dose of Dr. Wicked. This neat little program can be accessed online, or downloaded to your desktop for ten bucks. Basically, it makes you write fast, because if you don’t it will soon emit a terrible sound that will sandpaper your brain. Writing fast, without thinking too much, is fun, and many times you’ll tickle out some of your best stuff that way.
5. Picture the reward. Now and then you need to daydream about your finished book and all the happy readers who are going to enjoy it––and who will put you on their favorite authors list.
For more on voice, please see my book on the subject.
So what about you? Do you find joy in your writing? If not, what are you going to do about it?

56 thoughts on “Finding Your Writer’s Voice”