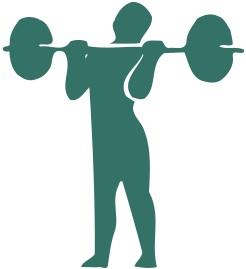 So you’re writing along in your latest novel or novella, and you come to a screeching (or, at least squealing) halt. Your story seems stalled for some reason. You don’t know what scene to write next.
You sigh, get up from your keyboard, and go to the refrigerator. You take out some of last night’s meatloaf or scoop out some ice cream. Maybe you turn on the TV and watch a little TCM or whatever dismal talk show fills the late morning or early afternoon slot in the vast wasteland of visual media.
Finally, you slink back to your keyboard and . . ..you still don’t know what to write. You start to wonder, maybe the story itself is flawed. And if this is a novel under contract, and you have already cashed an advance check, and the deadline is, like, soon, you might also feel little trickles of sweat in the armpit area.
So what do you do? I have a suggestion. I call them the two writing power questions.
1. Is there enough at stake?
In my craft books, and workshops, I always stress that the stakes of a story must be DEATH. There are three kinds of death: physical, professional and psychological/spiritual. The core issue in your novel has to be one of these or the book will not be the best it can be.
For example, in a legal thriller—the kind where the story is about a trial––that case has to be a matter of professional life and death for the lawyer. In The Verdictwith Paul Newman, he is a bottom-feeding lawyer (no, that’s not redundant, thank you very much). He has lost all self-respect. He is drinking too much. His professional life is about over.
And then he gets this case. A family comes to him because one of their own has been rendered a vegetable by the negligence of a large hospital. Okay, maybe he’ll get a quick settlement, take the money and stock up on booze. But he goes to the hospital to see her. And suddenly he cares again. He realizes he is this family’s only hope. Facing huge odds, he takes the case to the limit. If he loses, it’ll be like a little “death.”
That’s how it’s got to feel to your Lead. In a romance, the death is psychological. It’s got to feel to the reader that if the two lovers don’t get together, their lives will forever be damaged because they haven’t completed themselves with their soul mate. If it doesn’t feel that way, why read the book? Who cares?
Much literary or “character driven” fiction is of this kind. In Janet Fitch’s White Oleander, for example, the issue is whether Astrid, tossed into the foster care system, will come out whole or irretrievably harmed.
So, make this your first power question: are the stakes death? If not, backup and make it so.
2. How can it get worse?
If you’re stranded in a book, just ask yourself what is the next bad thing that can happen? What will make the character’s situation worse?
In Scott Smith’s classic, A Simple Plan, a normal guy falls into a scheme to score some drug money, maybe without anybody ever finding out. What makes the book so compelling is that it’s like a slow motion car wreck. You keep saying to yourself, Don’t do that. Please don’t do that. And then the character does it, and descends further into a pit that will eventually close around him.
Brainstorm for awhile. Make a list of the bad things that can happen. Come up with ten. Then, finally, ask: What is the absolute worst thing that can happen?
Look at the list and select the best ideas. Then put them in descending order, from bad to worse to worst. That becomes a plan for writing the rest of your book!
Whether you’re a pantser or an outliner, these two power questions can blast you through that wall, to the other side where completed novels grow.
How about you? What do you do when you’re not sure what to write next?

23 thoughts on “The Two Power Questions Every Writer Should Ask”