Skip to primary content
Happy 2013 to you! I have no idea where the time goes, but it is hard to believe that Christmas was just a bit over three weeks ago. I know where the time went: I was gifted with a time bandit popularly known as a “Kindle Fire,” and I have been carrying it everywhere with me. You can read with it, write with it (with a bit of smacking called “sideloading,” which we won’t get into here, at least not today), and also derive inspiration from it, should you lack an idea to use as a springboard for a novel or story. The Kindle Fire enables you to surf the web, as so many objects do, and if you can surf the web, you can visit news websites, and if you can visit news websites, you can find ideas for stories, novels, and even a series…whatever you want your next project to be.
I start each day by reading the web versions of my local paper, my (former) hometown paper, the New Orleans Times-Picayune, and The Drudge Report. There is always something that can serve as a springboard for a tale. This past week in New Orleans two women were arrested in a downtown hotel and charged with prostitution. One of them had a baby with her. A prostitution arrest in New Orleans is not unusual; the presence of a baby…that’s something else. The infant, as innocent as an innocent can be, was placed with Child Services.  I wondered: what is going to happen to this child? Will he placed in foster care and live happily ever after? Or will he be returned to mom who then bounces him from town to town along the Gulf Coast, viewing life through the windows of a series of seedy hotel rooms? Or worse? There are a several potential possibilities here, all of them interesting, though few of them are pleasant. I subsequently encountered another gem. Submitted for your perusal: a 911 operator in Illinois receives a call from a church rectory. The caller identifies himself as a priest and requests assistance. He is handcuffed and needs to be freed. He is hard to understand, due to the fact that his voice is muffled by the mask he is wearing. This occurrence was reported by several newspapers, whose reporters had a jolly good time writing witty headlines for the story. But…but…while I had my own chuckle over the report (I am unfortunately unable in many circumstances to resist a wallow or two in the lake of schadenfreude, even when the poor devil involved could have been me!) I couldn’t help but wonder: what seemingly innocent path in life, no doubt encountered years, even decades, previously, led the padre to his unfortunate public humiliation of that particular night? You could obtain twenty different guesses from twenty different people and there is an excellent possibility that none of them would be the same, or, for that matter, correct.
So you think you’re out of story ideas? You’re not. Read the news and try to pick only one story that you could transform into a bestselling work of fiction or award winning tale. If your local paper doesn’t report anything interesting, take a look at The Drudge Report, which isn’t a “report” but rather a page with three dozen or so links to news articles and stories of many varied stripes appearing in periodicals all across the political spectrum. I just checked the page, and found a link to a CBS-NY article about a possible New York mayoral candidate named Joe Lhota. I ask long time Kill Zone contributors and readers: does this perhaps remind you of someone we know? Anyone for a parallel universe story? 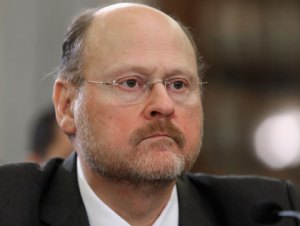 Now, if you would please: check your local newspaper this morning, online or otherwise, find an incident that you think would provide the beginning of a great story, and share. What’s happening in your part of the world?

21 thoughts on “Why the Well Never Runs Dry”