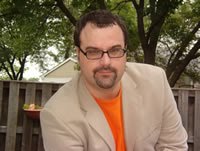 I’m a huge fan of Joe Konrath‘s ‘Jack’ Daniels series (written under “J. A Konrath”). So it was with tremendous excitement that I read this news:

This is a huge step forward, both for Joe and for Amazon’s imprint, which traditionally has only published reprints of self-published books by new authors, not original titles from known authors.
Clearly Amazon is now throwing the gauntlet to the traditional publishing houses, starting with a writer who has already 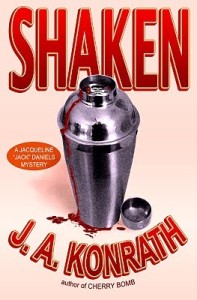 carved out a name for himself by publishing over a dozen books using Amazon’s Digital Text Platform (in addition to his success in the traditional publishing milieu).

Joe played coy regarding the actual details of his advance with AmazonEncore, saying only that he received a very favorable contract. The digital version of the book will be available on Kindle four months before the print version.

So what does it all mean? It brought to mind an interview a few weeks ago with a Newsweek editor. Responding to the news that Newsweek had been offered for sale, he said that he felt they’d been doing things backward in recent years, compiling a weekly magazine while simultaneously offering daily articles on Newsweek.com. In the future, he thinks the most viable model will be to start with the daily articles, compiling the most popular into a print edition at the end of every week for readers (such as myself) who prefer reading in print form.
In other words, the online content will drive the print content, not vice versa.

Coming on the heels of my post last week about the recent uptick in digital vs. print sales, this was big news. I’ve felt for a long time that if Amazon got their act together by offering Kindles at a lower price point (which hasn’t happened yet, but must be on the horizon), they could easily position themselves to dominate the industry, effectively cutting out traditional publishing houses. They already have massive marketing and distribution resources at their disposal. All they’d have to do was hire a team of editors, and offer the mainstays of the industry (Patterson, King, Child, Steel, etc) a larger percentage of the royalties. As Konrath says in his press release, “[This] company can email every single person who has every bought one of my books through their website, plus millions of potential new customers. I’ve never had that kind of marketing power behind one of my novels. I’d be an idiot not to do this.”

As with the music industry, what I suspect will end up happening is a consolidation of the various houses into a few major players (with, most likely, Amazon, Barnes and Noble, and Apple among them). A few months ago the industry seemed to wake up to this threat, leading to the “agency model” battles between MacMillan and Amazon. (The “agency” model is based on the idea that the publisher, not the vendor, is selling to the consumer and, therefore, setting the price.)

I think that in the end what the publishers need to fear is not that Amazon will set the prices for their new releases, but that they’ll take them over entirely.

I’m not saying this is good news for writers-it remains to be seen if this will lead to a larger publishing base, or a more narrow one. But it does appear to be the first volley over the decks in the coming battle.